* a gain of $0.7 million related to the sale of a vacant real estate parcel and
* the write-off and adjustment of $14.6 million of certain deferred tax assets primarily associated with Federal Net Operating Loss tax credits that were subject to expiration at the end of fiscal 2008.

* expenses of approximately $0.2 million for severance costs related to the Ft. Lauderdale store closing,
* a gain of $0.7 million related to the sale of a vacant real estate parcel, and
* the write-off and adjustment of $14.6 million of certain deferred tax assets previously mentioned.

Comments on the Third Quarter and Nine Months Ended October 31, 2009

Stephen I. Sadove, Chairman and Chief Executive Officer of the Company, noted, “We were able to post a modest third quarter profit due to our improved gross margin performance and diligent expense control, in spite of our comparable store sales decline.”

Sadove commented, “I continue to be very pleased with how the entire organization has aggressively responded to the challenging environment. Just as our customers have changed the way they shop, we have made changes in the way we are managing our business. We have made needed adjustments to our operating strategies, and carefully managing inventories, expenses, and capital spending are critical priorities.”

Sadove commented, “Managing Selling, General, and Administrative expenses (“SG&A”) continues to be of utmost importance. We were able to reduce year-over-year SG&A by approximately $18 million in the third quarter, which was more than we expected. Consequently, we were able to leverage SG&A during the quarter, even though comparable store sales declined 10.1%.” As a percent of sales, SG&A was 25.7% in the current third quarter compared to 26.2% in the same period last year. The Company has reduced SG&A by over $96 million (excluding certain items) on a year-to-date basis and by over $145 million (excluding certain items) over the last five quarters.

Even though sales declined, the Company’s operating margin expanded to 2.5% in the quarter from a 2.1% operating loss in the same period last year.

Consolidated inventories at October 31, 2009 totaled $799.1 million, a 21.4% decrease over the prior year. Inventories decreased 22.2% on a comparable stores basis.

At quarter end, the Company had approximately $7.1 million of cash on hand and no direct outstanding borrowings on its revolving credit facility.

Effective at the beginning of the fiscal year (February 1, 2009), the Company adopted FASB Accounting Standard Codification 470 related to accounting for convertible debt instruments that may be settled in cash upon conversion (including partial cash settlement) (“ASC 470”), which requires that issuers of convertible debt instruments separately account for the liability and equity components in a manner that will reflect the entity’s nonconvertible debt borrowing rate when interest cost is recognized in subsequent periods. The discounts (the difference between the convertible rate and a nonconvertible borrowing rate on each issuance) on the Company’s two series of convertible notes are being accreted to interest expense through the note maturity dates. Accordingly, at October 31, 2009, $36.9 million of the $230 million 2.0% convertible notes balance and $20.4 million of the $120 million 7.5% convertible notes were classified in equity. The new accounting pronouncement required retroactive application; consequently, the prior year amounts have been revised.

On October 6, 2009, the Company completed its $100 million common stock offering, priced at $6.70 per share. Net proceeds of approximately $95 million were used to pay down the balance on the revolving credit facility.

Funded debt (including capitalized leases, borrowings on the revolving credit facility, and the equity component of the convertible debentures) at October 31, 2009 totaled approximately $576.8 million, and debt-to-capitalization was 36.4% (without giving effect to cash on hand).

The Company has flexibility under its debt facilities, with no short-term maturities of senior debt. The revolving credit facility terminates in September 2011, and the Company is subject to no financial covenants unless the availability falls below $60 million. At that point, the Company is subject to a fixed charge coverage ratio of at least 1:1. Based on the Company’s operating plans and cash management actions, it expects to have ample future availability under its revolving credit facility and does not expect to be subject to the fixed charge coverage ratio.

Outlook for the Fourth Quarter of 2009

The Company’s assumptions for the fourth quarter, second half, and full year of fiscal 2009 (excluding the impact of certain items) are outlined below. Variation from the sales trends, up or down, could materially impact the other assumptions listed.

Sadove concluded, “We believe there is more stability and predictability in our business compared to twelve or even six months ago; however, the overall environment remains challenging.

“As we look to next year, we remain cautious about the environment and are planning accordingly. We continue to focus on what we can control  inventory, expenses, and capital spending. For fiscal spring 2010, we have planned inventory receipts down modestly, and expense containment will remain a priority. Our capital plan for 2010 has not yet been finalized, but we expect net capital spending will approximate $40 million to $45 million next year, which primarily is our maintenance capital level and includes no new Saks Fifth Avenue stores or major renovations.”

Sadove added, “Even though we remain cautious in our near-term outlook, we are positive about the future of our business and luxury retailing. We believe the actions we have taken and our current merchandising, service, marketing, and cost containment initiatives will position us to significantly improve our performance in the long term.” 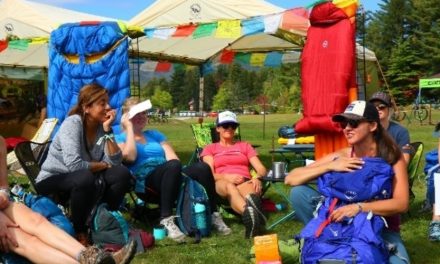 San Diego Climbing Center to Open in May