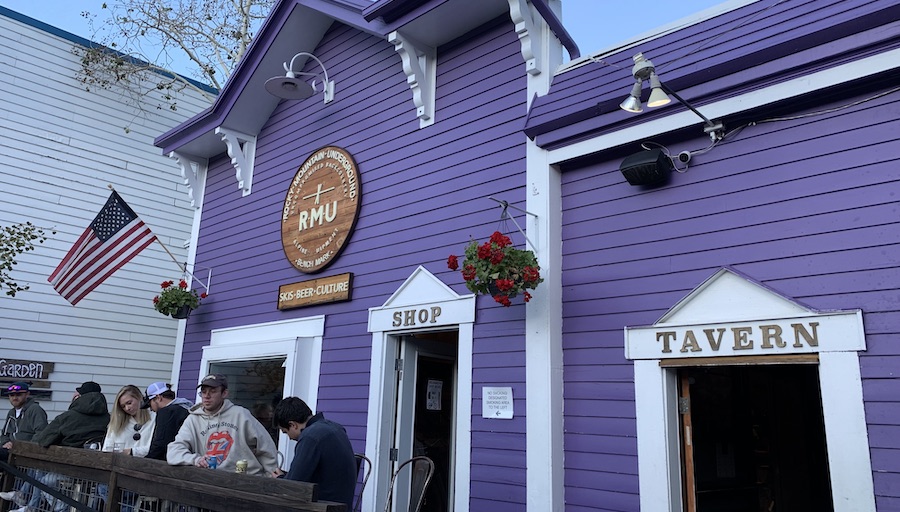 As the founder and president of Breckenridge, CO-based Rocky Mountain Underground (RMU), Mike Waesche might be expected to boast about the international expansion his company is undertaking this fall.

But the fireman-turned-ski maker-turned-entrepreneur sees this latest move a little differently than other business owners would, perhaps because RMU is a different business. The handcrafted ski manufacturer also operates a combination retail shop and tavern in its hometown of Breckenridge—a “community gathering space,” as Waesche calls it.

So what’s important to him and his company is not that RMU is investing more than $500,000 of capital for a new locale in Whistler, British Columbia, but that this development is happening thanks to a collective effort from the entire RMU team.

“Sometimes these announcements get so glorified, but this was such a grassroots effort,” Waesche told SGB. “We’ve had so many hardships along the way just to get to this point that sometimes I hate to see it communicated as if we just walked out, opened up our pocketbook and said, ‘Here you go.’”

Indeed, finding the right spot in Whistler took a staggering four years. It even included many nights of Waesche and his RMU teammates sleeping in a converted Ford E-350 to save money during exploratory trips to BC.

Parked in campgrounds or on friends’ driveways or along Forest Service roads, they would spend cold nights mapping out their expansion options, their dreams for bringing the RMU model north of the border.

“People hear about us expanding and they see the brand growing, but the only way we were able to do this was by living out of a van in Whistler,” he said. “It was years of work and freezing nights in a van to even to get to a point where we can see this day.”

Scott Mant, RMU’s North America sales manager, is based in Canada and leading the renovation and launch of the Whistler shop, which was most recently a bistro and before that a high-end French cuisine restaurant. He agreed that the road there was long and winding, yet well worth the struggle.

“Mike and I’ve been looking to partner on the space for almost four years now—four years of looking, navigating non-competes, losing deposits on other real estate options that fell through,” Mant said. “It’s been a grind for sure.” 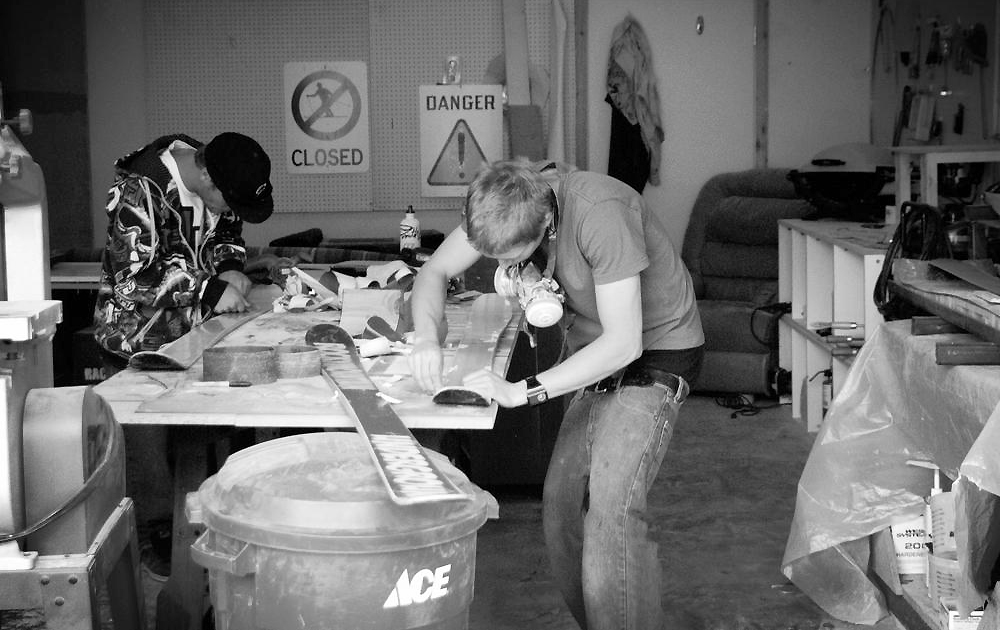 That grind fits RMU’s do-it-yourself ethos. The employee-owned company hasn’t sought outside capital, and it’s seeing sales grow at an annual rate of 18 percent, an impressive clip considering the humble ski bum origins of Waesche and his friends making skis in a Summit County basement (hence the business’ moniker). That first year, in 2008, they would sell a pair for 30 beers and the cost of materials.

As their ski making improved, however, an actual company started to take shape. The first production run came in 2010 with house-painting on the side to help fund the operation, and RMU became a “real business” in 2015 when Waesche was able to quit his day job as a fireman to make skis full time.

A year after that, RMU opened the shop and tavern on Breckenridge’s Main Street, where the company tapped into the two primary needs for most ski resort visitors—beer and gear. RMU was officially a business, though Waesche still views the company as a startup today, “an 11-year-old startup,” he said with a laugh.

RMU designs skis in Colorado, outsources their manufacturing at factories in Sweden and Austria—including at the Blizzard facility—and sells them the world over. But the company also designs, makes and sells packs, duffels and boot bags. In other words, toss in the taproom and RMU offers all the ski bum essentials. 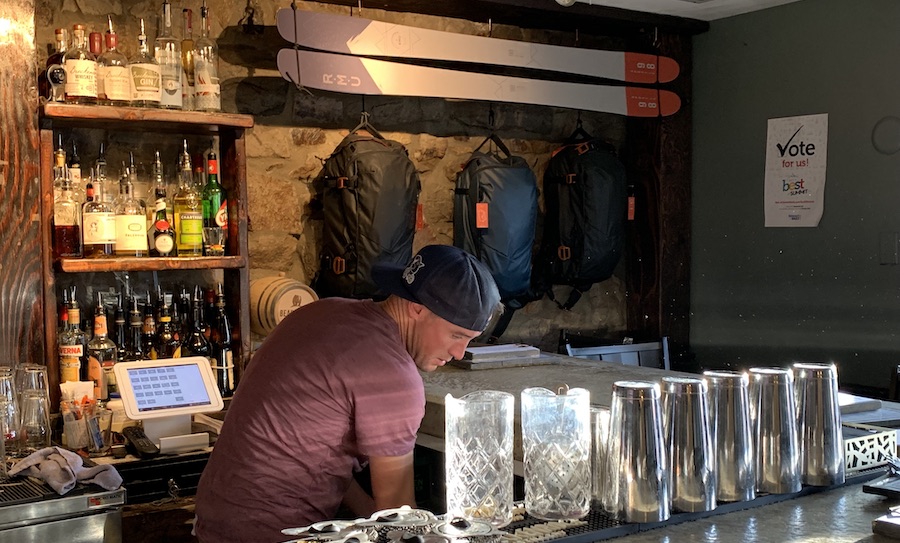 “We’ve got skis, packs and beer,” Waesche said. “Everything that we’ve built has been a solution for all our lifestyles.”

The business also has built a nice omnichannel model with success in both wholesale and direct sales. In fact, Waesche said, the two channels complement each other, with the shop and tavern growing brand awareness and sending customers to seek RMU product at their local ski specialty shops.

“We are just as involved in the partnerships with our dealers as we are in direct-to-consumer,” Waesche said. “But what we found is that direct is actually growing our wholesale channel. They just feed each other.”

RMU has six vested employees and three more on track to be fully vested by the end of 2019. The company’s vesting parties include the new co-owner getting their own—what else?—personalized vest to signify the accomplishment.

And while building and selling skis generates revenue, the business model truly revolves around the mountain lifestyle that shaped RMU’s culture.

“We’re not exactly a 9-to-5 company,” Mant said. “It’s not uncommon to see three people just kick off in the middle of the day and go for a few runs. At the end of the day, it’s Mike’s and my dream, as well as all the other employees, to be able to travel around the world skiing and calling it work.” 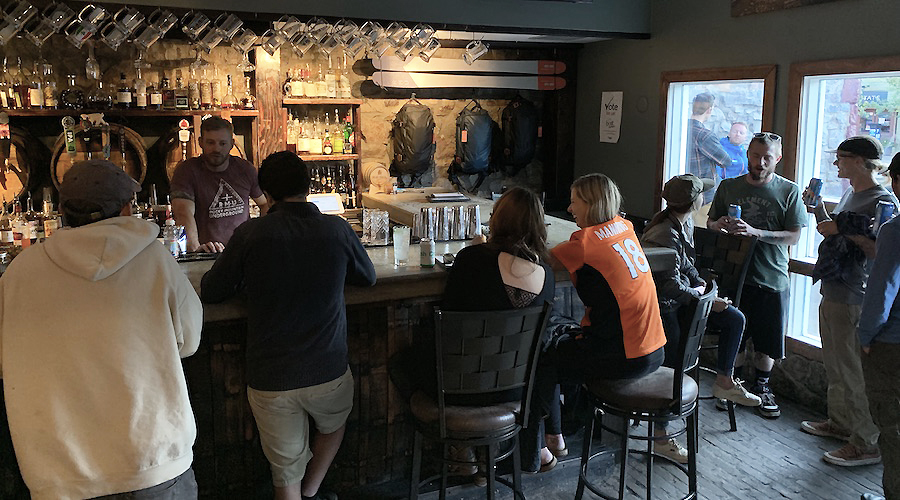 Now the next chapter in RMU’s ongoing “startup” story is set to begin. In a couple of months, the company’s unique combination manufacturer/retailer/restaurateur will set up shop just 100 feet from the Whistler Blackcomb slopes and its new 10-person gondola.

The Whistler locale, expected to open December 1, will increase RMU’s employee count by 50 percent, to 60 from 40. It will mirror the Breckenridge location with the bar vibe at night but with an added focus of serving coffee and grab-and-go breakfasts for skiers and riders passing by en route to the lifts.

Though the buildout into a “transformative” space is just underway, the Whistler addition already signals an expanded market opportunity for RMU as the company looks to ramp up its Canadian presence and distribution.

“In many ways, this is a much stronger commitment to that market,” Waesche said. “We’ve grown year-over-year there, and last year was about 20 percent growth in BC and Alberta. It was interesting to see the brand catching some traction there. The storefront is a much bigger commitment, and it’s a great way for the brand to interact.”

Interacting is at the heart of RMU’s model. On a recent Sunday afternoon, the Breckenridge tavern hosted meetings for entrepreneurial and nonprofit groups, welcomed service industry workers for a pint after their shift, and televised football games for residents and visitors taking a break from their afternoon activities such as demoing bikes from RMU’s shop.

This is the year-round scene for RMU, and it’s one the company believes will naturally replicate itself in Whistler Blackcomb. And while RMU is technically expanding its empire and growing its business, employees remain firmly rooted in their ski bum origins.

“It’s not a marketing façade,” Mant said. “We are skiers—we always try to ski a minimum 50 days—we give back to the community and we build cool product. This is about bringing the brand to Whistler but also telling a story of who we are as a company. We just want to create a cool community place where people can come down after a day of skiing, have an après beer and just enjoy the space.”