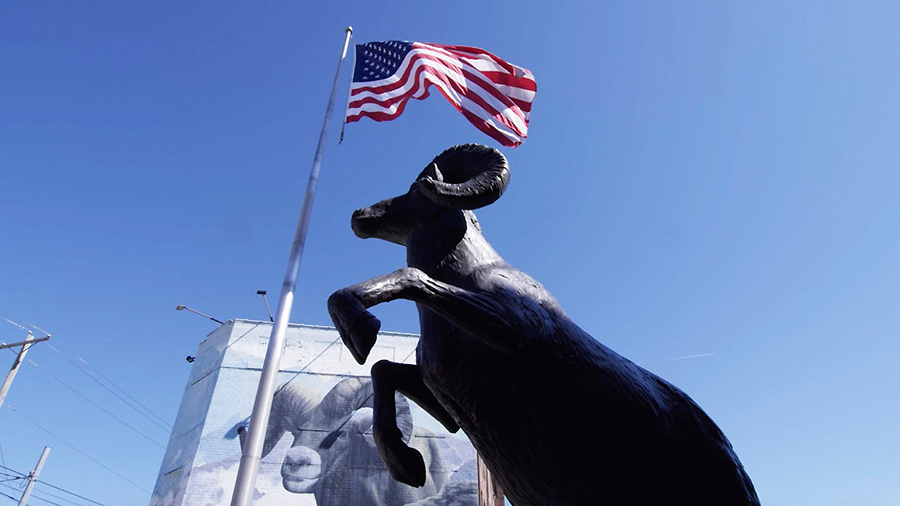 More than half of the footwear that Rocky Brands Inc. imports is made in Chinese factories, so the fourth tranche of tariffs that went into effect in September should place significant pressure on the company’s bottom line beginning in the fourth quarter.

But, like many others entangled in the trade war, the Nelsonville, OH-based company—whose brands include Rocky, Georgia Boot, Durango and Lehigh, and the licensed brand Michelin Footwear—is working to mitigate the effect of tariff increases on its balance sheet.

The company is “negotiating better terms with our suppliers, sourcing product from outside of China and selectively raising prices,” CEO Jason Brooks said on Thursday’s earnings call.

The impact wasn’t too severe in the third quarter, however, primarily because footwear orders were placed well in advance of the latest tariff increase. Rocky Brands on Wednesday announced net sales for its third quarter ended September 30 increased 2 percent to $67.2 million compared to $65.9 million in the third quarter of 2018, though it missed analysts’ estimates by $1 million.

As the tariff impact looms, however, look for some of those numbers to soften—how much remains to be seen. As CFO Tom Robertson explained on the call, the company can’t give a “firm number on the impact [of tariffs] for Q4, because “it’s a really fluid percentage changing on a daily basis,” he said.

He and Brooks then outlined the ways that Rocky Brands is working to mitigate tariffs moving forward.

One, Rocky Brands is working to reduce the percentage of boots that it imports from China, but that will take a while, they explained. “Anybody who follows the forward markets should know that your orders are out anywhere from 90 or 120 even 180 days in some cases,” Robertson said. “So some of that we are not going to be able to mitigate until the beginning of 2020.”

As part of that process, the company is looking to other countries for production, including one with both a lower tariff impact and shorter shipping time. “We’re very confident that we’re going to increase our capacity in the Dominican Republic,” Robertson said. “We think that’s a huge advantage that Rocky has over some of our peer group. And we’re going to be able to increase the capacity there, move higher volume styles as needed and where it makes sense from China to the DR.”

While the company is exploring other countries outside of China, it is mindful of not jeopardizing the quality of the footwear, Robertson said. “There’s a lot of challenges that come with moving footwear from one factory to another, so we’re going to do it very cautiously and we’re going to do it as quickly as possible. But we don’t want to jeopardize the brands we’re trying to transition something too fast,” he said.

Second, the company hopes to lessen the impact of tariffs by selectively raising prices. “We think a small or modest price increase will help with the margin impact as we move into 2020,” Robertson said.

Third, the company is working with its Chinese partners on manufacturing discounts so that both Rocky Brands and its vendors are sharing the burden of the increased tariffs. “Our suppliers of leather, our suppliers of waterproof, the raw material side of it—everybody is aware of the tariffs,” Brooks said. “So when you walk up and say, ‘Guys, I need an additional percent discount,’ people are least willing to talk to you about it. Before, if you couldn’t explain it, then they wouldn’t even discuss it.”

And fourth, Rocky Brands is working with its retailers on pricing so that the increase is absorbed among the brand, channel partners and customers. “I think our retail partners are also going to be good partners and say, ‘OK, some of it is going to have to move on to the consumer,” Brooks said. “And then some of it, they’re going to eat it as well. So I think it’s really important how we look at every style and how it is affected by the price increase that we are going to apply to it in the marketplace.”

The company warned that while it’s optimistic about the effectiveness of current and future tariff-mitigation measures, look for continued near-term pressure on profitability.

“It will likely take until early 2020 for these to positively impact our income statement,” Robertson said. “In the meantime, we are anticipating some short-term pressure on gross margins, which will make it difficult to improve profitability over a year-over-year basis in the fourth quarter.”

Even as Rocky Brands begins to enact these tariff mitigation measures, talks of a truce between China and the U.S. are heating up—just as they have before to no avail. Not knowing what will transpire has confused companies in their approach to importing strategies, but Brooks is confident that Rocky Brands now has measures in place to deal with whatever the trade war brings.

“Regardless of how this trade war plays out,” Brooks said, “I am confident that the strength of our brand portfolio, our margin-enhancing growth prospects and internal manufacturing capabilities will allow us to deliver increased profitability over the long-term.”