Reebok created the Rbk Touchdown Squad – Comprised of six top Reebok quarterbacks, the squad will aim to earn $1 million for charity by breaking the current record for most touchdown passes thrown by six players in a season — 206. The Rbk Touchdown Squad will consist of six starters, with two reserves. The squad will include the following Reebok quarterbacks:

Kicking off on the first Sunday of the regular season, each touchdown thrown will be tracked on http://www.reebok.com where fans can check out the Rbk Touchdown Squad's progress toward the ultimate goal of 207 touchdowns, beating the current 206 record. If the players meet the target of 207 touchdowns, $500,000 will be donated to the Boys & Girls Clubs of America and the remaining $500,000 will be split evenly and donated to each player's personal charities.

“As the official NFL apparel provider for the NFL, we wanted to challenge our elite players to make this season truly memorable for the fans as well as the kids that are members of the Boys & Girls Clubs,” said John Lynch, vice president of sports marketing for Reebok. “We want to set the bar high for our players and in the hopes of making every touchdown thrown by a Reebok athlete a cause for celebration on and off the gridiron.”

One of the top players on the Rbk Touchdown Squad, Peyton Manning broke the NFL record last season for touchdown passes (49) while capturing his second consecutive NFL MVP Award. The team also features one of last season's Super Bowl quarterbacks and a perennial Pro Bowler, Philadelphia Eagle Donovan McNabb. Last season, QBs Marc Bulger and Matt Hasselbeck lead two of the NFL's most feared passing attacks, throwing for more than 7,000 yards combined for the St. Louis Rams and the Seattle Seahawks respectively. Rounding out the starting line-up for the squad are Leftwich and Pennington, who are primed for stellar seasons after fine tuning their team's passing games last year. In addition, the youngsters on the team, Eli Manning and Alex Smith also have an impressive touchdown pedigree and both were the top overall draft picks in the last two NFL drafts.

In addition to the potential $1 million donation for 207 touchdowns, Reebok will also make a $50,000 donation to a player's individual charity if that player eclipses the record for touchdown passes thrown in a game (seven). The record of seven touchdowns was set in 1943 by Sid Luckman and tied by four other quarterbacks. Peyton Manning threw six touchdowns in one game during the 2003 season.

“Reebok's unique touchdown challenge makes every pass these quarterbacks throw count even more,” said Roxanne Spillett, president of the Boys & Girls Clubs of America. “Not only can a touchdown throw win a big game, it will help support football programs at Boys & Girls Clubs across the country.”

Reebok will track the progress of six starters each week. The six starting quarterbacks have been their team generals for at least a full season and Eli Manning, quarterback for the New York Giants and Alex Smith, the 2005 number one draft pick of the San Francisco 49ers, will serve as reserves on the Rbk Touchdown Squad. Manning and Smith will become starters if there are injuries or there are extenuating circumstances preventing one of the starters from competing on Sunday or Monday night. The Rbk Touchdown Squad will play a sixteen week season, so bye weeks for all players will be calculated into their totals. 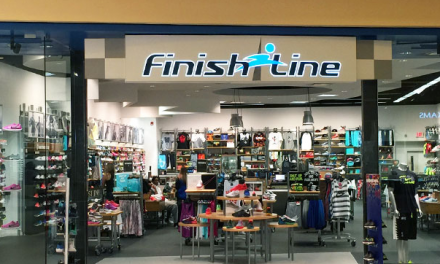