Rawlings To Become Even Bigger Baseball Powerhouse With Easton Acquisition 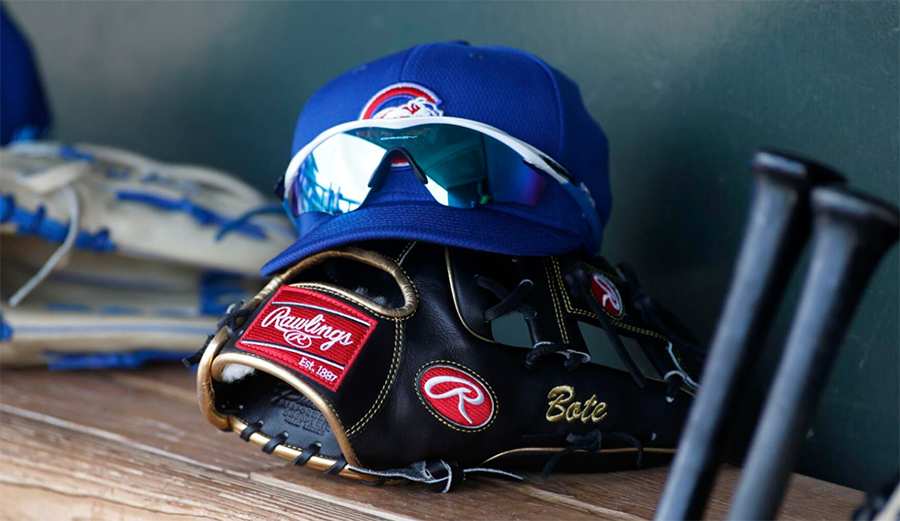 The pending acquisition of Easton Diamond Sports is expected to boost Rawlings’ capabilities in the baseball and softball bat category, but Mike Thompson, Rawlings’ chief marketing officer, told SGB Executive he expects the combination will accelerate innovation across a wide range of categories for both brands and help grow the game of baseball.

As reported, Rawlings Sporting Goods, which also owns Miken and Worth, said Tuesday it reached an agreement to acquire Easton Diamond Sports from Peak Achievement Athletics Inc., which also owns Bauer Hockey, Cascade Lacrosse and Maverik Lacrosse. Terms of the deal were not disclosed. The Easton hockey and cycling business are owned by other companies and are not part of the deal.

The transaction is subject to the satisfaction of customary closing conditions, including the receipt of U.S. regulatory clearance. Existing shareholders of Peak Achievement Athletics will continue to participate as minority owners in the combined organization.

The combination is expected to create a baseball and softball equipment provider with a more diverse multi-brand portfolio supported by a deeper pool of expertise and talent. The combined organization will be positioned to further invest in R&D to drive product innovation, offer a one-stop shopping experience, offer increased support for its retail partners, and expand customization options for players.

“Both companies, Rawlings and Easton, have strategic gaps in their product portfolios,” said Thompson. “Meaning, Easton is a leading non-wood bat company, and Rawlings is not. Rawlings is the leading glove company, and Easton is not. So, there’s complementary product lines and gaps on the other side whereby — it’s the old ‘one plus one does equal three’ situation — the product lines complement each other. And ultimately, the consumer will win in this scenario.”

The combination will also enable Rawlings and Easton to take advantage of each other’s marketing alliances. 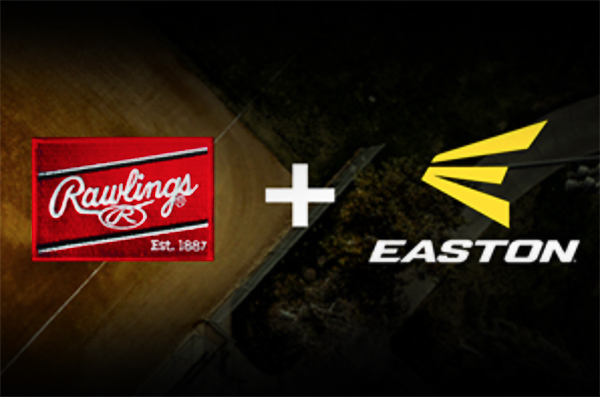 Louisville Slugger which, along with Wilson, is owned by China’s Anta Group, is the MLB’s Official Bat.

Easton stands to benefit most from Rawlings’ close partnership with MLB. In 2018, Los Angeles-based private equity firm Seidler Equity Partners partnered with MLB to acquire Rawlings from Newell Brands Inc. for $395 million. MLB acquired a minority stake in Rawlings as part of the transaction.

The Rawlings and Easton merger will help the brands further invest to grow the game of baseball and softball, an initiative that will strengthen the industry overall and create opportunities for enhanced partnerships. Thompson suspects those efforts will be helped by Easton’s partnership with Little League and other amateur leagues.

Thompson said talks about a potential acquisition have been ongoing for some time and Rawlings was pushing those discussions given the familiarity of Rawlings’ president and CEO, Mike Zlaket, with Easton. Zlaket had worked at the baseball/softball business of Easton from 1991 until 2011, and ultimately leading Easton’s baseball, softball and hockey business. In April 2013, he returned to become President of Easton-Bell Sports and guided the sale of the baseball/softball division for $330 million to Peak Achievement Athletics.

Thompson said Zlaket’s connections with Peak Achievement Athletics’ management and its owners, as a result of the sale, helped support discussions, but his long experience with the Easton baseball and softball business was even more helpful in identifying synergies when combined. Said Thompson, “He understands and knows the company very well, and he always knew it would be a good fit.”

The fact that both companies are owned by private-equity firms also supported the deal, he said. Peak Achievement Athletics was acquired by two private equity groups, Sagard Holdings Inc. and Fairfax Financial Holdings, in bankruptcy proceedings in February 2017.

Thompson said it was too early to discuss potential changes resulting from the merger, including whether Dan Jelinek, president of Easton, and much of his team would be remain. In the short term, Easton and Rawlings will continue to operate independently until the deal closes. The deal still requires regulatory approval and, Thompson said Rawlings “hope” to close within 30-to-45 days.

After the closing, Thompson said that as typical in mergers, the two sides will look for “synergy somewhere” to optimize expenses, but Rawlings plans to keep Easton’s operation in Thousand Oaks, CA, which includes its R&D lab. Rawlings is headquartered in St. Louis, MO.

Thompson suspects retailers should be excited about the combined brands because it will enable each company to take advantage of each other’s expertise and to drive innovation.

“We believe we’re the best ball glove manufacturer in the world. We believe we know more about how to construct a baseball than anybody in the world. And we believe Easton is the leading supplier of bats with its R&D and know-how in that space. Again, I know this sounds corny, but it is the ‘one plus one equals three.’”

He added, “We want to bring innovative products to market faster. We want to be able to give consumers what they want, and we want to give them choice,” said Thompson. “We want to make sure that we’ve got customization options available, and merging the two companies together provides more opportunity to do that.”

The acquisition comes as Rawlings has been on a growth trajectory over the last five years and has been regularly hitting its revenue targets over that period of time.

Rawlings has benefited from favorable trends in baseball participation seen since the MLB-led launch of the Play Ball youth initiative in 2015 helped drive interest at lower levels. The sport has also partnered with USA Baseball to create baseball programs in school gym classes across all 50 states.

Efforts to key retailers, including Dick’s Sporting Goods, to better service baseball at the store level have helped drive interest in the category.

Thompson also said Rawlings has been helped by the shift in ownership to Seidler Equity Partners, whose chief owner, Peter Seidler, is the managing partner of the San Diego Padres. Said Thompson, “They’re baseball-minded people. They understand the sport. They have a long history inside the sport and understand what needs to happen inside of baseball.”

He also said Newell “did the right thing by selling us” because the baseball business didn’t fit alongside the other consumer brands in its portfolio. Said Thompson, “Now we have the perfect fit. When you have like-minded ownership helping you to succeed and giving you the resources to do so and also ownership that understands the sport and what needs to happen to make everything work, it’s a plus-plus.”

In the current year, the emergence of COVID-19 placed baseball “into a little bit of shell” with the spring season canceled. Play has made a slow return with the MLB able to come back with a shortened season.

He said Rawlings adjusted its sales projections after the pandemic arrived and is exceeding the dimmed expectations as the business has rebounded faster than expected. However, Thompson said it’s still uncertain if 2021 will be a recovery year for baseball given the ongoing risks around the virus. He also said the baseball category will likely face a tough year. Many leagues that were canceled this past spring will likely use the uniforms and other gear they had bought for the 2020 season instead of purchasing new for 2021.

Thompson estimates it will take a year to clear the inventory from the marketplace. He said, “By the time we cycle through 2021, we will be at a good spot for 2022 and beyond.”