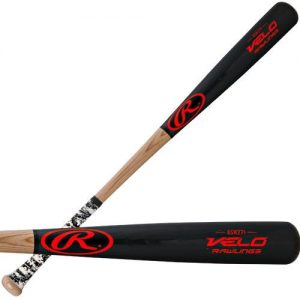 The Rawlings Adirondack Bat Factory in Dolgeville, NY has become one of the victims of the Emerald Ash Borer, an invasive species that is wreaking havoc on trees that are used to make their baseball bats, according to a press release from U.S. Senator Charles E. Schumer.

The New York senator on July 29 visited the factory to point out that critical federal funding that is supposed to be used to stop the spread of invasive species like Ash Borers in the Mohawk Valley could be at risk to pay for fighting wildfires outside of New York State, due to severe budget restraints.

Schumer urged his colleagues to immediately support the Wildfire Disaster Funding Act of 2015. This bipartisan bill would help provide budgetary relief for the Forest Service, so that funding for programs like those that combat the Ash Borer in the Mohawk Valley and the rest of New York State can remain intact throughout the year, and also grant additional flexibility to the Forest Service to better fight wildfires.

“The onslaught of the Emerald Ash Borer across Upstate New York has not only harmed the environment, but America’s favorite pastime has also taken a hit. Big league-quality bats have been made on McKinley Ave for decades, but as invasive species like the ash borer reduce the supply of quality wood available to make the highest quality bats, the company’s costs rise and the game of baseball suffers,” said Schumer. “Funding intended to be used for preventing the spread of these aggressive‎ invasive species is critical, but this funding is regularly being disrupted when the Forest Service is forced to use it to cover shortfalls in their wildfire programs. That is why we need a long-term fix to ensure we can fight both the spread of species like the Emerald Ash Borer while at the same time providing better resources to combat wildfires. I’m urging my colleagues to pass this bill in Congress because it would be a homerun for Rawlings Adirondack Bat Company, their local workers, and the professionals who rely on these bats.”

Schumer explained that current federal policy has created budget constraints through imposed spending limits for fighting wildfires, which is based on a 10-year average. But because these fires are becoming increasingly more expensive to fight, funds are quickly depleted. When the funds for fighting these wildfires are exhausted, the Forest Service, under the U.S. Department of Agriculture (USDA), is then forced to use funding from other programs, like ones that help combat the spread of the ash borer, to cover the shortfalls in their wildfire budget. Schumer said this process – known as “fire borrowing” – is a direct result of the fact that the Forest Service is subject to strict budgetary restraints and that any emergency funding provided for wildfires must be offset by cuts to other programs.

Schumer said this “fire borrowing” ultimately makes it harder for the agency to effectively prevent and fight fires and disrupts funding for other essential programs, which in effect demonstrably limits the effectiveness of those other programs. Schumer said that this strict budgetary constraint is unlike funding for other disasters, such as the funding available to Federal Emergency Management Agency (FEMA) to respond in the aftermath of a hurricane or other major natural disaster. Instead, the Forest Service must use funding from its other programs to cover the rising and unpredictable costs of wildfires. As a result, it is forced to take funding from other vital programs, like the one that helps the Forest Service fight invasive species such as the Emerald Ash Borer. Last year alone, the Forest Service had to transfer $700 million from other programs to fight wildfires. Schumer said repeatedly borrowing funding from programs to cover shortfalls in other programs creates long-term structural budget issues and sets up unnecessary bureaucratic hurdles.

On top of that, it hurts local businesses that rely on Ash trees for their livelihood. During Schumer’s visit to Dolgeville, he highlighted the Rawlings Adirondack Bat Company as a prime example of a company that could be harmed if the Forest Service is no longer able to adequately combat invasive species. Schumer explained that Rawlings Adirondack Bat Company produces more than half of its 300,000 bats a year – many going to the MLB and its affiliates – from Ash trees. Schumer said that, because Ash trees offer the right mixture of weight, strength, hardness and grain, it makes for the perfect baseball bat. And while bat-making with Maple trees is becoming more common, Maple trees are also threatened by invasive species of their own. Schumer said this underscores the need to fight all types of invasive species before they can negatively impact thousands of acres across Upstate NY and even undermine America’s pastime. According to Rawlings, of the 1,925 bats in the National Baseball Hall of Fame in nearby Cooperstown, NY, 1,848 are Ash.

All of the Ash trees that are used to make the bats comes from 75 miles away from the Rawlings plant. However, according to the Syracuse Post Standard, the Ash Borer was recently found in nearby Oneida County in Rome. Schumer said that, with the pest now just over 40 miles away, companies like Rawlings are reasonably concerned that the Ash Borer could spread to Herkimer County and the rest of New York State, damaging the very trees they rely on to make bats and run their business. Schumer said that the Rawlings plant makes 300,000 bats a year. Over 50 percent of the bats produced at the Dolgeville plant are made of Ash. About 5 percent are made of Yellow Birch and the remainder are made of Hard Maple. According to the company, if raw materials were to go up 10-20 percent as a result of fewer healthy Ash trees, bat prices would have to be raised 5 percent to avoid profit loss.

For these reasons, Schumer said that the Forest Service should have budgetary relief so that they can better combat wildfire emergencies while maintaining resources to counter the spread of invasive species, like the Emerald Ash Borer. In order to avoid this “fire borrowing,” Schumer is cosponsoring and pushing legislation, the Wildlife Disaster Funding Act of 2015, which would allow the Forest Service access to disaster funding to pay for emergency wildfire costs. Specifically, this would include applying for disaster relief funds to cover the cost of wildfire fighting when their regular funds are exhausted. In addition to providing greater financial flexibility for wildfire programs, it would also preserve the funding stream for programs that attempt to eliminate invasive species like the Ash Borer. This legislation was introduced by Senator Ron Wyden [D-OR]. Schumer said fighting wildfires and preventing the spread of invasive species are both top priorities. Ultimately, this legislation would provide budgetary relief so programs like those that combat the Ash Borer in Upstate New York can remain intact through the fiscal year.

The Ash Borer is a bright green beetle that is invasive and aggressive, and it has been particularly damaging to New York State Ash trees. This insect primarily targets Ash trees and kills its host by burrowing into their bark and destroying the trees’ ability to bring water from the roots to upper branches. Infected trees usually begin to die within two to three years. It is often not discovered that a tree is infected, however, until it is too late. Schumer said the Ash Borer presents a major threat to Upstate New York because these trees are an integral part of its ecosystem and scenery. On top of this, Schumer said it is particularly dangerous when 50-foot tall, dried-out and brittle Ash trees, often prone to snapping when an Ash Borer has done its work, are scattered across the backyards of homeowners throughout New York State.