PVH, Pentland Each Had Solid Reasons For Speedo Deal 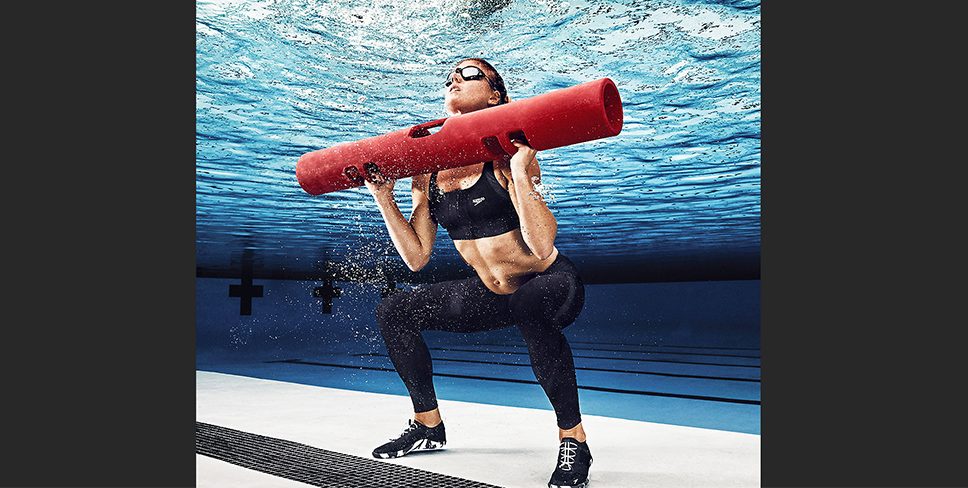 Despite the looming Summer Olympics and the Games’ quadrennial—and quite lucrative—spotlight on the sport of swimming, PVH Corp. has decided to unload its Speedo North America business and focus more attention on its core apparel brands.

But the move was a strategic one for PVH, which found a more-than-willing buyer in UK-based Pentland Group PLC.

In a deal announced Thursday morning, New York, NY-based PVH said it had agreed to sell the business—which owns the Speedo license for North America and the Caribbean—to Pentland Group for $170 million. PVH had taken over the license when it acquired the previous licensee, Warnaco Group, in 2013.

It’s a reunion of sorts for the iconic swimsuit brand that launched in Australia in 1914. Pentland already owns Speedo International Ltd., which had licensed the Speedo trademark to a PVH subsidiary, having acquired the brand in the early 1990s and growing it ever since.

While it’s a natural move for Pentland, the deal also gives PVH the chance to go all in on elevating its Calvin Klein and Tommy Hilfiger brands.

“This strategic announcement aligns with PVH’s goal to optimize and streamline its Heritage Brands business in the ever-evolving retail environment and focus on delivering sustainable profitable growth of its global brands, Calvin Klein and Tommy Hilfiger,” said Emanuel Chirico, chairman and CEO, PVH Corp. “I am pleased to see Pentland Group reunite the Speedo business globally, as they are best positioned to capture the full potential of the iconic Speedo brand.”

The EPS projections include an estimated pre-tax non-cash loss of about $130 million expected to be recorded related to the sale of the Speedo North America business to Pentland and the resulting deconsolidation of the Speedo net assets.

On a non-GAAP basis, PVH projects EPS on a non-GAAP basis for the fourth quarter and the full-year 2019 will be at least $1.79 and $9.45, respectively. These totals are at the high end of PVH’s previously announced guidance ranges.

Shares of PVH Corp. dipped $2.93, or 2.8 percent, to $103.30 at market close Thursday after the company’s announcement before the day’s opening bell.

Reuniting the Speedo brands under one business is a significant one for Pentland Group. The company’s brand management division, Pentland Brands Ltd., owns Speedo, Berghaus, Canterbury, Mitre, Endura, Ellesse, Boxfresh, Red or Dead and SeaVees, and has the global license for Karen Millen footwear and Kickers in the UK. Pentland Group also has a footwear joint venture with The Lacoste Group.

“We’ve had a great partnership with PVH, and they’ve done an incredible job in raising the profile of the Speedo brand and growing the business in North America during their time as a licensee,” said Andy Long, CEO of Pentland Group’s Pentland Brands division.

Not only does the acquisition provide a nice boost to Pentland’s portfolio, but the move should be a big win for the company in advance of this summer’s Tokyo Olympics and Paralympics, which are sure to feature many Speedo athletes.

“With the Tokyo Games this year, now is the right time to bring Speedo North America back into our brand portfolio,” Long said. “Pentland has a strong track record of investing in people and international brands, and we’re looking forward to welcoming the Speedo North America team into the Pentland family and working together on the next chapters in the Speedo success story.”

Pentland is keen on being strategic when it comes to M&A and is careful about nurturing its brands, as COO Chirag Patel told SGB Executive in 2018 after the company’s acquisition of the cycling apparel brand Endura.

“When it comes to having a similar vision for our portfolio, we really treat each asset as unique,” Patel said. “Every brand has got a different brand plan, different aspirations, targeting different consumers in potentially different markets. The advantage that we have as a family-owned business is that we can think about how that matches our own ambitions and how we can then help and support a brand and grow along with the trajectory that it already has in mind. So we do treat everything probably individually. We’re not a plug-and-play operation. We try to understand what a brand is trying to achieve and whether it makes sense for us to work with them or not.”

Look for bigger things from Speedo in the coming years and more on this deal, including a conversation with Pentland’s leadership, in a future edition of SGB Executive.