Puma AG's chief executive Jochen Zeitz said he has no indication that PPR SA is planning to increase its bid for the German sporting goods company's shares that it does not yet own.

'I have not heard any statements that indicate the price may change,' Zeitz said at Puma's annual general meeting, where shareholders criticized the price, saying it was too low.

PPR on Monday bought a 27.1 pct stake in Puma from German billionaire siblings Guenter and Daniela Herz for 330 eur a share and said it plans to launch an offer for the remaining shares of the company at that price.

Zeitz also told dpa news agency in an interview ahead of the company's annual general meeting that he sees the German sporting goods maker remaining independent after a planned takeover by PPR SA.

“And we want to stay on a course of expansion,” said Zeitz.


He also told the news agency that he is not concerned that an acquisition by luxury goods retailer PPR, which owns brands including Gucci and Yves Saint Laurent, may lead to changes in the company's focus on sporting goods and lifestyle.

“I'm not worried at all that sports may be pushed into the background,” Zeitz said.

The bid, which values Puma at 5.27 bln eur, will likely be published next month, after which shareholders will have five weeks to accept the offer. Pinault as well as chief financial officer Jean-Francois Palus and the head of strategic business development Gregoire Amigues will receive seats on Puma's supervisory board if the European Commission approves the planned takeover by Sept 30.

The board members will replace Guenter Herz, Hinrich Stahl and Johann Lindenberg, who were representatives of Mayfair, the investment vehicle of the Herz siblings.

If the Commission fails to approve the acquisition by September, the Mayfair representatives will have to sit on the board for their full five-year appointment. 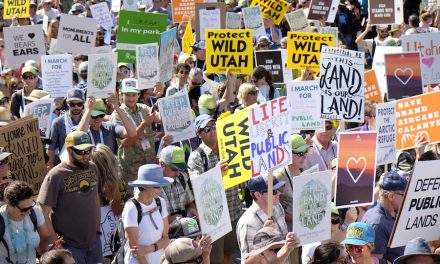 This Land Is Our Land – Live From Outdoor Retailer Summer Market