The Conservation Alliance is in Washington D.C. this week advocating for land and water protections across the country. 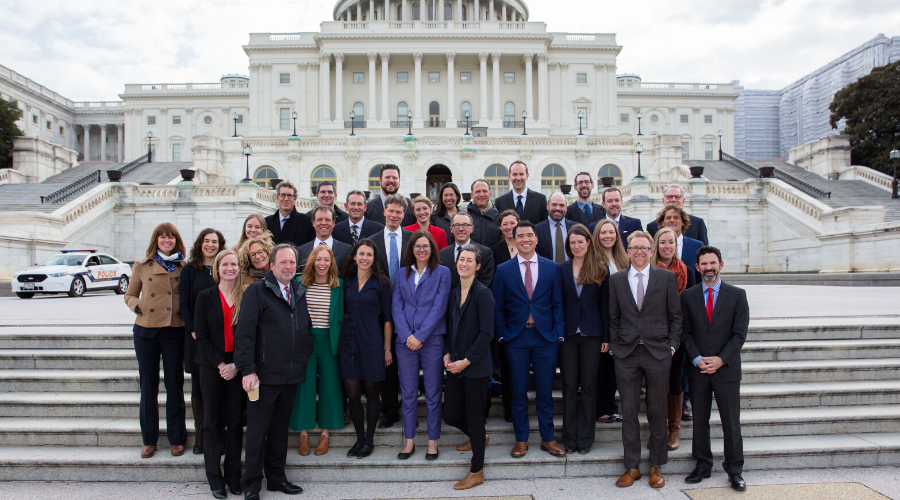 Bend, OR, November 5, 2019 – The Conservation Alliance is in Washington D.C. this week advocating for land and water protection across the country. Conservation Alliance staff is joined by representatives from five member companies including Backpacker’s Pantry, Duct Tape Then Beer, Kiitella, New Belgium Brewing, and Patagonia.

The group will meet with 13 congressional offices from both sides of the political aisle to demonstrate strong business support for key conservation and recreation priorities. The Conservation Alliance has chosen several campaigns from its list of legislative priorities to give heightened attention to this Congress. Those efforts would restore protections for the Arctic National Wildlife Refuge, uphold the National Roadless Rule, and secure new land and water protections in Montana, Washington, Oregon, and Colorado – including the Colorado Outdoor Recreation and Economy (CORE) Act.

“When Congress protects wild places for their recreation and habitat values, outdoor-inspired industries benefit. It is powerful to watch our members explain the economic benefits of protected and well stewarded public lands directly to their members of Congress,” said Kirsten Blackburn, Conservation Alliance Advocacy Manager.