The Scuderia Pinarello, which means stable or team in Italian, includes eight athletes, ranging from an Olympic medalist to a gravel-racing champion, a big-wave surfer, and a community cycling advocate.

“Our mission with the Scuderia is to welcome all people to discover their potential on a bike,” said Kim Rogers, senior marketing manager, Pinarello. “We very intentionally selected a team of ambassadors who represent a wide swath of the cycling spectrum and who are committed to helping motivate others to tap into the power of riding bikes.”

Scuderia members will collaborate with Pinarello on inspiring stories and experiences to increase accessibility to cycling for all demographics and experience levels. They will represent the Scuderia at Unbound Gravel, Transrockies Gravel Royale and The Last Best Ride. Pinarello will also support each ambassador’s personal goals, projects and organizations to benefit their local cycling communities. 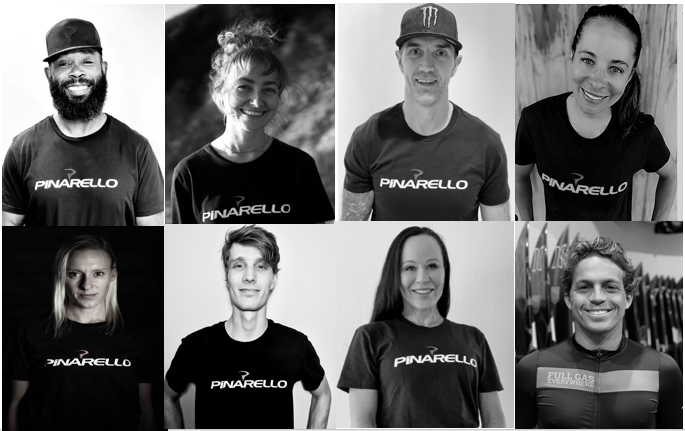 The 2021 Scuderia Pinarello ambassadors are: