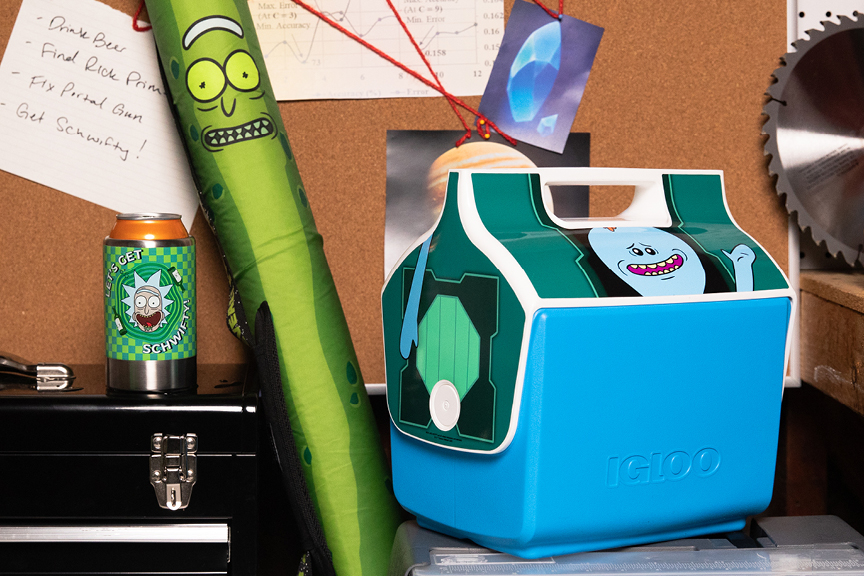 “Collaborating with Warner Bros. Discovery Global Consumer Products on these incredibly designed Rick and Morty coolers has been an otherworldly kind of cool,” said Adrienne Berkes, vice president, Marketing, Igloo. “We have a variety of styles with different character designs that really capture the fun and hilariousness of the show. We’re excited to see fans taking these coolers on their own Rick and Morty–inspired adventures.”

Igloo designed the coolers with details depicting the characters in the multiverse of the animated comedy. With the 7-quart (fits up to nine standard 12-ounce cans) Mr. Meeseeks Box Little Playmate, consumers get an ice chest version of the gadget that creates a Mr. Meeseeks in the series. Outside of the traditional hard-sided cooler, this collection includes the vacuum-insulated, stainless-steel Riggity Wrecked Coolmate can cooler featuring graphics of the main characters Rick and Morty and the Pickle Rick Sling, a wearable cooler that holds six cans and embodies the alternate version of Rick.