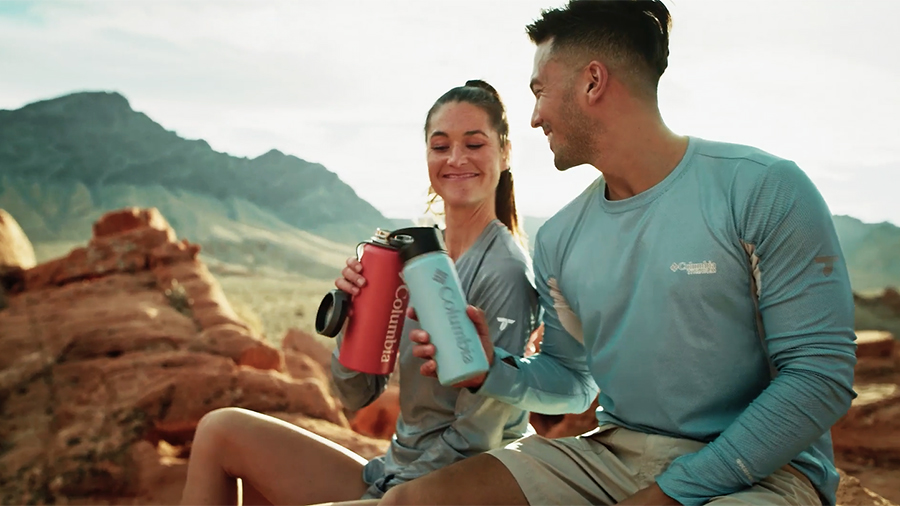 At last week’s Outdoor Retailer Summer Market, Kelly Davis, director of research, Outdoor Industry Association (OIA), provided a generally upbeat “State of The Outdoor Market” report to the audience, believing the industry is poised to benefit from consumers who discovered the outdoors when the pandemic began in 2020 and from trends related to remote working to the aging of America.

Davis said it was a relief that 2021 participation figures from the annual Physical Activity Council’s (PAC) study showed the outdoor industry did not “lose a significant percentage of the new COVID participants,” as feared. Overall, 161 million Americans ages six and older participated in at least one outdoor activity, which is about flat with year-ago levels. Since March 2000, the industry has seen an increase of 8 million outdoor participants.

Among outdoor activities, some lost ground with participants, but walking for fitness and hiking increased in 2021 in addition to hiking in 2020. Davis said walking for fitness and hiking are “gateway” categories that introduce people to the outdoors. Once discovered, participants may try fishing, camping, trail running, or other outdoor activities.

“We’ve got a sedentary pie and an active pie,” said Davis. “Hiking and walking for fitness are the gateways into the active pie. And once we’ve gotten them, we can all share them.”

Davis noted that, as expected, some activities felt more of an impact as consumers returned to eating out more often and returned to pre-COVID routines, but the outdoor industry has an opportunity to engage with new participants. Davis said, “Overall, we’re seeing that the new participants that came with COVID are sticking around.”

Davis said new COVID participants tend to be more diverse, and establishing a more diverse base of customers is critical to the outdoor industry. OIA’s data indicates that 42 percent of the U.S. identifies as BIPOC (Black and Indigenous people of color), while 53 percent of Americans under 18 identify as BIPOC. In the outdoor industry, people who identify as BIPOC make up 28 percent of outdoor participants and 20 percent of the outdoor industry’s workforce. The opportunity becomes more critical for economic reasons as people identifying as BIPOC, particularly Hispanics, are expected to increase over the next few decades. Davis said, “By 2060, there will be an additional 57 million Hispanic people in the population, and they’re going to be our customers, and they’re going to be our participants.”

Older generations are a less obvious opportunity for the outdoor space as the Census Bureau predicts the U.S. will have 45 million more seniors by 2060.

Davis said seniors have more disposable income than just about any other group other than the ages beneath them. She said, “It might be on a fixed income; however, they have time and the income to spend. They have disposable income that they’re ready to spend on things like a bucket list, and, for a lot of them, the outdoor could be on that bucket list, right? And I’m not talking about having a bunch of seniors through-hike the A.T. I’m talking about just being outdoors and engaging in healthy behaviors outdoors.”

David said another opportunity for the outdoor industry is shifting toward remote work and flexible work schedules. She pointed to a Gartner survey conducted in May 2022 that showed 48 percent of U.S. white-collar employees work remotely, up from 30 percent pre-pandemic.

She also noted that other surveys have shown that flexible work schedules are more important than the salary, and Davis said that just eliminating the daily commute opens up significant time to pursue outdoor activities. She also pointed out that the U.S. ski industry saw a record participation of 61 million skier visits for the 2021/22 season because flexible work scheduling enabled skiers to ski during the weekdays. She said national parks and trails also see increased activity during the weekdays.”

Davis also believes the industry has a more significant opportunity in marketing and advocacy as she considers the physical and mental health benefits of being outdoors were proven during the pandemic. She pointed to endorsing the benefits of the outdoors on the CDC website. Davis said, “Doctors can actually prescribe outdoor activity to people. So, right now, the science on whether or not there are positive benefits to outdoor activity is settled.”

Sustainable messaging also continues to appeal, with consumers increasingly willing to pay extra for a product with sustainable benefits. Davis also pointed to The North Face among companies adapting apparel design to the expected impact of climate change. Davis added, “Maybe these are opportunities for brands, especially thinking about how people use products and how climate change impacts are affecting how you use a product.”

Davis also noted that broader fashion trends linked to the pandemic, citing Gorpcore, Coastal Grandmother, Cottagecore, and Boho Aesthetic, have their roots in the outdoors that the industry can build on. She believes the common theme across all the trends is the quest for more simplicity.

“I kind of wonder, are we coming out of COVID craving just more simplicity?” said Davis. “Just getting back to the idea of getting back to things that really matter. Having the basics but not being ostentatious.”

One negative result of the surge in outdoor participation is that many national parks and local trails are overused. Davis said this might offer an opportunity to introduce new hikers to other outdoor activities or expand the use of trails or hiking apps to disperse the crowds better.

Davis, however, suspects “the elephant trend in the room” is inflation.

She said that it’s particularly noticeable in gas prices, but a less noted impact is on housing. She noted that the median house price in Eagle County, CO jumped to $750,000, or 89 percent, over the last year, with the average home price at $1.6 million. She noted that for some businesses, it’s impacting the ability of employees to live nearby.

Davis suspects the supply chain disruption, which is driving much of the inflation, will lesson as the year progresses but also believes inflation will significantly impact spending patterns this year. Davis said about inflation, “We’re at 8.3 percent right now. And that’s really hurting the pocketbooks of all of us, frankly. So, it’s a matter of what customers will decide to buy when they’ve got almost 10 percent less disposable income and in some cases, a lot less disposable income.”