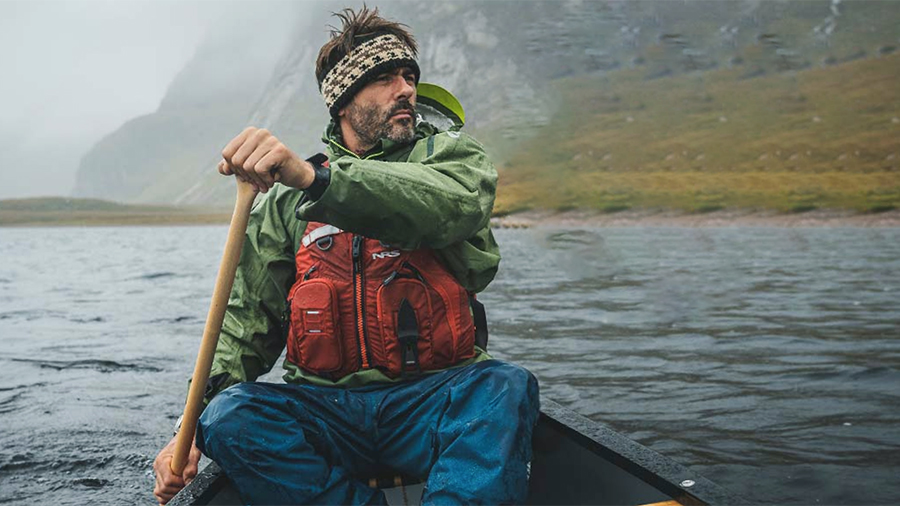 Northwest River Supplies (NRS), one of the largest manufacturers and distributors in the paddlesports category, has inked a deal with Gore-Tex to bring its waterproof/breathable fabric into a high-end drywear line. Previously, W.L. Gore & Associates had only worked with paddlesports apparel maker Kokatat in the drywear paddling space.

“Outside of becoming employee-owned in 2014, this is one of the most exciting things that’s ever happened to our company,” said Drywear Product Manager Danny Mongno. “Several other companies have dipped their toes into working with them, but Gore-Tex holds its partners to incredibly high standards.”

NRS had already been upping its drywear game, moving to a different factory in Asia in 2021, rolling out new zippers and more, said Mongno. All this helped it land the deal with Gore-Tex. “We’ve been making great strides to be a leader in drywear and have been competing at the top level, so we feel like we’ve been moving into this space for several years,” he said. “But this is the cherry on top of it all.”

Previously, NRS has used and will continue to use Eclipse fabric in its drywear line, developed in conjunction with its Asian manufacturing partner. Mongno said it plans to keep using Eclipse as a price-point option for its drysuits and drytops, while creating a new higher-end Gore-Tex Pro category that includes drysuits, bibs, paddling suits (no neck gasket or tunnel), and drytops. The line will consist of its new women’s and men’s Navigator drysuit with hood, Axion drysuit line, Nomad paddling suit (no neck gasket or tunnel), Rev Drytop, and Recoil Bibs.

He said that for 2022 NRS will distribute the new line to select dealers due to limited availability. “Last year, it was hard to get Gore-Tex technicians into our facilities to test and monitor because of COVID travel restrictions,” he said. And added that Gore-Tex only partners with the “best of the best,” which he quickly lumped competitor Kokatat into and vets its partners carefully. The new partnership is indefinite, he added, “as long as we continue to make a high-quality product that meets their standards.”

Mongno added that it’s Gore-Tex’s decades-long experience making waterproof/breathable fabric and working hand-in-hand with its partners, which makes them such a great colleague. “They provide so much knowledge, testing and creating the product, he said. “So it’s not just the material but the whole partnership they bring to the table toward building the best gear possible.”

“It’s not us taking our Eclipse drysuit and just making it in Gore-tex,” he added. “We’ve made huge strides on our design. This is one of the deepest R&D projects we’ve ever done involving our athlete program, from design to colors.” He added that everyone from 14-year-olds to 75-year-old ambassadors has weighed in on different aspects of the new line.

One benefit to retailers, he added, is that the company can offer the new line to dealers pre-season at a 50 percent margin because of its economies of scale. “They can take a $1,300 item and keystone it, which is pretty rare,” he said. Another advantage is that Gore-Tex’s minimum order quantity has decreased, meaning more color options, especially women. “In the past, there have been far fewer colors available to women,” he said. “Retailers and consumers would have a whole year of raspberry. But now, women can have as many color options as men. He added that generally, they’ve been on a two-year product cycle to sell through. Now they can change that up as well.

As well as offering everything paddlers cherish, from top-level waterproofness and breathability to four-way stretch, the new Gore-Tex product has a sustainability story, too, with Gore-Tex Pro’s base fabric being 100 percent recyclable. This joins NRS’s current sustainability efforts, such as shipping without plastic bags and investing in a new repair center, he added—all bringing sustainability to consumers.