Newell Brands said its Outdoor & Recreation segment, which includes Coleman, Contigo and Marmot, again saw declines in the fourth quarter with another challenging year for growth expected for 2020.

“I still think the Outdoor business is a good business,” said Ravi Saligram, who joined Newell as president and CEO in June 2019, on a conference call with analysts. “We have made progress now on beverage, which actually had some growth. And the Marmot brand actually had some growth. So, it’s just the other ones that have been under a little bit of a down drag. Overall, I feel that we are making good progress. And that’s why longer-term, the reason I joined is really because I feel we have great brands and we can improve the trajectory.”

Saligram, who previously held executive roles at Ritchie Bros. Auctioneers, OfficeMax and Aramark Corp, also indicated that the company is “in the late stages of a search for a CEO for our Outdoor business,” he said.

Other brands in the Outdoor & Recreation segment include Aerobed, Bubba, Campingaz, ExOfficio, and Stearns. The brands were acquired with Newell’s acquisition of Jarden Corp. in 2016.

Overall sales in the Home & Outdoor Living segment fell 5.2 percent to $768 million in the fourth quarter compared with $809 million in the prior-year period. The decline reflected a core sales decline of 2.8 percent, the impact of unfavorable foreign exchange and the exit of 75 underperforming Yankee Candle retail stores during 2019.

Asked to elaborate on the weakness in outdoor brands, Saligram said the segment basically breaks down to three businesses: technical apparel led by Marmot and ExOfficio, the sizeable Coleman business and beverage led by Contigo and Bubba.

He said one of the organizational changes he’s made since joining the company is “really looking at them as three verticals rather than mush them all together” to better align each businesses’ priorities. He added, “We’ve created a business champion against each of those businesses so that they can have domain expertise and drive it, and we are also getting close to hiring a CEO for the entire business, so, I feel pretty good.”

On product, Saligram said the company is “now making good strides because it’s taken us time.” In tents with Coleman, he noted that two new tents have been accepted at a major retailer and the brand is “now beginning to do refreshes of coolers, etc.” Still, he noted that in the tent business, Coleman faces a major retailer “who is a big competitor.” He added, “So, you’ve got to look at it and given some of these are outsourced from the same places, how do you compete? How do you build the brands?”

On the positive side, he noted that Coleman has a strong business in Japan and believes the successful formula there will translate in other regions. Said Saligram, “That brand there has been growing for the last decade. And even this year, it grew. And they’re very comfortable in Japan, mind you. So, it can be done. It will be done. It’s just a matter of when not if.”

In beverages, Newall said the company is “bringing some innovation looking for distribution gaps” to drive stronger growth. He added, “Innovation is one part of it, but when you have innovation, it is scaling those and also looking at distribution and making sure that you are getting into the right distribution.”

He said channel management is “very critical” for outdoor brands, particularly in the case of Marmot, He said, “It’s an upscale brand, so you want to make sure that its identity is kept intact. I think it goes beyond innovation, but innovation is the starting point. It’s also your marketing and your sales and you do have private label competitors.”

Looking ahead, Saligram said both the Outdoor & Recreation and Appliances & Cookware segment, which includes Calphalon, Crock-Pot and Oster, have been “more challenged businesses” across Newell’s portfolio and represent its “two big challenges” going forward.

Saligram added, “Revving up the innovation pipeline and instilling customer confidence will not happen overnight. Hence 2020 will be more of a foundational year for these businesses and there will still be a downward drag for their enterprise. I’m more optimistic about our ability to improve operating margins in the near term due to a head start in 2019, and I’m enthusiastic about cash flow becoming a true hallmark of Newell and to heighten our chances of success on both cash flow and margins.”

Peterson also said Newell’s current outlook for the first quarter assumes about a 1 percent headwind on topline growth tied to the Coronavirus outbreak, mostly impacting the Appliances & Cookware and Outdoor & Recreation businesses. He said, “While we do not have any significant third-party suppliers in the Wuhan area, our suppliers are experiencing some disruption from slower start-up in the factories after the Chinese New Year break and more restricted travel in the country.” 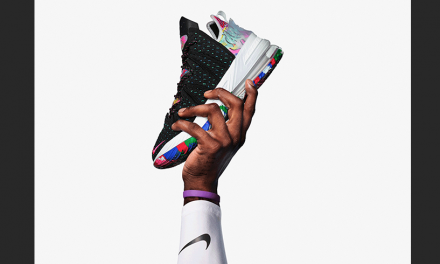 Inside The Call: Nike’s Q1 Sales Recover From Coronavirus Slide 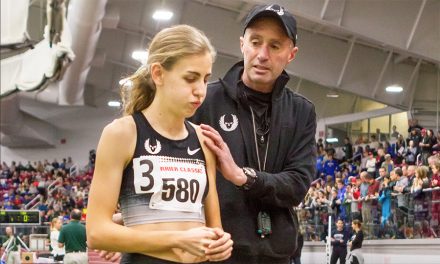