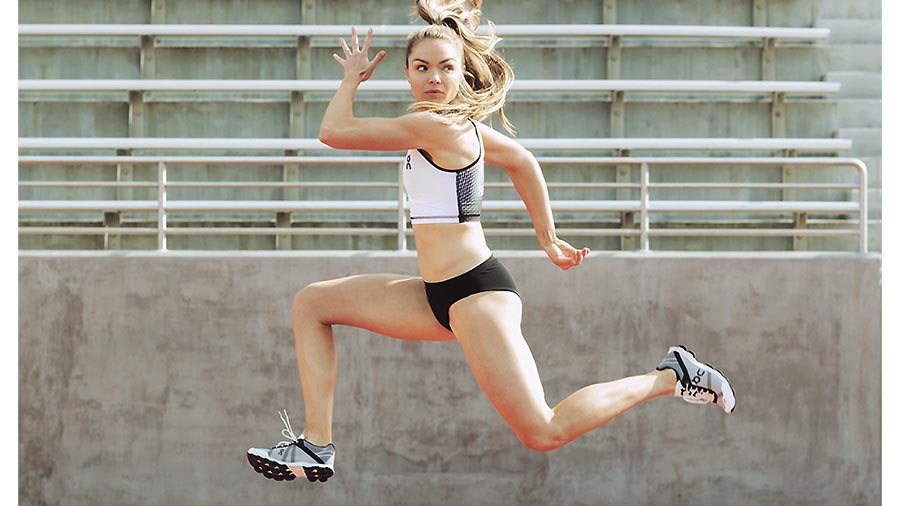 Swiss running brand On raised its earnings and sales guidance for the year after reporting quarterly results again exceeded expectations. Sales in the second quarter climbed 66.6 percent, driven by strong wholesale growth of 70.1 percent, DTC growth of 60.8 percent and continued momentum in the North America region, growing at 102.5 percent.

Other highlights of the quarter include:

Martin Hoffmann, Co-CEO and CFO, said: “We are very pleased and proud to report that we have reached our highest quarterly net sales in history in the second quarter of 2022 and with that, are observing a continued strong demand for On products across all regions. Our team has done an outstanding job of efficiently managing product flows in what we expect to be the near-final stages of supply shortages stemming from last year’s factory closures. Thanks to them, we have been able to welcome many new fans to the On community and equip them with our newest product launches. In June, for the first time in our history, single-month net sales exceeded 100 million Swiss Francs, bringing our total net sales for the first half of 2022 to over 500 million Swiss Francs. Based on the performance we have seen in the first half, we are once again increasing our outlook for net sales and adjusted EBITDA for the full year 2022. As we continue on our mission to ignite the human spirit through movement, we are thinking long-term and our goal is to build a durable company at the intersection of performance, design and impact.”

Caspar Coppetti, co-founder and executive co-chairman, said: “On continues to make great strides and reach new milestones at the intersection of performance, design and impact. We are thrilled to see our commitment to developing high-performance products to unleash our athletes’ full potential paying off. In the past few weeks On athletes have shown incredible performances, leading to not only our first Diamond League victory but also our first Commonwealth Games and World Championship medals. This quarter also saw us reach significant milestones on our mission to drive sustainable and circular innovations. Just a few weeks ago, our very first community of Cyclon subscribers in the US received their first subscription-based and fully recyclable shoe called Cloudneo. This very special launch has been a further step towards our sustainability mission and we are looking forward to sharing many more innovations in the future.”

Outlook
On said, “Following a very successful first half of the year with net sales exceeding CHF 500 million, we continue to be confident in our ability to execute our growth strategy in the second half of 2022 despite ongoing macroeconomic uncertainties and challenges.

“We currently anticipate limited impacts from these macroeconomic uncertainties on the demand for our products. Nevertheless, we see it as our duty to remain prudent and alert in such an environment and have taken certain measures to grow our cost base somewhat more conservatively than initially planned.

“The first half of 2022 had been further impacted by the transitory supply shortages as a result of factory closures in 2021. Thanks to the dedication and commitment of our factory partners, our inventory situation has in the meantime improved significantly. As such, the use of air freight is anticipated to be reduced in the second half of the year. We will selectively continue to use air freight to ensure the availability of our more recently launched products, which did not have an initial inventory position. From this, we expect a limited headwind to our gross profit margin of 150-200 basis points in the third quarter of 2022.

“Taking into consideration the current macroeconomic challenges as well as the very successful first half year of 2022, we are increasing our outlook for net sales and adjusted EBITDA. For the fiscal year ending December 31, 2022, we now expect net sales to reach CHF 1.1 billion, representing year-over-year growth of 52 percent compared to 2021. The higher anticipated net sales will allow additional, growth-focused investments into the brand while increasing our adjusted EBITDA target for the full year to CHF 145 million, confirming our goal of an adjusted EBITDA margin of 13.2 percent even at the significantly elevated top-line outlook. Other than with respect to IFRS net sales, we only provide guidance on a non-IFRS basis. The company does not provide a reconciliation of forward-looking adjusted EBITDA to IFRS net income due to the inherent difficulty in forecasting and quantifying certain amounts that are necessary for such reconciliation. As a result, we are not able to forecast with reasonable certainty all deductions needed in order to provide a reconciliation to net income.”

Previously, On said it expects net sales to exceed CHF 1.04 billion, representing year-over-year growth of at least 44 percent compared to 2021. On had expected adjusted EBITDA target for the full year of CHF 137 million and the corresponding adjusted EBITDA margin to 13.2 percent.