Although 2009 was a difficult year for retailers, manufacturers and consumers alike, by falling just 2% against 2008, the core outdoor industry fared better than many other retail channels. Items related to camping and outdoor vacations such as backpacking tents, synthetic-fill sleeping bags, packs up to 4,000ci, climbing gear and camp accessories fared well this year. Footwear was also a hot category, as hiking boots, winter boots and multisport shoes all saw double-digit growth against 2008.

Specialty stores slipped 4% in overall dollar sales this year, for a total of $2.1 billion in retail sales. Most major product categories saw moderate single-digit declines in dollar sales this year. Footwear was a healthy category in 2009, specifically hiking boots, winter boots and multisport shoes, all of which saw double-digit sales increases this year. Other categories with positive momentum included energy food and apparel accessories such as handwear.

Chain stores also lost ground in overall sales this year. Compared to 2008, all chain store sales declined 4% in units and 3% in dollars. Similar to specialty stores, footwear sales were positive this year with winter boots, hiking boots and multisport shoes all increasing sales over 2008. Energy food was another hot category in 2009; sales were up 25% from 2008.

The online channel continued to fuel sales growth in 2009. Compared to last year, all online sales were up 4%, reaching the $1 billion mark for total sales this year. Equipment played a significant role in online sales this year, accounting for 22% of all dollars sold in 2009. Compare that to 11% of total sales in chain stores and 9% in specialty stores for the same period. Equipment sales were up 11% in online dollars sold this year, with gains coming from tents, packs, sleeping bags, climbing gear and winter equipment. Other categories with increased dollar sales in 2009 included camp accessories (up 11%), outerwear (up 6%), socks (up 10%), hiking boots (up 12%), winter boots (up 21%) and multisport shoes (up 8%).

Core paddlesports stores (specialty, chain, internet) brought in $338 million for all of 2009, down 7% compared to 2008. Boat sales declined 9% in overall dollars from 2008. Recreation kayaks, the largest boat category with $110 million at retail this year, slipped 2% in overall dollar sales. All paddles were down 10% in dollars sales this year, and apparel slipped 5%. Accessories were flat, with $90 million in total sales this year. In 2009, 74% of paddlesports dollar sales occurred in the specialty channel, 18% occurred in chains and 8% online. Last year, specialty stores brought in 76% of the total, chains 17% and internet 7%. 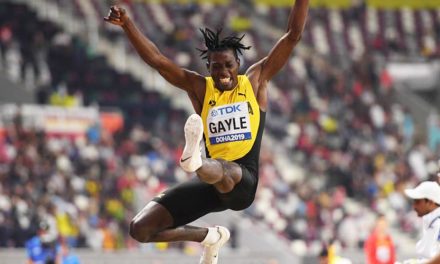