HEAD NV Sales Declined in All Segments in 2009

In preliminary, unaudited results. HEAD NV said its sales declined as expected in 2009.

The company said tough economic conditions have continued to impact results – particularly in diving where it saw a decline of 12% for the year due to the industry’s link to travel and the relatively high price points of the products. The company does not expect to see a quick recovery in this market.

Winter Sports for the full year decreased by 3.9%,  driven by a decline in volumes in all core product categories. Sales of Skis decline 9%, Boots 6%, and Bindings 5% due to the tough market conditions, especially in North America. That was offset by some improvement in mix, positive exchange rate movements and some growth in non-core products.

Racquet sports experienced a sales growth of 3.9% for the year. The volumes of racquets declined by over 9% whilst ball volumes increased by nearly 3%. The improvement in the average selling price of both racquets and balls due to positive exchange rate movements and an enhanced mix resulted in the overall growth in sales for the division.

The impact of recent restructuring programs have positively influenced the operating profit in 2009 which, on an adjusted level, increased by â¬11.1 million to â¬12.0 million ($15 mm to $16.2 mm). The adjustments include the now largely completed restructuring programs, the 2009 costs consist of transferring tennis ball production to China and the reorganization of ski production. Further adjustments have been made for the share-based compensation plans and the one-off sale of trademarks in Korea.

In addition, to manufacturing restructuring projects, the company has also restructured part of its borrowings during 2009. Through a private exchange offer, 85.7 million ($115.5 mm) of existing Senior Notes were exchanged for â¬43.7 million ($58.9 mm). Senior Secured Notes plus 22,491,278 ordinary shares in the company. The new Senior Secured Notes are secured by pledges or charges over certain inventory, trade receivables and in some circumstances cash of the company. The transaction, which reduces the company’s net debt and interest payments also resulted in a gross gain of â¬40.3 million ($54.3 mm) reduced by â¬11.0 million ($15 mm) deferred tax expense resulting from the utilization of tax losses carried forward which is included in net income for the year.

As a condition of the exchange offer, the company secured a working capital facility of â¬10m for 2009. The facility was provided by a company ultimately controlled by Mr. Johan Eliasch and in consideration for the undertaking Head Sports Holdings and its shareholders received 28,343,298 shares. Of these shares 25,892,075 were newly issued shares and 2,451,223 were transferred from treasury shares. As of Dec. 31, 2009, the company had 88,204,030 issued shares up from 39,820,677 at 31st December 2008. The shares issued as part of the bond exchange are not yet listed, but the company is working towards listing these shares during the first half of 2010. Once these shares are listed they will be fungible with existing listed shares.

Operating cash flow for the year improved by over â¬34m due to the successful implementation of working capital reduction plans, improved net income and lower interest payments. Capital expenditure was also lower due to its cyclical nature and while the company anticipates that this will increase over the next year, it expects  average capital expenditure to be lower than it has historically been.

It is too early in the year to predict the companys performance in 2010, but the cost base has been brought in line with the current sales levels and the infrastructure is in place to allow the company to grow should the markets start to recover. 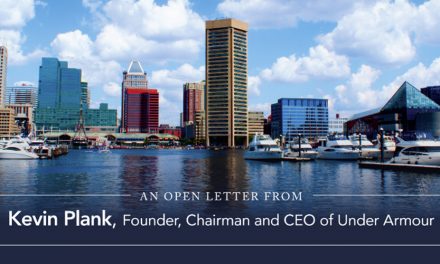