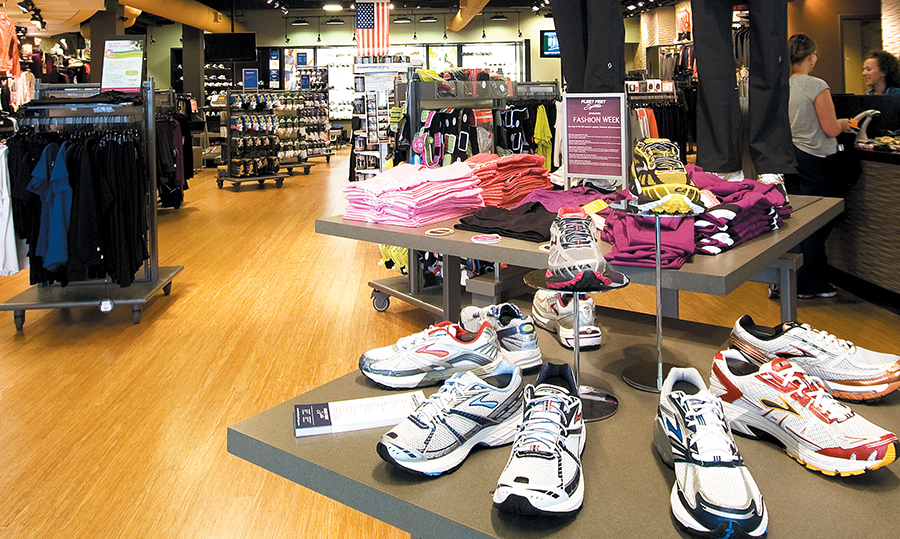 The NPD Group believes the postponement of most of the major sports leagues’ seasons due to the coronavirus outbreak will have a minimal impact on athletic footwear sales but may cause some near-term pain for the licensed sports category.

“Leagues rarely give a lift to the business in good times, so we do not expect a decline here,” Powell said in an interview with SGB Executive.

Asked about the impact on basketball shoes with the postponement of the NBA’s season and models tied to star players such as LeBron James and Giannis Antetokounmpo, Powell told SGB that there has never been a big lift in basketball shoe sales tied to feats accomplished during the NBA championships. He further added, “Basketball shoes are out of fashion as streetwear.”

Outside the major sports leagues, Powell likewise doesn’t see the potential suspension of the Tokyo Olympics as a big blow to sports retail since the games typically don’t provide much of a boost. Said Powell, “I expect this will continue to hold true for the Summer Games.”

Overall, Powell also noted that performance footwear being out of fashion today. Powell said, “Consumers are not buying performance shoes as fashion, regardless of who is playing or winning in a sport. The performance shoe business is smaller than the sport-lifestyle business and is shrinking.”

From a marketing standpoint, the suspension or potential postponement of major sports leagues and events will deprive the major sports brands with a marketing opportunity, including capitalizing on their sponsored athletes. Powell, however, also sees a minor impact. He tells SGB, ‘The sports marketing from events is cumulative, not visceral.”

He added that having a sponsored star athlete or league championships always brings additional exposure to a brand, but the exposure doesn’t directly drive consumer behavior. Powell said, “Instead, its value is more of a long-term brand-building tool. So the lack of brand exposure will not hurt much in the short-term.”

On the other hand, revenues the sports licensing category often rise and fall on the success of teams and will likely absorb a hit in the near term, he said. Powell referenced Modell’s Sporting Goods’ recent admission that the poor performance of local teams, particularly the Knicks, Giants and Jets, was one of the factors behind its bankruptcy filing.

Powell said about the success of sports teams, “Both retailers and brands benefit here, especially after championships.”

Powell said he expects caps, jerseys and championship gear will be affected by the postponements. However, assuming the seasons aren’t canceled, much of those sales could be made up at a later date when playoff runs take place. Powell told SGB, “If the events are ultimately played, whatever lift would have been gained earlier is not gained later.”

Overall, Powell noted that sports licensed products continue to significantly benefit from major events such as when marquee players are traded, such as Tom Brady’s trade to the Tampa Bay Buccaneers, or a team that has not won in a long time, wins.

Powell said he sees no impact on running shoe sales from marathons being canceled.

The major postponements and cancellations include: