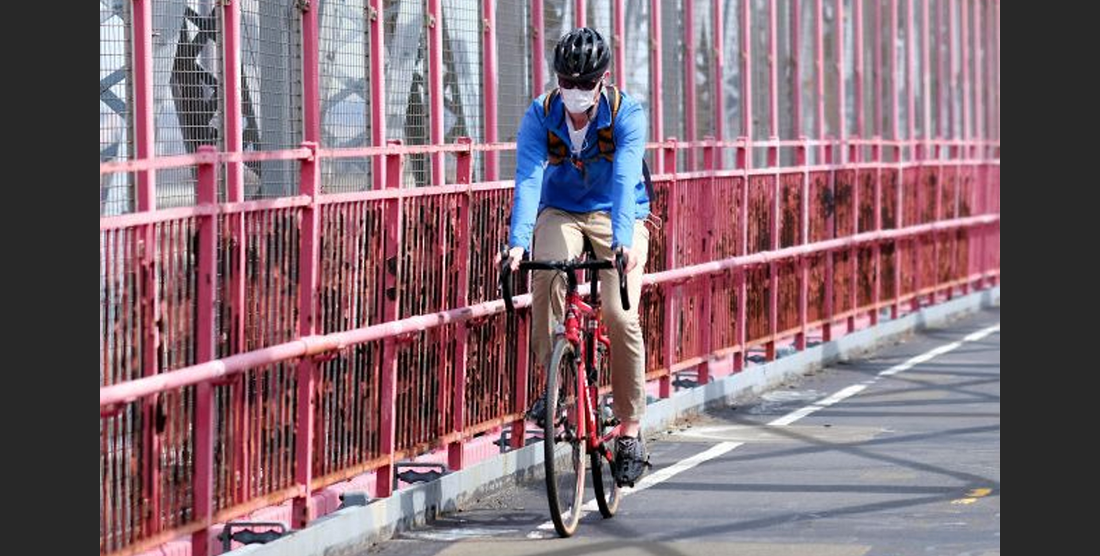 Many observers have been saying people are heading to the outdoors to safely recreate amid COVID-19, and it’s finally been showing up in recent months in sales figures, officials at NPD Group said at a session at Outdoor Retailer Online. The outdoor community was encouraged not to miss the chance to convert outdoor newcomers into life-long fans.

At the session, Matt Powell, VP and sports industry analyst for NPD, said the opportunity is most evident in the cycling category. Most cycling shops remained open during the pandemic because they were deemed “essential” businesses.

According to NPD’s point-of-sale data, cycling sales had already started the year strong, up 21 percent in January and February, due to the popularity of electric bikes. But growth accelerated to 64 percent from March through May and is up 52 percent overall for the first five months of the year.

Powell said demand for cycling has grown as Americans have seen the activity as “a great way to stay fit and socially distance.” But he stressed that the growth didn’t come from road bikes, the largest category and the one largely hyped. The growth came from kids bikes, family bikes, transit bikes, leisure bikes as well as continued growth in the hot electric bike category.

“What I think happened here, and we’re seeing the same thing in running, is that the pandemic has brought a lot of novices to these categories,” said Powell. “These are people who have never cycled for fitness before, or may never have run for fitness before.”

Powell noted that he’s been critical of specialty industries in the past for being “far too focused on the pinnacle consumer and the elite consumer” and not focused enough on the family and more casual users. He added, “And, I think, if we look at what happened in cycling, we see here that what really saved this industry was thE family consumer. It was not an elite consumer. I think you can take some really important lessons here for specialty outdoor, specialty running, etc., that the opportunity remains in the more mass businesses.”

In March, media were filled with reports of people stockpiling masks and cleaning supplies as well as buying printers to set up home offices, but gaining traction in the sports world was home fitness equipment, training aids, yoga products, and basketball systems. All benefited in part as gyms and parks became off-limits. The basketball category benefited as some cities removed basketball hoops in parks to encourage social distancing.

Another strong broader category in March was “prepping” items such as lights, filtration and fuel for grills. Said Day, “It was almost like preparing for a hurricane.”

In April as Americans settled into quarantining, spikes in sales of bread makers and coffee makers were cited in media reports. In the sports space, bike sales started picking up speed, as well as grills, performance running shoes, kayaks, and recreational tents, again reflecting stay-at-home orders and social-distancing benefits.

In May, hiking, kayaking, stand-up paddling, camping equipment, grills, camping accessories all picked up as more Americans discovered the outdoors nearby or in their backyard. Golf and tennis also bounced back as golf courses and tennis courts reopened and both activities were deemed generally low risks for transmitting the virus.

In June, many of May’s trends “started to really accelerate, especially in outdoor,” with camping equipment sales up almost 27 percent in the month, coolers up almost 18 percent, and strength also seen in camping accessories and campfire grills.

Outdoor’s acceleration in June likely benefited from Father’s Day, but also as the outdoors have become a more attractive option with everything from gyms to team sports and amusement parks harder to access.

“The pandemic has brought us this desire for social distancing, which outdoor activities fit very nicely into,” said Day.

Day further said that while she was “speaking to the choir” of listeners on the call at the Outdoor Retailer Online session, many Americans appear to be discovering or rediscovering the benefits of “family time,” as well a fun and discovery that the outdoors can bring. Said Day, “We want to be outdoors. We love adventure. We love passion. We love what the outdoors brings us.”

Outdoor Specialty Hit By Store Closures
Most NPD’s session, however, offered a sobering account of how the pandemic has torpedoed spring selling for much of the outdoor industry. Unlike bike shops, the wide majority of outdoor stores, as well as other specialty stores in the sports space, closed in March with some only recently reopening.

Across channels in the space, NPD’s data shows that the winner was bike specialty, which has seen growth of 18.5 percent in the twelve months through May and benefited from minimal store closings. Sales only represent brick & mortar specialty, not e-commerce.

Outdoor specialty was down 16 percent in the same period. Snow specialty, which was having a strong winter season prior to the pandemic’s full emergence in March, managed a 5 percent overall gain in the twelve months through May, according to NPD.

Overall, its POS-data finds core outdoor industry sales were down 8 percent in the 12 months through May 2020, to $19.5 billion.

Among core outdoor industry categories for the 12 months through May:

For the year-to-date period through May, overall sales across the U.S. outdoor industry were down 24 percent with the industry facing some softness even before the pandemic. The decline was 34 percent from March through May.

Across athletic categories, apparel was down 17.8 percent in the first five months of the year. The biggest drops in the five months were seen in knit shirts, swimwear and pants as people are not traveling as much during the pandemic. Sweatpants were a bright spot as the item has become the “home uniform” with people quarantining at home, joked Powell. Underwear has also held up better with Powell attributing that to a reluctance by some consumers to go to the laundromat.

Running Bright Spot In Footwear
In footwear in the outdoor specialty channel, sales were down 16 percent to $447 million in the 12 months through May. Among categories, decliners included running/trail running, down 5 percent; hiking/light hiking, 22 percent; insoles, 3 percent; fashion boots, 9 percent; and water shoes, 19 percent. The one gaining category was slippers, up 4 percent, reflecting the comfort trend seen as people maroon in their homes.

Among brands, those within the top-ten managing growth within categories were Hoka One One and On in running/trail running; Asolo and Hoka in hiking/light hiking; Sidas, Bootdoc, Sole and Lynco in insoles; Born, Ugg, Keen and Dansko in fashion boots; Teva, Lamo, Keen and Staheekum in slippers; and Salomon, Northside and Columbia in water shoes.

Said Powell, “Brooks is one of the few brands that’s doing well. Hoka One One and On Running would be a couple of other brands that I would point out that are doing well in the pandemic.”

Powell said performance running overall is on an uptick for the first time since 2013 and appears to be benefitting in part by renewed interest in health and wellness. He said, “When we look at the casualties of this disease, many people who didn’t make it out were in ill health, had pre-existing conditions, diabetic, overweight smokers, etc. and I think there’ll be a renewed interest in living a healthy lifestyle.”

Powell said believes running sits among the outdoor activities that favor social distancing. He said, “The most profound change we’re going to see in terms of how the pandemic impacts us is the social distance thing. I think people are going to remain very concerned about staying distant from each other.”

Finally, Powell said running tends to receive a benefit during a recession as it’s an inexpensive way to stay in shape. The analyst added, “All in all, I think we’re going to see a change from a soft running business to a much stronger running business as we emerge from the pandemic.”

Outdoor equipment sales showed growth of 1.6 percent across the total measured market in the twelve months through May while declining 9.7 percent at outdoor specialty.

The session can be seen here.

Interbike to Remain in Vegas… 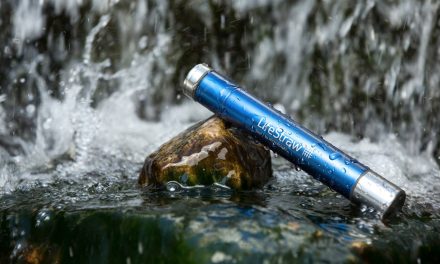