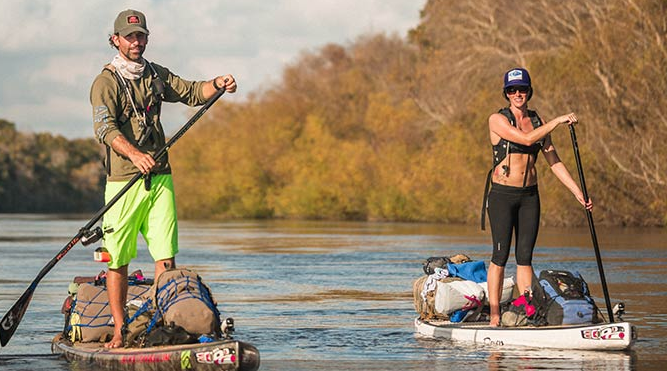 Americans are trying new physical activities at the expense of traditional, individual exercise and sports, according to the 2016 SFIA State of the Industry Report.

Walking, running/jogging and weightlifting continue to rank among the most popular sports/fitness activities in its report but the popularity is trending downward. Over the last three years participation in walking for fitness was down 3.7 percent; running/jogging was off 5.7 percent, weight/resistance training on machines slumped 9.5 percent, and free weights (barbells) declined 4.9 percent.

The decline in traditional forms of exercise, however, is in line with increased interest in alternative forms of activities, SFIA noted. For example, over the same three-year period, hiking participation grew 7.9 percent, yoga was up 8.8 percent, and swimming for fitness expanded 13.4 percent.

“These activities fit well with Americans’ desires for flexible fitness – social, befitting of community and belonging with identifiable improvement in performance.”

The report explores in depth how the trends are driven by millennials who have grown into the largest and most powerful consumer segment accounting for 25 percent of the U.S. population and nearly $200 billion in annual spending.

With steep financial concerns and highly scheduled social lives, millennials are looking for more flexibility in integrating fitness-related activity with social and everyday life. At the same time, millennials are placing an emphasis on experience over goods, which can make them cynical to traditional marketing approaches.

“Largely immune to traditional advertising, millennials instead seek authentic, personalized customer experiences that are true to their and brands’ values,” said Tom Cove, SFIA president and CEO. “To this end, we see the future of retail, whether online, brick-and-mortar, or mobile, shifting to accommodate these desires for on-brand, novel experiences that serve as the root for customer loyalty.”

Surveying the top 10 fastest growing sports not surprisingly reveals a robust interest in class-based fitness activities with strong social aspects. Consistent with fun and sociability, water and outdoor sports, which continue to grow in popularity, were well-represented.

The study found that as people have increasingly looked for ways to weave fitness and sports into their everyday lives, team sports participation continued to expand – with 23.8 percent of the country’s population active in a team sport, the highest rate since the SFIA began tracking participation in 2008. However, the report also found that team sports since 2007 have steadily been featuring more “casual” participants and less “core” (proportion of athletes playing very frequently). Core athletes, which generate the largest repeat spending on equipment, fees, etc. are seeing their largest declines in core youth athletes, particularly in staple team sports like basketball and tackle football.

“Youth sports participation is the foundation of our industry for the next 50 years,” said Cove. “The decline in core participation is alarming; if we don’t turn that decline around, the industry as a whole will face problems.”

The participation findings were based on a total of 32,658 online interviews conducted nationwide. The full report is available for purchase here.