Nike Sees U.S. Strengthening Across the Board…

Nike, Inc. blew past analysts EPS estimates for their fiscal second quarter ended November 30, besting the prognosticators by 8% to 11% by posting earnings of 66 cents per diluted share on much better margins, benefits from currency exchange rates and improvements in the supply chain.

Nike Brand Co-President Mark Parker even went so far as to call the mood in Beaverton as “festive” as the management team described the U.S. market as “at its healthiest state in over five years”.

Sales grew across all regions and all businesses, with the recent acquisition of Converse contributing two percentage points of the gain and the weaker dollar adding six points. Excluding the benefits, total revenues grew “just over 4%”. The company said the had expected a particularly tough quarterly comparison in Q2 due to the year-ago results that included about $66 million in pull forward shipments and the impact this year of lower Foot Locker shipments.

The U.S. region saw pre-tax income grow 12% on sales that improved 5.1%, with only the Equipment category showing negative results.

U.S. footwear sales were impacted by an 8% decline in shipments to Foot Locker, offset by a 6% increase to other accounts. The shift in the business may also be reflected in the Average Selling Price, which increased “mid-single digits” on fewer close-out sales and more $100+ product across multiple categories. The gains in U.S. apparel came from “continued growth” in both performance apparel and licensed apparel.

Nike Brand co-president Charlie Denson said the situation with Footstar is “status quo”, stating that the troubled retailer is “current in their payments”.
Nike company-owned retail saw an 8% increase in comparable store sales, “led by a double-digit increase at Nike and Converse stores”.

Revenues from the Converse acquisition contributed 28 points of the nearly 54% gain in the subsidiary business. The Nike Golf, Cole Haan and Hurley businesses each grew approximately 30% in fiscal Q2, while Bauer Nike Hockey increased 15% in a very tough in-line skate market.

International sales increased 12%, delivering a 14% gain in pre-tax income in the second quarter.

EMEA, which includes Europe, Middle East and Africa, sales saw a fifteen percentage point gain from the weaker dollar and would have been down more than 6% in currency-neutral terms. The company said much of the issue came from the pull-forward comparisons from last year and estimated that sales would have been up 3% on an apples-to-apples basis. Pre-tax profits improved 12% for the region in Q2.

Asia-Pacific sales increased almost 13% in currency-neutral terms, with Japan, China and Korea again driving the growth. Nike said they are building a “solid operational foundation” in China to support long-term growth that should be centered in Basketball and Soccer and the 2008 Bejing Olympics. Pre-tax income in the region increased 18%.

The Americas saw sales increase approximately 9% in constant currency, driven by “strong gains” in Brazil, Argentina and Chile. Pre-tax profits for the region grew 10% despite less favorable FX rates that negatively impacted margins in the Americas.

The total gross margin improvement was primarily attributed to higher product margins in footwear, lower airfreight versus last years actions due to the West Coast port issues, and fewer  and more profitable  closeouts. These benefits contributed approximately 130 basis points of the gross margin gain, while currency exchange and improvements in apparel margin, equipment and Nike retail added another 60 basis points.

U.S. gross margins contributed 80 basis points to the company GM gain, improving 210 basis points for the quarter. About half of the gain in U.S. footwear GM was attributed to the airfreight issues in the year-ago period.

Overall futures for delivery through April increased 9.7%, or approximately 5.7% in currency-neutral terms. U.S. futures gained one percent on a nice increase in footwear futures that offset an apparel futures business that was described as improving, but still down year-on-year.

Europe backlog improved 16%, aided by a stronger Euro that accounted for eight points of the increase. Asia-Pacific grew 18%, or 14% currency-neutral, and futures in the Americas increased 11%, or 4% in currency neutral terms.
SG&A outpaced sales growth, increasing 18% in the quarter to 31.8% of sales from 30.3% in the year-ago period.

Approximately eight percentage points of the increase came from the weaker dollar and the acquisition of Converse.

The other key element here is the 25% increase in “demand creation” to $341 million, or 12% of revenues. The FX rate issues and Converse accounted for about ten points of the increase. The balance of the increased spend came in the U.S. basketball business, the European soccer business and the Rugby World cup in Asia.

Inventory was down in the U.S. versus the year-ago period, but increased by $155 million in Europe, with $67 million coming from currency exchange rates. The Converse acquisition also contributed $48 million to the increase. Inventories would have increased just 6.5% without these changes.

Accounts Receivable was similarly impacted as FX rates accounted for $150 million of the gain and Converse added another $43 million to the balance. Receivables would actually be down 4% minus those two items.

The company is now suggesting that they should be able to exceed their previous guidance of high single-digit revenue growth and EPS growth in the mid-teens. NKE now sees double-digit sales growth it the dollar continues its weak performance. 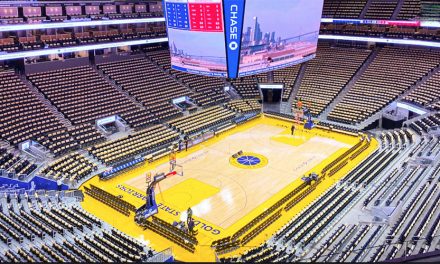 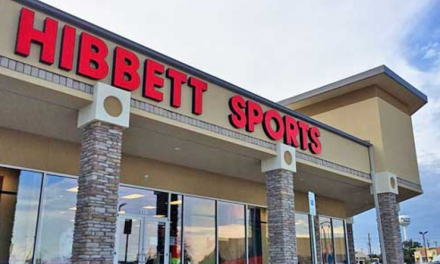