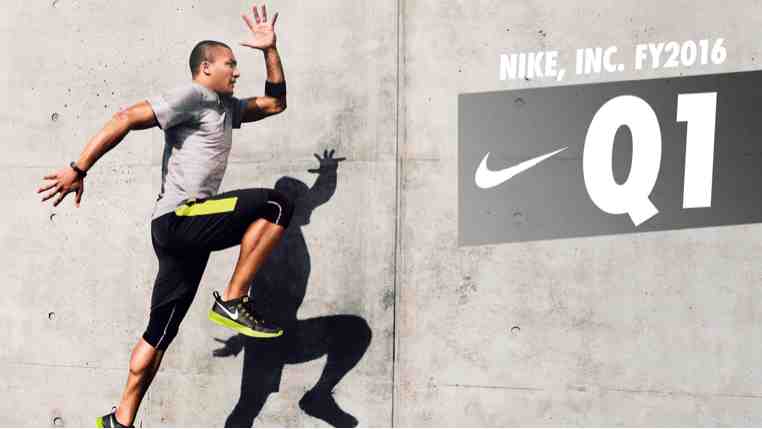 “Fiscal 2016 is off to a great start,” said Mark Parker, president and CEO, Nike, Inc. “Our relentless pace of growth is driven by our proven strategy of putting the consumer first, obsessing innovation in everything we do and leveraging our powerful portfolio. We’re well-positioned to continue to deliver long-term growth that is both sustainable and profitable.”

Inventories for Nike, Inc. were $4.4 billion, up 10 percent from August 31, 2014, driven primarily by an 8 percent increase in Nike Brand wholesale unit inventories. Increases in average product cost per unit, as well as higher inventories associated with growth in DTC, were largely offset by changes in foreign currency rates.
Cash and short-term investments were $5.4 billion, $829 million higher than last year primarily as a result of growth in net income and collateral received from counterparties as a result of hedging activities more than offsetting share repurchases and higher dividends.

During the first quarter, Nike, Inc. repurchased a total of 5.5 million shares for approximately $588 million as part of the four-year, $8.0 billion program approved by the Board of Directors in September 2012. As of the end of the first quarter, a total of 86.4 million shares had been repurchased under this program for approximately $6.5 billion, at an average cost of $75.70 per share.

As of the end of the quarter, worldwide futures orders for Nike Brand athletic footwear and apparel scheduled for delivery from September 2015 through January 2016 were 9 percent higher than orders reported for the same period last year, and 17 percent higher on a currency-neutral basis. 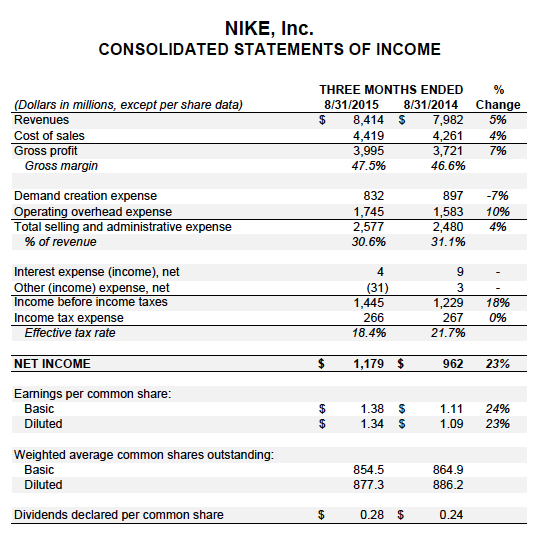 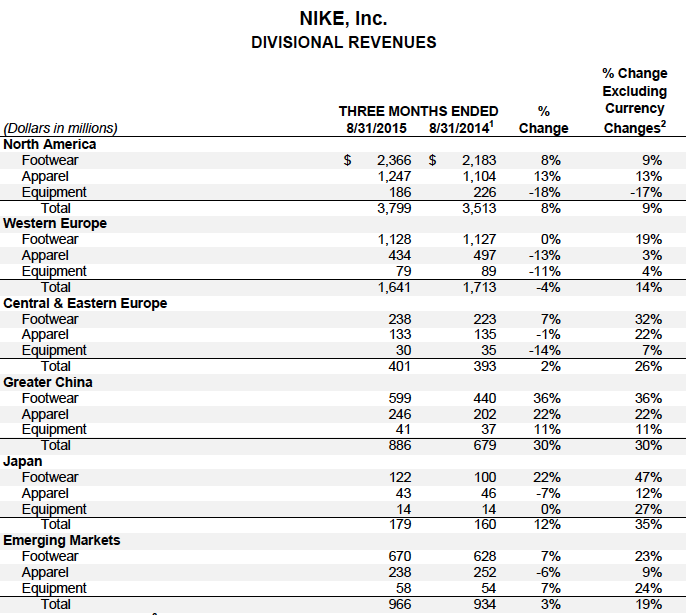 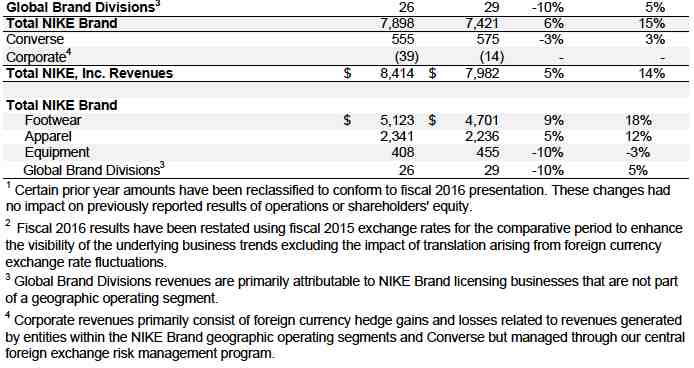 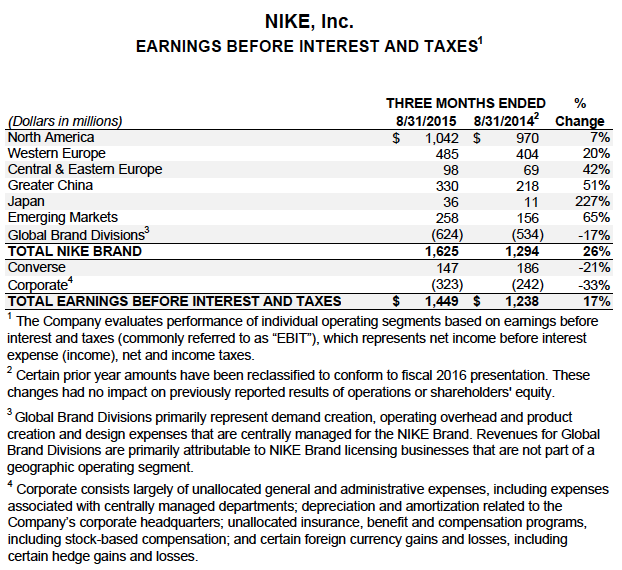 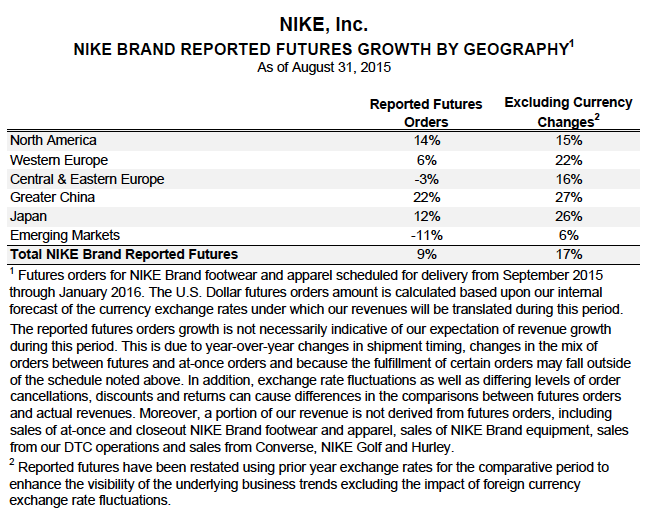