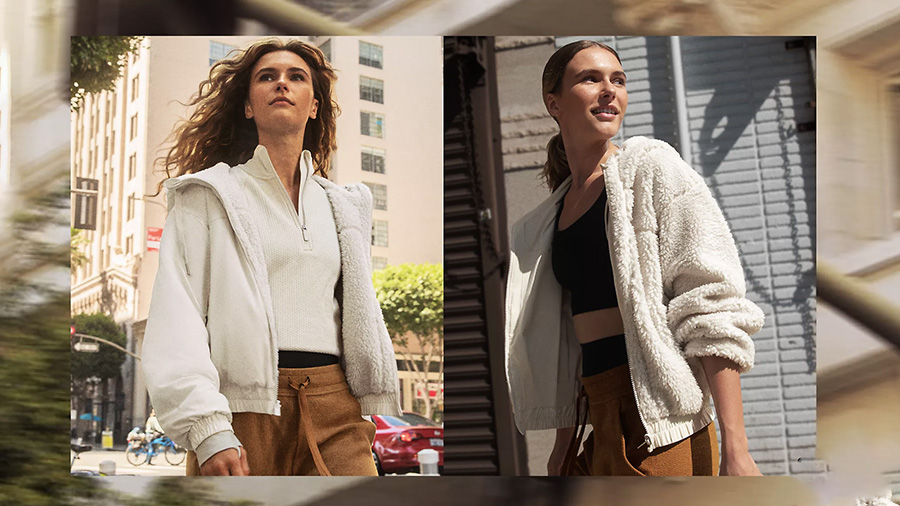 The survey found that teen spending continues to recover after recent surveys found spending weighed down by the pandemic.

One standout category was apparel, which ranked as the No. 1 priority for teens for the first time since Fall 2014 with a 22 percent wallet share. Apparel unseated Food at No. 2 with a 21 percent share. Among upper-income females, the wallet share for clothing reached its highest level since 2013 at 29 percent – up 270 basis points year-over-year and a 500 basis point gain after stagnating at 24 percent in Fall 2017.

Erinn Murphy, Piper Sandler, senior research analyst, said in a statement, “We believe apparel replenishment will continue into 2022 as the consumer continues to replenish.”

Athletic Apparel Mindshare Increases
Purchasing intent climbed in athletic apparel. Among upper-income teens across genders, 39 percent of respondents preferred apparel brands that are “athletic,” up from 38 percent in its Spring 2021 survey and up from 38 percent a year ago. The preference ranking was the highest since its peak of 41 percent in Spring 2017.

Among brands in apparel mindshare, Nike was the leading brand in apparel among all teens, at 27 percent, flat sequentially and year-over-year. Nike has led the apparel category for more than ten years. American Eagle remained at the number two spot but ranked far behind with a 7 percent share and shed 100 basis points year-over-year. The remainder in the Top 10 in apparel mindshare were PacSun, 5 percent; Adidas, 5 percent; Lululemon, 5 percent; Shein, 4 percent; Hollister, 3 percent, H&M, 3 percent; Urban Outfitters, 2 percent, and Vans, 2 percent.

Adidas fell from No. 3 last year to No. 4 but maintained a mindshare of 5 percent. Lululemon moved from No. 6 to No. 5, gaining 200 basis points year-over-year of share. Hollister continued to slip while Urban Outfitters fell one spot. PacSun gained 100 basis points and moved from No. 4 to No. 3 year-over-year. After Shein’s debut in the Spring 2021 survey, mindshare increased sequentially from No. 8 to No. 6.

Athletic Footwear Purchase Intent Surges Among Female Teens
In footwear, 86 percent of upper-income females prefer an athletic brand of footwear, up 600 basis points year-over-year and besting the previous survey high at 82 percent in Spring 2021. Among males, 87 percent of upper-income males prefer an athletic footwear brand, down 100 basis points from Fall 2020.

Vans held the No. 2 position, but shares slipped 500 basis points to 11 percent versus 16 percent last year. Adidas remained at No. 3 but lost 200 basis points of share year-over-year. Converse gained 300 basis points year-over-year, solidifying its No. 4 spot. Crocs moved up to the No. 6 brand versus the No. 9 spot last Fall to mark its highest ranking to date. Dr. Martens fell to No. 9 versus. No. 7 last year, while Birkenstock fell to No. 10 from No. 6. Hey Dude made its debut as a Top 10 footwear brand. Under Armour did not remain in the Top 10 after returning to the Top 10 in its Spring 2021 survey for the first time since Fall 2019.

Piper Sandler surveyed 10,000 consumers with an average age of 15.8 from 44 states with an average household income of $$67,755. The survey, released Tuesday, was conducted from August 17 to September 1.

The Top 10 Lists by category related to the Active Lifestyle Space, according to Piper’s Fall 2021 Report, include: