Nike, Inc. CEO Mark Parker described the U.S. region as the “workhorse” of the Nike brand in the second quarter, but the high-single-digit sales increase in the region for the period was eclipsed a bit by a mid-teens increase in Asia Pacific for the brand and a gain in the low-20s for the subsidiary businesses, including a jump of nearly 50% in the Converse business during the quarter. Combined, the continued strength in the mature U.S. business, coupled with the double-digit gains in Asia and the subsidiary businesses helped push revenues up about 10% for the fiscal second quarter ended November 30. Excluding the benefits attributed to a weaker dollar, revenues increased approximately 9% on a currency-neutral basis.

Net income and earning per share were also up nicely, reflecting increases in operating income in all regions except EMEA, but most of the gain came from a new, long-term tax agreement with the Dutch government, which included a retroactive tax benefit for fiscal 2006 and the first half of fiscal 2007. Excluding the benefit, which added 13 cents per diluted share to results for the quarter, EPS would have only been up a penny for fiscal Q2 and net income would have been down roughly 3.1% for the period.

Nike, Inc. added $680 million in incremental revenues over the first half of its fiscal year and looks to see more growth in the back half as order backlog at the end of the quarter came in higher than it had in a year.

Inventory growth, up in the mid-teens at the end of the quarter, was not seen as a serious issue since much of the growth came from the weakening dollar as the quarter progressed and the resulting currency-neutral growth of 11% was still seen as an improvement over the previous few quarters. Close-out inventories were up about 2% in constant dollars.

As for the fiscal second quarter through November, sales grew about 9% excluding the impact of foreign currency exchange rates, about the same growth as the year-ago period.

On a regional basis, the Nike brand saw upside in the EMEA business, which includes Europe, the Middle East, and Africa, surpassing the billion dollar mark for the quarter.

Excluding the impact of currency changes, the EMEA region saw Nike brand saw sales increase in all countries except the U.K. and France. The emerging markets in the region posted growth in excess of 30%, driven by “strong results” in Russia, South Africa, and Turkey. Excluding the currency benefits, total revenues were up 3% for the quarter, but footwear revenues were down one percent for the period, due primarily to weakness in the U.K. and France. Management did say they saw “some signs of improvement” due to increases in footwear and apparel futures backlog in Europe for the next five quarters.

EMEA pre-tax income declined 18.2% to $158.8 million, reflecting lower gross margins and increased demand creation spending versus relatively low levels in the prior year. Management said they expect the profit picture to improve in Europe over the balance of the fiscal year as gross margin comparisons get easier and marketing spend declines versus the heavy build up this last spring in advance of the World Cup.

In Asia Pacific, all business units — footwear, apparel, and equipment — saw revenue growth in the mid-teens on both a reported and currency-neutral basis. China and Korea were key drivers in the region, with revenues up about 30% for the period, but most other countries reported double-digit increases on a currency-neutral basis. However, Japan was up just over one percent, compared to a single-digit currency-neutral revenue decline in Q2 last year.

Asia Pacific pre-tax income increased 21.4% to $139.9 million as revenue growth and gross margin improvements more than offset demand creation investments in China, the launch of Nike+ in Japan, and sports marketing investments across the region.

The Americas saw stronger currencies deliver one percentage point of the regions growth in the fiscal second quarter, with the biggest gains coming in the equipment sector. Excluding currency changes, the Nike brand saw double-digit sales growth in “nearly every market” offset by softer results in Brazil and Canada.

Pre-tax income in the Americas was up 4.2% to $59.8 million, due primarily to higher revenues and improved gross margins that were partially offset by higher marketing expenses versus “relatively low levels last year.”

The U.S. region saw solid growth, driven by higher sales to “most major wholesale accounts.” The footwear business, which was up 8.4% for the quarter, saw mid-single-digit growth in units sold and “continued expansion in average price per pair.” Management said the Nike brand was outpacing the growth of the overall market behind the success of performance running, Jordan, and the sports culture product lines. Apparel growth for the period was fueled by a 26% increase in revenues in Nike branded performance apparel. Management said the equipment business improved on the continued transition of the socks and bags business to a performance positioning and away from the commodity business.

U.S. region pre-tax income was basically flat for the period, with the revenue increase for the quarter offset by lower footwear and retail gross margins and marketing investments in football, LBJ, and Nike+.

Total Nike brand footwear sales were up 6.5% to $1.88 billion in the fiscal second quarter, up from $1.77 billion in the year-ago period. Sales of footwear over $100 were up 20% over the last quarter. The low-profile business under the sport culture business was up more than 350% versus last year. Apparel sales growth outpaced footwear worldwide, growing 11.0% to $1.20 billion for the quarter from $1.08 billion in Q2 last year, with management calling out “some healthy increases” in basketball that were led by growth in USA basketball apparel. Equipment sales increased 10.9% to $209 million from $188 million in the year-ago quarter.

Nike brand futures for the period were up in units and dollars for deliveries through April, but management said that average selling price growth was moderating.

U.S. owned-retail saw an 11% jump in sales for the period, with Niketown stores posting a slight increase in comp store sales. NKE ended the quarter with 264 outlet stores, with 96 Nike brand outlet stores in the U.S., 62 in Europe, 37 in Asia, and 20 in the Americas region. The subsidiary companies had 49 outlet stores at the end of the quarter.

The company appears to be focused on outlet growth as their primary option for moving close-outs. They said that outlets should move about 70% to 80% of close-outs. When asked about the full-price retail business being built by adidas and Puma, management said they were more focused on being a strong wholesale partner for their retail accounts and downplayed their growth in that end of the retail business.

The subsidiary businesses grew faster than the Nike brand as a whole, with Converse posting an increase of nearly 50% for the period. Nike Golf revenue growth was up 6% versus Q2 last year and Cole Haan was up 9% for the quarter year-on-year, thanks to the success of the Dress Ai product line. NKE said operating income for the subsidiaries grew 136% for the quarter, again from higher revenues and improving margins.

Looking at the Exeter business, management said that Starter apparel is in about 80% of Wal-Mart locations in the U.S., but said they were “challenged a bit” to get the footwear end of the business up and going at WMT. They said they are still committed to making it work and still see tremendous upside in the footwear business. They pointed to a new deal with NASCAR for the Starter brand as having some upside as well.

>>> Difficulty in getting the Wal-Mart footwear business up and running, eh? Probably working through the issues that come with two Goliaths on the block 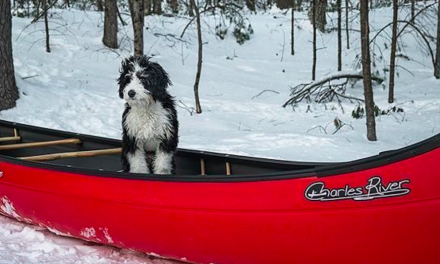 Johnson Outdoors Buoyed By Strength In Fishing And Diving

Interbike Opens a Portion of OutDoor Demo East to Consumers