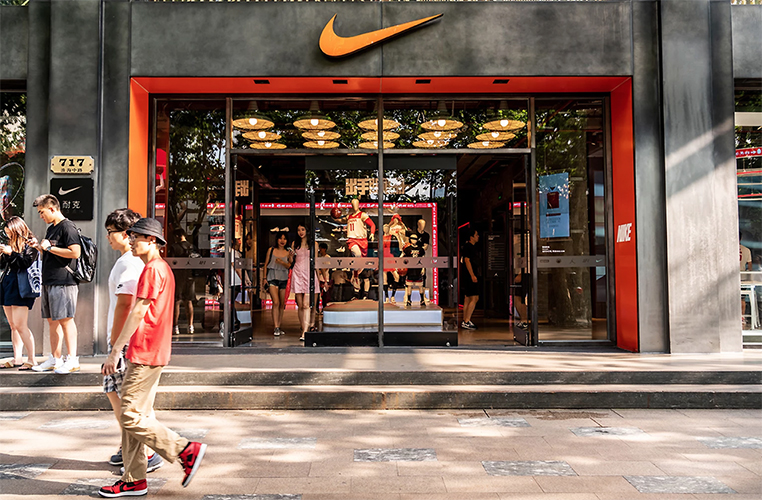 Nike’s shares are trading lower on Tuesday after Citigroup reduced its rating and price target amid growing consumer boycotts in China.

Citigroup analyst Paul Lejuez in a note, wrote he continues to “believe in” Nike’s “long-term growth and margin expansion story,” but he expects near-term pressure on sales and margin from a potential slowdown in demand in China due to boycotts that arrived in late March of several foreign companies by Chinese consumers.

Nike is one of many Western companies facing boycott calls after several nations imposed sanctions on China over alleged human-rights abuses in the cotton-producing region of Xinjiang. China denies the claims, but there has been a global outcry about the country’s treatment of Uighur Muslims in Xinjiang. H&M and Adidas have also faced calls for boycotts.

Lejuez said the political and consumer pressures could impact Nike’s sales in China, Nike’s second-largest market after North America, in the near term and plans in the region in the future.

In its third-quarter ended February 28, Greater China delivered by far Nike’s strongest regional growth, expanding 42 percent on a currency-neutral basis, as the region has seen a faster recovery from the pandemic. Greater China achieved its second consecutive $2 billion quarter. EBIT in the region surged 75 percent. Nike Direct grew 52 percent versus the prior year with more than 40 percent growth in digital and nearly 60 percent growth in Nike-owned stores as the retail market largely returned to normal, including strong double-digit growth in partner retail stores.

“While we do not believe NKE is seeing the same degree of social media backlash as H&M, the NKE app (an important driver of NKE’s direct-to-consumer business in China) was removed from the Android phone app store in China,” wrote Lejuez in a note. “Does the Chinese consumer really care? We think so. Based on a survey of Chinese consumers we conducted in early to mid-April, results show a clear favoring of Chinese athletic brands over western athletic brands. We do not believe a slowing China business was contemplated in NKE’s 4Q21 guidance (quarter ends May 2021), which could present both sales and gross margin risk near term. But this issue also comes at a time when management is finalizing its F22 plans and may influence how they plan and guide their business next year.”

In the research note released Tuesday, Lejuez overall detailed ten reasons for the downgrade, many related to the issues in China, including the potential for higher markdowns and elevated inventories.

Other potential near-term headwinds seen for Nike include supply-chain delays from port congestion and ongoing store closures in some regions that may drive elevated inventories and require higher levels of discounting. Lejuez further believes Nike may have to spend more to improve its brand status and elevate demand, and these costs could weigh on margins in fiscal 2022, potentially causing them to come in below expectations.

“Additionally, we believe a big step up in SG&A investments in F22 will drive lower margins relative to consensus. While we expect these pressures to be near-term in nature, we believe NKE is one of the few companies in our coverage that is facing potential pressures (as most others are likely to see sales/EPS upside over the next 12 months),” he wrote.

From a stock valuation perspective, Lejuez noted that Nike trades at around 25 times consensus estimates for earnings before interest, taxes, depreciation, and amortization (EBIDTA) for fiscal 2022, hovering near all-time highs.

“With shares trading at a significant premium to historical averages, we believe the risk/reward is fairly balanced at current levels,” wrote Lejuez.