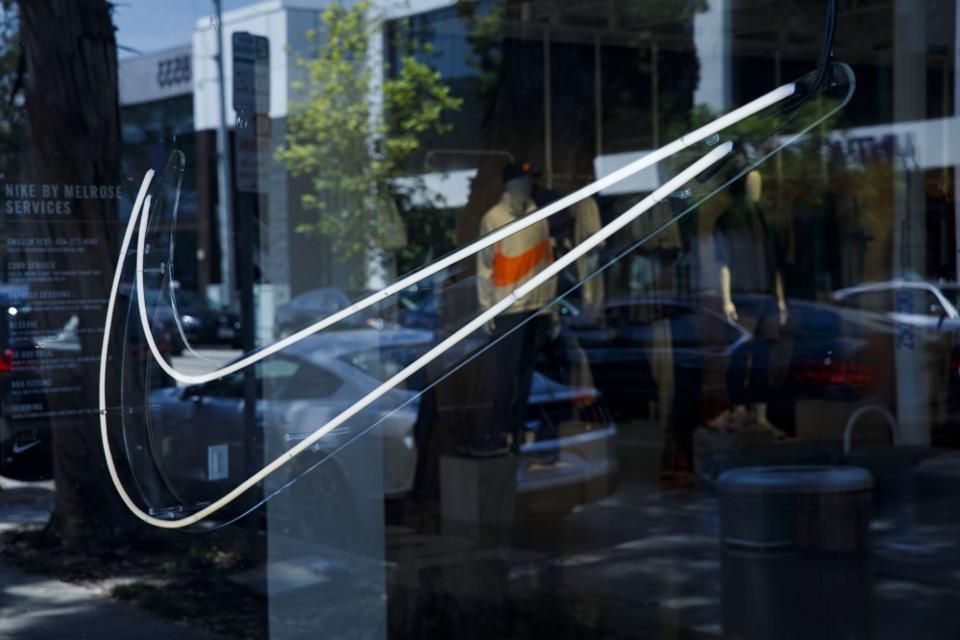 At the NRF Big Show in New York City, Stuart Hogue, Nike’s VP, marketplace development, discussed the sports giant’s successful partnership with Zalando that he said should serve as a “bit of a blueprint” for other brands and marketplaces to copy. 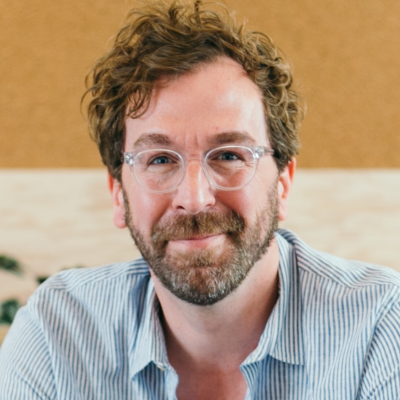 Hogue was joined in the session by Carsten Keller, VP, direct-to-consumer at Zalando, pictured right, the leading online fashion platform for Europe.

Both executives talked up the overall potential of online marketplaces, which they referred to as platforms. They said retail’s marketplaces serve as places for consumers to purchase goods and work much like Uber does for travel, Netflix for entertainment, Grub Hub for ordering food, and Spotify for music.

“There’s virtually an example for every industry,” said Hogue. “Driven by incredible consumer value, platforms are disrupting virtually every industry and nowhere are we feeling it more acutely than here in retail.”

Over the last five years, platforms have grown faster than any form of retail, expanding over 30 percent a year, more than double online’s clip over that period of 12.5 percent, and well above in-store retail’s pace of just under 2.5 percent.

“This digitally-led growth is happening amidst a much broader shift that we’re all experiencing, and all talking about, where mediocre and undifferentiated retail will not survive,” said Hogue. “Which is why at Nike, we are focused on working with world-class retailers like Zalando for the future.”

“We are passionate about creating unbreakable relationships with our consumers because we know consumers want to have a relationship with our brand,” said Hogue. “We also see it as a long-term driver of growth for the company.”

Hogue said Nike has a set of principles for whether, and how, it partners with online marketplaces.

He added, “The last two are very much focused on the strategy of creating unbreakable relationships with our consumers. For many of the marketplaces we are working with, we are focused on creating invitations to our consumers to join Nike membership and through insights and knowledge, we are collaborating with some of our great marketplace partners to personalize the experience by knowing them better.”

His one most important recommendation for brands exploring marketplaces is to have an aligned set of principles for how the brand will work across marketplaces.

“And the next thing that’s even more important is to be disciplined about them, stick to your guns,” Hogue said. “And, of course, we have our rules, and every other marketplace out there has their rules as well, and it’s really important that you understand those rules because getting it right with marketplaces starts with picking the right partner.”

Keller said Zalando was founded in 2008 as an online retailer buying goods from brands in a traditional wholesale relationship. By 2013, Zalando had become the leading online fashion retailer in Europe. In 2015, Zalando went public and soon after decided to reinvent its business model to develop a marketplace alongside its existing retail business.

He believes one key reason behind Zalando’s successful transition was because it worked with brands in building the marketplace and paid attention to their needs, such as storytelling and product presentation.

The transition also meant Zalando had to shift from a product-driven company to a technology-driven one. In one and a half years following the decision to become a marketplace, the number of developers working for Zalando grew from 300 to 1,300 and they’re now at 2,000.

Finally, Keller believes that a key to Zalando’s success in developing its marketplace was that it “opened up our box” and shared its learnings about operating online retail with branded partners. The goal was “to try to be a good partner and help them to really operate the direct-to-consumer model in this ecosystem. ” 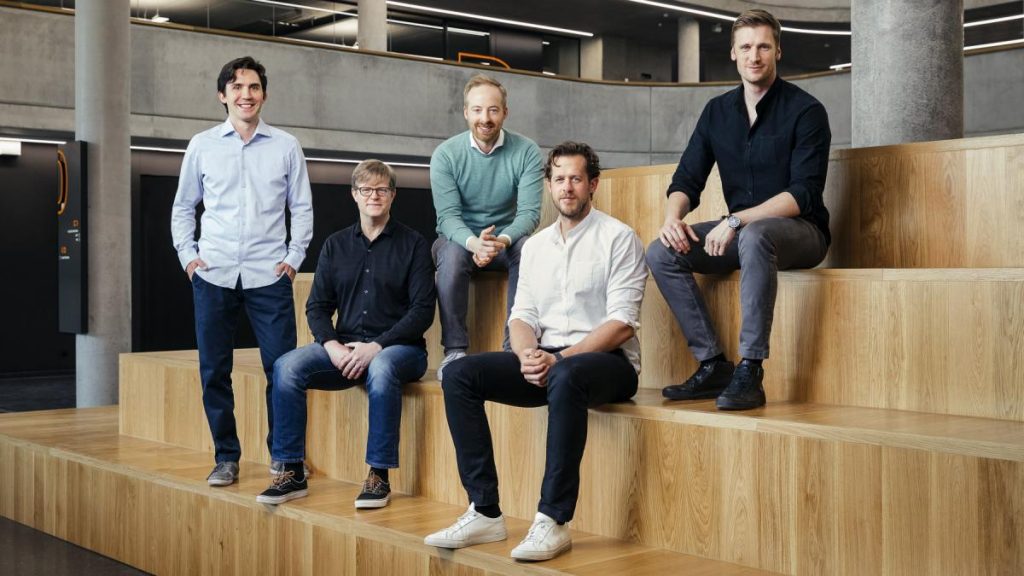 Today, Zalando is operating in 17 countries with sales reaching €6.6 billion ($7.3 bn) in 2018. Weller said much like Netlix is the first place people go for entertainment and Uber for mobility, Zalando’s aim is to be the “starting point” when it comes to fashion in Europe.  The platform’s active customer database is 29 million.

“A total of 3.6 billion customer visits during the last year were recorded, which shows that the customers really love the way that that fashion is presented,” said Keller. “And, I think, it’s not only us who are building the stage but the play on the stage is actually set by brands like Nike. And there are 2,000 brands on this stage acting towards our customers.”

Nike first started working with Zalando in 2010 well before it became a marketplace. Said Hogue, “We noticed they were a hyper-driven team in hyper-growth mode, and we decided to place a bet, and that bet has tremendously paid off. Over the last 10 years, Zalando has been one of our largest growth partners in Europe.”

Particularly appealing to Nike has been Zalando’s success reaching women, the platform’s commitment to storytelling and aligned cultures between Nike and Zalando. Said Hogue, “We are both culturally risk-takers. We have a track record of trying things, sometimes failing. But oftentimes, having them work and scaling them forward.”

Indeed, Hogue stressed that working with platforms and brands “requires a commitment to innovating digital together” and he shared areas Nike is pushing innovation with Zalando.

Hogue said, “The first is around storytelling, and we are committed to continuing to push the boundaries around storytelling. The second is on multi-dimensional, in-real-life, digital-to-physical experiences and then on-demand convenience, constantly fighting friction for our consumers.”

Sharing a few examples, Hogue noted the Nike saw a “huge opportunity to introduce sneaker culture to ‘her'” in Europe and has collaborated with Zalando to “tell great stories around sneakers on a platform.” Steps included building product pages that “romanced the heritage and stories of our sneakers” and creating look-books showing women how to style their sneakers. A product release calendar was also created.

A second example offered was an event last year supporting the Just Do It campaign and hosted by Zalando that invited women to a boxing event hosted by elite trainers. Said Hogue, “What I love about this example is the fact that we used Zalando’s advanced analytics platform to zero in on not only consumers who love Nike but those who would show the most likelihood of engagement with an experience like this.”

Finally, Nike and Zalando are partnering on inventory management. Zalando has already integrated the warehouses of brand partners like Nike into its network to help it fulfill online orders. 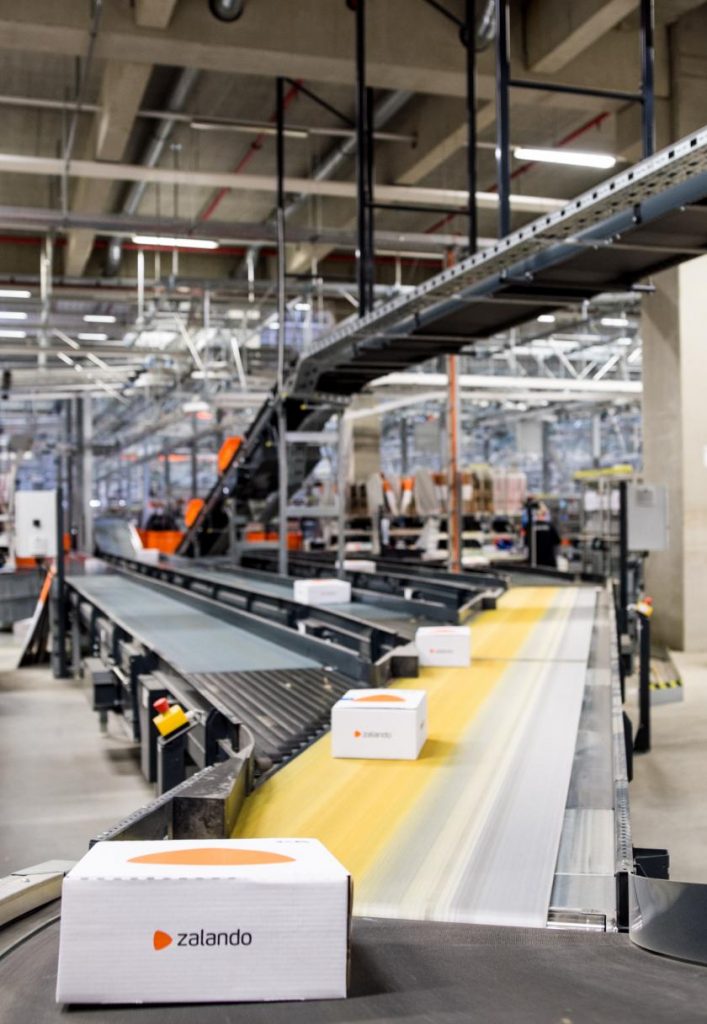 But Keller noted that Zalando still faces inventory challenges. One challenge was out-of-stock situations in too many cases. A second issue was speed with same-day delivery increasing in popularity.  Finally, sustainability was an issue as the further the warehouse is from a customer, the higher the carbon footprint in the delivery process.

A new solution is using Nike stores to fulfill online shipments in a program set to start in Berlin in early spring. The arrangement will support same-day delivery.

Keller said, “That means, if a Berlin customer orders a Nike product, we will forward the order into a store of Nike in Berlin. The store picks, packs and prepares for shipment. And then a courier of Zalando will come by to pick it up and bring it on the same day to the consumer. So, this is much faster. There’s much higher availability, and this is so much more sustainable than if we bring it from a warehouse somewhere.”

Zalando will also provide opportunities to support click & collect to support both online pickup and returns at Nike stores in the move that will also support same-day delivery and sustainability. Weller also saw benefits in encouraging Zalando’s customers to head to Nike’s stores to gain advice on purchasing running shoes or learning about the local Nike Running club.

Summing up the session, Keller said “storytelling, customer experience and convenience” should first be a focus for brands thinking how to work with marketplaces. He added, “Second, we see the highest impact for the consumer as brands and platforms are working together, because we’re bringing both very different strengths to the table, and the best comes out of that joint partnership. The last one is we actually see in the effect quadruple wins for the customer, for the brands, for the platform, and for the environment.”