New Overtime Rules Will Restructure Pay For Many Industry Employees

In the active-lifestyle industry, where many work countless extra hours for the passion of the job and/or cause, new federal overtime rules are likely to have a big effect.

The U.S. Department of Labor announced May 18 that it will more than double the minimum annual salary to $47,476, which company will have to pay their employees in order for them to be exempt from time-and-a-half overtime pay.

The rule change, under the Fair Labor Standards Act, goes into effect December 1, 2016.

The minimum annual salary previously stood at $23,660, to which an increasing amount of complaints, some legal, began to arise that businesses were taking advantage of the low minimum to deem their employees “managers,” work them more than 40 hours per week and avoid paying them overtime.

The new $47,476 annual pay (or $913 per week) minimum was based off the 40th percentile of earnings of full-time salaried workers in the lowest-wage U.S. Census Region, currently the South. That figure will adjust, based on inflation, every three years.

Simply put, the change will require companies to pay their full-time workers overtime if they make less than $47,476 per year and work more than 40 hours per week. It will affect thousands, if not millions, of particularly younger workers in the active-lifestyle industry working shop floors and more entry-level jobs.

The National Sporting Goods Association (NSGA) said it objected to the rule during the comment period earlier this year, adding it “will have a serious negative impact on employers.”

At the same time, the organizations acknowledged there’s little they can do as current law allows the Labor Department to establish rules to enforce the Fair Labor Standards Act. As a result, it is not a legislative issue, but federal administrative one.

“We want our members to be prepared for this new rule and have plans in place to adapt to these changes by the December 1 implementation date,” NSGA President & CEO Matt Carlson said.

And that’s where the biggest burden will fall on companies, the organizations said.  Having to figure out new compensation structures and likely increased tracking of overtime pay.

Options for businesses who employ salaried workers making less than $47,476 a year could include:

Even if the latter route is chosen, officials note there’s also still a means test to the work that employee does to be exempt from overtime pay.

More information on the final rule can be found here. 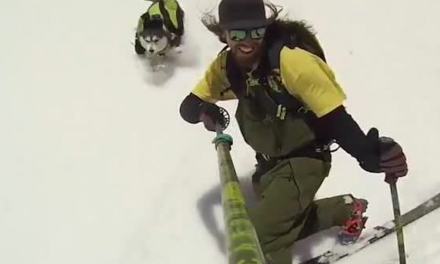