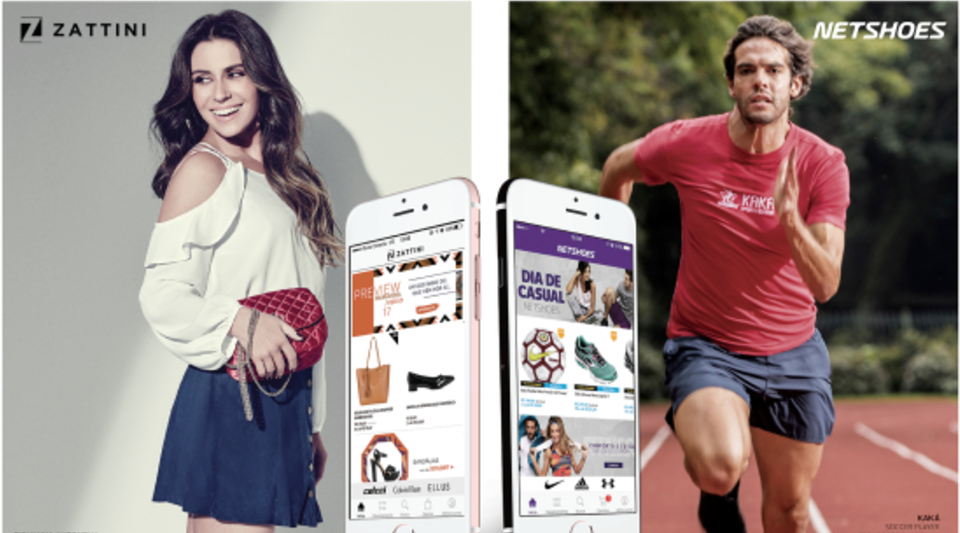 Only fully committing to e-commerce in 2007, Netshoes has become the leading sports and lifestyle online retailer in Latin America and has a goal of becoming the overall leading online consumer platform in Latin America.

The São Paulo-based company, which went public on the New York Stock Exchange on Thursday, was founded in January 2000 by Marcio Kumruian and Hagop Chabab with a single physical shoe store in São Paulo, according to its prospectus. In 2001, while remaining focused on its brick-and-mortar store, it began selling online, targeting small businesses. By 2003, the company started partnering with sports centers and gyms and established small, on-premise storefronts where gym members could try on shoes and sporting equipment and place a customized order of those products through its website.

While its store base had grown to nine locations, e-commerce was soon seen as the larger opportunity. In 2007, all its stores were closed and the full shift to e-commerce was marked by the launch of Netshoes.com, which specializes in sports and active lifestyle goods.

Netshoes soon became one of the most recognized brands by Brazilian consumers. In 2011, the site expanded to Argentina and Mexico. In December 2014, Zattini, an online store focused on fashion products, was launched in Brazil.

The company noted that it had achieved the following significant milestones as of its year ended December 31, 2016:

Netshoes believes its growth has been helped by maintaining a core strategy of focusing on product verticals with higher margins that have short replacement cycles and are easy to ship. Marked by its high repeat-order rates underscoring its customer loyalty, customer service is also seen as a key to its success, which includes reaching customers in remote locations not typically served by traditional retailers.

As one of the first companies in Latin America to provide online retail offerings, Netshoes also believes it has become a trusted partner of many brands seeking to grow in the region. The company offers over 190,000 stock keeping units (SKUs) from over 500 brands. Last year, four brands – Nike, Adidas, Mizuno and Asics – made up approximately 41.2 percent of sales, up from 34.4 percent the prior year.

Finally, its logistical capabilities was seen as an advantage. Netshoes ships over 1 million orders a month and, on average, processes the orders its receives within six hours after confirmation, achieving an on-time delivery rate of approximately 97 percent of total processed orders. Approximately 105,000 orders are processed per day during its peak holiday season compared to an average of 35,000 orders per day in 2015.

The company believes its technological advantages have helped it differentiate itself from traditional retailers while its specific regional knowledge has allowed it to compete against international e-commerce sites.

Looking ahead, Netshoes believes it has significant room to further grow the customer base at both of its sites.

“We are well-positioned to benefit both from the expected industry shift to online retail, and from continuing to refine our marketing efforts to draw new consumers to our sites and then convert those consumers to active customers,” Netshoes wrote in its prospectus.

Collectively, as of December 31, 2016, its sites had 18.3 million registered members and management expects to further drive frequent repeat purchasing and higher customer retention. In November 2016, it introduced a mobile app relating to activity tracking, which closely aligns with its sports and lifestyle brand. Introducing new products and expanding private label are also seen as a growth opportunity.

Zattini, launched in December 2014, “is quickly becoming a leading online brand for fashion and beauty in Brazil in terms of consumer recognition.” In 2016, Zattini accounted for 11.5 percent of its online sales in Brazil and 10.2 percent of its net sales on a consolidated basis.

Argentina and Mexico also remain largely untapped. For the years ended December 31, 2015 and 2016, its non-Brazil Latin America operations accounted for 13.3 percent and 10.6 percent of its total net sales, respectively. Netshoes wrote, “We believe that there is significant growth and profitability remaining in these businesses as they continue to scale and as we introduce brands and products such as Zattini to those markets.”