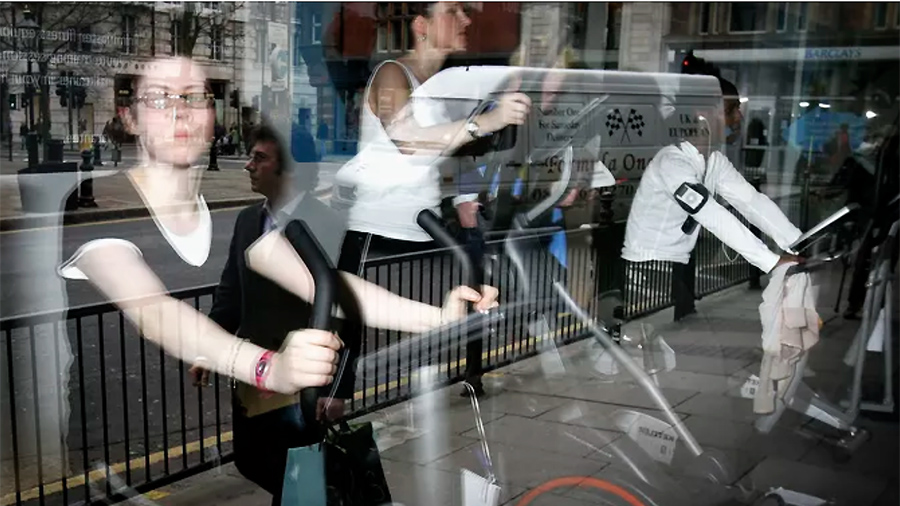 Shares of exercise-equipment maker Nautilus, Inc. touched a 52-week low on the New York Stock Exchange Tuesday after the company reported a loss in the fourth quarter and forecasted an operating loss in the current fiscal year as it navigates a moderating demand for at-home fitness equipment and bloated retail inventories.

Pre-pandemic, about 40 percent of consumers who deem fitness essential to their daily lifestyle worked out at home. Two years later, those same consumers are working out at a gym at close to 70 percent, and the rate has held steady for an entire year.

“Consumers have adopted a hybrid model for fitness, similar to what they have done for work locations,” said Barr. “In our new target consumer segment, which we call enthusiastic cross-trainers, the importance of home workouts is even more pronounced, with nearly 90 percent of them working out at home.”

He said this target customer is building home gyms with multiple modalities and are becoming more brand loyal. 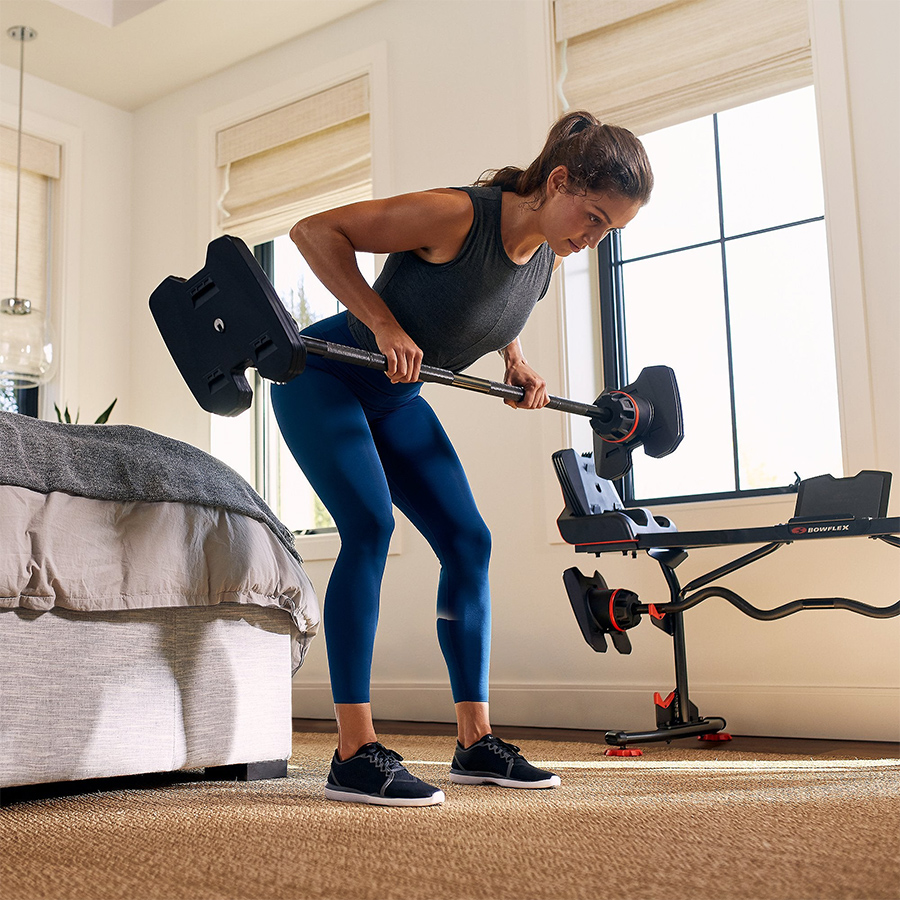 “As we predicted early in the pandemic, the home industry more than doubled to its peak, then regulated from its high point and has trended down to its new normal level,” said Barr. “We continue to expect the natural demand settle point will be well above pre-pandemic. We believe that these long-term trends, coupled with our well-known brands, strong product portfolio, differentiated connected fitness offering, and omnichannel go-to-market position, will serve us well to capture the elevated opportunity.”

However, Barr said near-term demand is uncertain. He elaborated, “Over the past several weeks, we’ve seen an uncommon and unexpected combination of factors conspire to slow top-line momentum. We have not seen normal retail orders due to their heavy inventory positions. Fearful of not having enough inventory after holiday 2020, retailers ordered early and at elevated levels beginning in our Q1 last year. Despite solid demand and seasonal sell-through in the most recent fitness season, some retailers still have more inventory to sell through. We are monitoring these inventory levels and sell-through rates and are assisting our retailers in working through their inventory to enable reorders later in the year. We have also experienced a rapid deterioration of the macroeconomic environment with elevated inflation and interest rates and declining consumer confidence in stock market performance. Add in the COVID resurgence in China and the war in Europe, and the current situation is volatile and challenging.”

In the fourth quarter ended March 31, sales fell 41.9 percent to $119.7 million. Nautilus noted that the year-ago quarter marked the highest quarterly sales in the company’s history. Compared to the first quarter of 2020, sales were up 41 percent, or a 19 percent two-year CAGR (compound annual growth rate), excluding Octane Fitness. Nautilus sold Octane to True Fitness Technology for $25 million in October 2020.

The year-over-year decline was attributed to lower demand for cardio products that was partially offset by strong sales of SelectTech weights and benches compared to the same period in 2021.

Gross margins in the latest quarter were more than halved to 17.5 percent compared to 38.4 percent last year. The 20.9 percent point decrease was primarily due to increased product costs, logistics, discounting (16 basis points), and increased investments in its JRNY online platform (5 basis points).

The operating loss was $21.9 million compared to an operating income of $39.7 million last year, primarily due to lower gross profit and higher operating expenses.

Direct Segment Revenues Decline 41 Percent
By segment, sales in the Direct Segment in the quarter were $59.8 million, a decline of 41.1 percent versus last year, and up 27 percent, or a 13 percent CAGR, compared to the same period in 2020. The net sales year-over-year decrease was primarily driven by lower cardio sales.

Cardio sales in the Direct Segment declined 44.2 percent versus last year and were up 9 percent, or a 4 percent CAGR, compared to the same period in 2020. Lower sales were primarily driven by lower bike demand.

Strength product sales dropped 34.3 percent versus last year and increased 83 percent, or a 35 percent CAGR, compared to the same period in 2020. Lower sales this quarter were primarily driven by lower sales of Bowflex Home Gyms, partially offset by increased sales of SelectTech weights and benches.

The Direct segment ended the quarter with an $800,000 backlog as of March 31, 2022, as product demand declined. These amounts represent unfulfilled consumer orders net of current promotional programs and sales discounts. 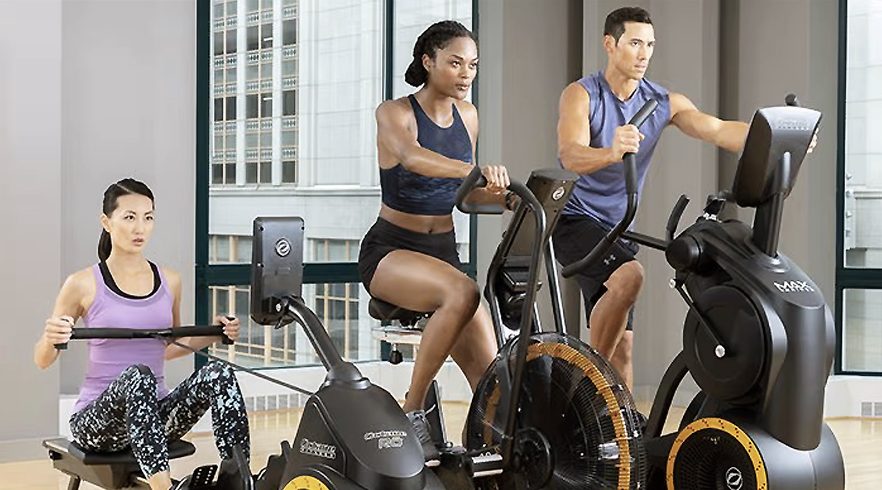 Excluding sales of the Octane brand, cardio sales were down 15 percent, or a negative 8 percent CAGR, compared to the same period in 2020.

Strength product sales grew by 9.8 percent versus last year and were up 277 percent, or a 94 percent CAGR, compared to the same period in 2020, led by the popular SelectTech weights and benches.

As of March 31, 2022, the Retail segment’s backlog totaled $32.1 million compared to $178.6 million as of March 31, 2021, as retailers are now ordering closer to need as compared to last year. These amounts represent customer orders for future shipments and are net of contractual rebates and consideration payable to applicable Retail customers.

In the Direct segment, sales for the twelve-month period were $221.7 million, down 24.9 percent versus last year and up 85 percent, or a 36 percent CAGR, compared to the same period in 2020.

For the first quarter, sales are projected to be between $45 million and $55 million. At the mid-point, compared to the same period in Fy20, this guidance represents a decline of 13 percent or 4 percent growth excluding Octane. Q1 revenue guidance reflects weaker retail demand as partners work through their elevated inventory levels. Nautilus expects a Q123 adjusted EBITDA loss of between $22 million and $27 million.

Given the impact of elevated inventory levels at its retail partners, the company expects the second half of the year to represent between 65 percent and 70 percent of full-year sales, slightly higher than the pre-pandemic second half seasonality of approximately 60 percent.

Gross margins for the second half of the year are expected to be in the range of 27 percent to 30 percent. The improvements versus last year are driven by lower inbound freight and demurrage fees and the reduction in the logistics facility’s footprint. Nautilus intends to close one of its distribution centers when the lease expires in the fall of 2022 and will not be renewing the leases of some storage locations.

Given higher anticipated sales levels in the second half of the year, improved gross margins and plans to flex sales and marketing expenses in line with sales, it expects to deliver positive adjusted EBITDA for the second half of FY23.