More On Camping World’s Pivot Away From Outdoor Retail 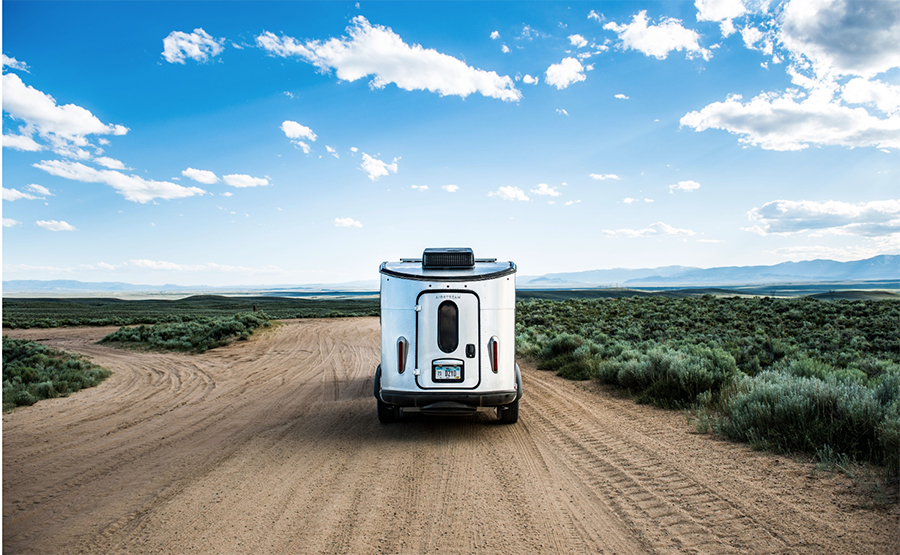 Camping World Holdings Inc. has put outdoor retail in the proverbial rear-view mirror and set its sights on selling only recreational vehicles and accessories—even as the RV market sputters along.

As SGB reported last month and then detailed further in our August M&A Roundup, Camping World sold a pair of outdoor specialty retailers—Tennessee-based Rock/Creek Outfitters and Illinois-based Uncle Dan’s Outdoor Store—to Arkansas-based Gearhead Outfitters for an undisclosed amount after owning them for less than two years.

But now that the company has shed some light on its larger retail plan, those moves are just a hint of what’s to come.

Camping World this week said it will “strategically shift away from locations where the company does not have the ability or where it is not feasible to sell and/or service RVs.”

Specifically, those “27 to 37 locations” are Gander Outdoor stores, which is just a fraction of 227 total stores, per the company’s second-quarter 10-Q, but still a significant rightsizing for Camping World’s overall business model.

The actual number of stores the company “sells, repurposes, relocates or closes” may change, Camping World added. The company is “evaluating the impact on the company’s supporting infrastructure and operations and expects the majority of the activities contemplated under the plan to be completed by year-end.”

“We believe the sale and/or servicing of recreational vehicles is our core and most important offering and, with the RV and outdoor consumer crossover, we believe there is an opportunity to continue growing our market share and improve our financial performance through the operation of locations with RV sales and/or service and, when feasible, our hunting, fishing and camping products,” said Chairman and CEO Marcus Lemonis. “We will continue to operate our RV sales and/or service locations under three banners, Camping World, Gander RV and Outdoors and Gander RV.”

Still, this is “essentially a retrenchment of the initial Gander Outdoors strategy that was set in place back in 2017, a strategy that has been a recent point of investor angst given the mounting cost and margin pressures it has placed on the legacy business,” according to an investor note published Wednesday by Brett Andress of KeyBanc Capital Markets. “While details are still forthcoming (we expect to hear more definitive store closure/divestiture counts and financial impacts sometime before the 3Q19 call), we view the intent of last night’s announcement favorably, for two primary reasons.”

The first, he said, is that “Gander as a whole (including Gander RV hybrids and standalone stores) will be dilutive to EBITDA by upwards of $60M in FY19, and we estimate that the outright closure of 27 to 37 standalone Gander stores could eventually be accretive to annualized EBITDA by $10M-$30M, with that number drifting higher as CWH also works to address stranded overhead costs associated with the wind-down of retail operations. In short, this announcement should be a tailwind to FY20 profitability.”

The second reason is that “based on investor feedback over the last several quarters, the evolution of Gander Outdoors into a black box of Gander RV, Gander standalone, Gander/CWH side-by-sides, etc., has added unnecessary complexity and opaqueness to the business, and last night’s announcement starts the path toward CWH returning to more of a pure-play RV retail company/roll-up story.”

Camping World’s return to a “pure-play” RV company seemed more and more likely as the company looked to correct some past missteps—including the outdoor retail gambit.

Now Camping World is going all-in on the RV market—a shift that comes as the company continues to fight some operational and marketplace headwinds. Even though Camping World last month reported record quarterly revenue ($1.5 billion in Q2, up 2.3 percent from the year-ago period and ahead of estimates by $20 million) and an all-time high of RV unit sales (33,715), trouble was brewing beneath the surface.

Margin pressures forced Camping World to drastically reduce full-year EBITDA guidance to be “around the mid-to-low $200 million range,” Lemonis said, which was significantly down from the consensus of $282.9 million even as revenue guidance remained intact.

And RV shipments have seen double-digit declines while manufacturer earnings and shares have been hit by the downturn. That market softness, coupled with Camping World’s own misdirected focus on non-RV product inventory, contributed to recent woes.

“During the quarter, the RV industry was softer than we anticipated,” Lemonis told analysts on the Q2 earnings call. “Declines in manufacturer shipments and RV retail registrations continued. Additionally, we believe many competitors continued to destock and even liquidate inventory through heavy discounting and increased promotional activity.”

Click here for more analysis of the RV industry.

Perhaps a turnaround is on the horizon. Wall Street reacted positively to this week’s news of a sharpened focus on RVs, a market that could make a comeback in early 2020, most analysts have said. Shares of Camping World increased 37 cents, or 5 percent, to $7.77 at market close on Wednesday, though the company’s stock has been on a downward spiral for the past year and is valued at about a third of what it was in November 2018.