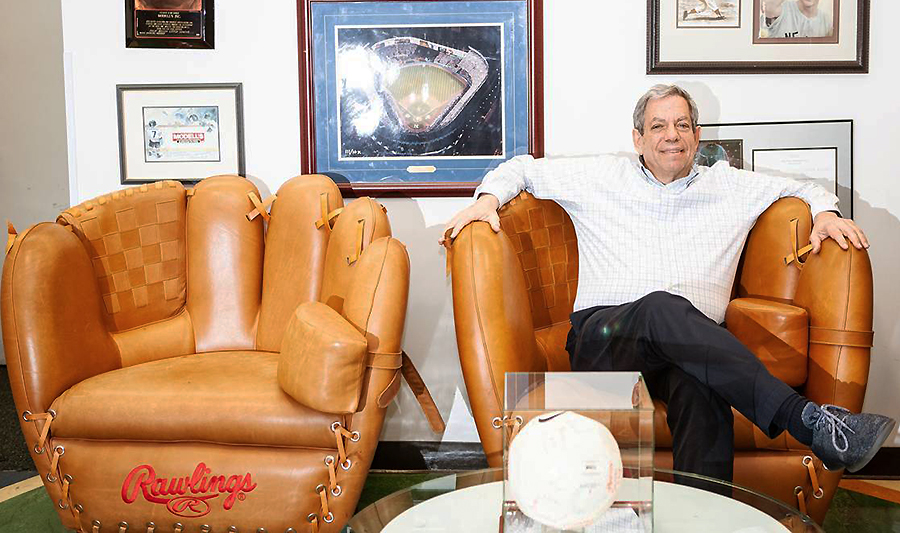 On March 11, Modell’s Sporting Goods received an e-mail from a Wall Street Journal reporter who said she planned to publish an article about the retailer hiring a restructuring firm and possibly exploring a bankruptcy filing. They were given one hour and 45 minutes to offer a response.

After discussions internally and with its outside PR firm, the New York-based chain decided to not comment and to let the article run its course, Mitchell Modell, CEO, told SGB Executive.

“We had 48 hours and we would have been in liquidation. There’s no question in my mind,” said Model of the urgency he felt at the moment. “When people are sick, they prepare for it. When it comes out of left field, that’s the problem. That’s when it spirals down. I was telling somebody, “Hold your breath and don’t breathe’ because that’s what happens when stores don’t get merchandise. It becomes a self-fulfilling prophecy.”

Indeed, within four days of the initial WSJ article, daily shipments to Modell’s distribution center slowed to 7,000 from 18,000.

Mitchell saw a “déjà vu” resemblance to the situation faced by Toys R’ Us last year.

A CNBC report around the hiring of a restructuring advisor led to a “freefall” of vendor support that soon devolved into bankruptcy and liquidation. Modell is a personal friend of Toys R Us’ former CEO David Brandon. The one difference is Brandon had only been in the toy industry for three years while Modell has been working in the sporting goods industry his whole life.

An emergency meeting was held and Modell decided on March 13 that he and his merchandising chief, Charles Castaneda, would call all of the retailer’s 300 suppliers and reach out to their CEO, CFO and credit officers as well as their financiers to convince them to resume shipping. The steps included providing them with the company’s financials under nondisclosure agreements that underscored Modell’s improving liquidity and results as well as the CEO’s personal cell phone number if they had any concerns.

In a series of videos on Vimeo, Modell also promised he would invest $6.8 million of fresh capital into the company. The investment, expected this week, is being made in part because of an 11-year-old lawsuit with the widow of Modell’s late brother, Michael, has just been settled. Modell secured 100-percent control of the operating company that controls the company’s 151 stores.

Finally, Modell’s presented to the vendor community a new operating plan to drive further improvement and more stability to the business. As a result of those efforts, 297 of the 300 vendors resumed shipping to the retailer.

Modell said he’s “really appreciative” of his industry partners who “took major risks” by agreeing to resume shipping or otherwise support Modell’s. He recognizes many had been burned by a string of bankruptcies over the last few years, including Sports Authority, MC Sports, Bob’s, Eastern Mountain Sports, Sports Chalet, and City Sports.

Said Modell, “They all heard the same story, ‘Ship me.’ ‘Don’t worry.’ ‘We’re not going to hurt you.’ And the next thing that happens is the callbacks, preferential treatment, 90-day terms, everything goes back to creditors…That’s what they were living through. So we had to work through, ‘That’s not us.’ ‘My name’s on the door.’ ‘We’re not going to let that happen.’”

For vendors, the first concern was the hiring of Berkley Research Group (BRG), which the WSJ report noted had recently worked with three retailers, Gymboree, Shopko and Things Remembered, that filed for bankruptcy protection.

Modell said the retailer had previously hired BRG in 2017 to explore process improvements after having first encountered them when exploring securing Sports Authority leases. He said BRG was hired again this February to similarly seek out ways to improve processes, including reducing its cost structure, improving margins, and driving sales. He insisted they weren’t hired for any restructuring activities. Said Modell, “To me, they weren’t a restructuring company, they were a consulting group.”

Concerns exacerbated as vendors realized that the WSJ article coincided with a poor December and January for Modell’s that caused the retailer to be late on some payments to vendors and landlords. The shortfall was caused by warm weather that included no snow, tough comparisons against the Philadelphia Eagle’s Super Bowl win the prior year, and an overall tough retail climate.

But the markdowns absorbed in December and January along with the soft sales performance crushed margins.

Another factor making vendors and other creditors suddenly nervous was the exit two weeks before the WSJ report of its CFO, Eric Spiel. Modell said Spiel “was looking to get out of retail” and has joined Town and Country Living. A new CFO, David Stern, most recently at Destination Maternity, joined Modell’s on Monday. BRG’s Mark Renzi, who had been interim CFO, will stay on for a one-week transition period although BRG’s consultant assignment with Modell’s has ended.

Modell said several financial executives have told him Modell’s is the only retailer to survive after losing a CFO and facing a bankruptcy rumor at the same time. He said the biggest lesson the retailer learned over the last few weeks is the benefits of over-communication in such crisis situations.

“Be transparent. Be forthcoming. Don’t hide,” said Modell. “Everybody on every call, every credit manager, every factor, every landlord, every vendor — I gave them my personal cell number. I said, ‘If you have a question or an issue, if you hear something in the market you feel uncomfortable about, if you feel that you’re over-extended, and you feel you have too much risk, if we’re late one day on payments, if there’s a discrepancy in payments…if you call, text or e-mail us and you don’t get a response in an hour, you call me directly.’ So when they have access to the CEO like that, they know I’m not hiding, my name’s on the door, and I’m in it for real.”

Modell said that internally, he feels the company is “totally 100-percent stabilized and out of the woods.” Beyond regaining vendor shipments and being paid up, the retail has “plenty of availability” on its line of credit and “plenty of excess availability.” He also said the business generally has been performing well. Except for the poor fourth quarter, four out of the last five quarters have shown positive comps at a time when the sporting goods industry has overall been generating “negative” comps, he noted.

February and March also ran “tremendously over plan” and margins are likely to continue to benefit in the months ahead as the markdowns taken in December and January reduced aged inventory by $6 million.

A report in Creditntell showed pre-tax income in March improved to a profit of $600,000 from a loss of $1.2 million prior in spite of the Easter shift. Gross margin lifted to 48.1 percent from 46.6 percent because of the inventory clean-up.

In the near term, Modell’s has also placed a priority on finding more efficiencies and reducing costs.

In late March, Modell sent out a letter to all its 4,300 associates indicating that the retailer would be held more accountable by vendors, landlords and lenders than in the past for reaching targets on sales, margins and markdowns in the months ahead “in order to solidify our credibility and maintain their trust.”

As a result, unnecessary markdowns and promotions were being eliminated, everyday value promos would end and Mo’Deals would be suspended for at least the next six weeks. The importance of expense controls was emphasized and the CEO noted that neither merit raises or first quarter bonuses would be handed out. Wrote Modell in the letter, ”Knowing how everyone relies on them has made it one of the toughest decisions of my entire career.”

Modell told SGB Executive of the moves, “Like anything else, you watch things a little tighter than you normally would but never cutting into muscle, cutting into fat.”

Modell remains thankful for his employees, noting that not a single associate has left despite the bankruptcy rumors. He remarked, “That’s pretty amazing. Usually, people run for the hills.”

Vendor Base To Shrink

Modell’s is also revising its operating strategy with a goal of further improving sales and margins. One major change will be cutting its vendor base in half to 150 suppliers from 300 in part to streamline the purchasing process. Said Modell, “When you have some vendors doing $50,000 to $100,000, unless they have a proprietary item, it does not make sense. I don’t need six guys for basketballs, I need three.”

The other goal in the vendor change is becoming “stronger strategic partners” with its narrower vendor base. Said Modell, “We want to become more important to fewer people.”

The retailer has promised to be more responsive on ideas from go-forward vendors to grow both online and the store level, including influencing in-store presentations.  Said Modell, “They’re going to help us analyze our business.”

Vendors will be empowered to test ideas. Said the CEO, “If they feel there’s a category, classification or items that they want to sell us and we pass, we’re going to allow them to put it into our stores. What we ask if it doesn’t work, just protect us.”

A vendor card is being developed to track each vendor’s progress.

Another change from a mix standpoint will be increasing private label penetration to a goal of 20 percent, up from about 12 percent currently, that’s partially in response to online pressures. Modell’s plans to become more efficient around maximizing promotions but there are no plans to shift away from its value positioning. Said Modell, “We’re still going to give great value. That’s what people know us for.”

Enhancing in-store presentations will continue to be a focus, too,  as well as building on the retailer’s connections as one of the country’s largest family-run chains. Modell added, “We want to really create a culture where we have a real touchy-feely relationship with our customers. We want them to feel at home.”

Online, Modell’s plans to introduce BOPIS (buy-online, in-store pick-up) to its stores by January 2020 and the retailer is also upgrading online replenishment as part of stepped-up investments in e-commerce. Said Modell about the retailer’s online operations, “We’ve got a long way to go, but we’re investing in that in a big way.”

Modell’s plans to experiment with pop-up stores and smaller formats but has no plans to close a large number of locations. As usual, leases will be reviewed as they come up for renewal. If a store is underperforming, the store may close if rent re-negotiations aren’t successful.

Modell disputed reports that the retailer was being impacted by expansion outside its home market to Philadelphia, Baltimore, Washington D.C., and Boston. Said Modell, “New York is definitely the core. It’s where we started 130 years ago, so everything outside of New York is non-core but they’re still good markets for us.” But he agreed that like many other retailers, Modell’s would be more closely analyzing leases given the challenges facing overall retail. Said Modell, “In over 45 years I’ve never seen turbulence like this.”

A second article from the WSJ ran Sunday night detailing Modell’s improving vendor support and Modell expects that will help further ease worries from vendors and other industry partners. But Modell also expects the greater emphasis on accountability and transparency will continue for Modell’s given the still unsettling changes facing retail.

Modell’s is “running the company completely differently today than we did 60 days ago,” according to the CEO, and is effectively operating like a public company. “We’re in a fishbowl right now,” said Modell. “Everyone is being held accountable. Everybody has to produce. We have to hit our sales, inventory and margin goals. Everyone’s feet, including mine, are being held to the fire.”