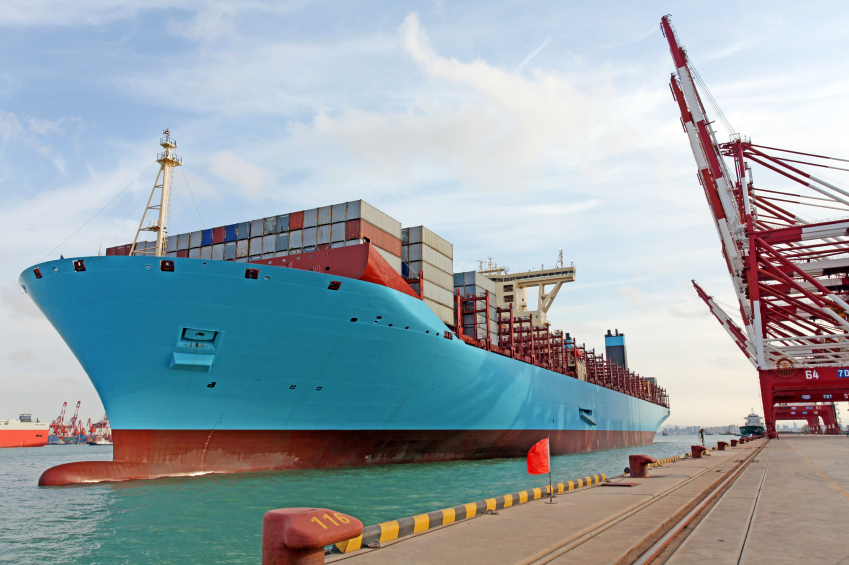 The likely arrival of tariffs on Mexican imports is the newest wrinkle added to the ongoing trade challenges facing the active-lifestyle industry. The last week also saw a host of other retailers lament that some of the Chinese tariff costs would have to be passed on to consumers and talk of possible retaliatory bans against U.S. brands.

President Donald Trump last Thursday said he planned to impose a five percent tariff on all Mexican imports on June 10 to pressure the Mexican government into offering more help stemming immigration across the southern border of the U.S.

As the U.S.’s second largest export market and third largest trading partner, across-the-board tariffs would be significantly felt by U.S. consumers and corporations. Imports from Mexico include agriculture, cars, machinery, fuel and medical devices. Mexico is the eight largest supplier of apparel and seventh of footwear to the U.S. market. Many U.S. industries have tightly linked supply chains with Mexico.

Nearly half of all imported U.S. vegetables and 40 percent of imported fruit comes from Mexico. Prices on tomatoes, avocados, peppers, lemons and other fresh produce are expected to soar should the tariffs be enacted. Lance Jungmeyer, president of the Fresh Produce Association of the Americas, said in a statement, “This is a tax on healthy diets, plain and simple.”

In 2017, U.S. retailers imported $128 billion in goods from Mexico, according to the National Retail Federation (NRF).

Mexico has threatened to retaliatory moves against U.S. exports to Mexico. The move could also derail the USMCA, the Trump administration’s update to NAFTA. Tariffs are typically used to counter trade violations, not immigration disputes, so legal battles may follow.

As in past escalations of Chinese tariffs, retail organizations joined other business groups in issuing statements calling the tariffs a tax on U.S. businesses and consumers.

Rick Helfenbein, CEO of the American Apparel & Footwear Association, said, “The bottom line is that these tariffs are disastrous for the American economy.”

FDRA President and CEO Matt Priest noted that U.S. footwear companies are already facing an additional 25 percent tariff from China on top of “already record high footwear tariffs,” translating to nearly a 100 percent tariff on certain types of shoes and additional cost increases of over $7 billion annually for footwear consumers. Priest added, “The value of US footwear imports from Mexico jumped 20 percent in 2018 to $500.2 million, the second-biggest year on record. Mexico serves as a strategic sourcing location for certain brands wanting to make quality leather shoes at affordable prices close to market. Adding higher costs on these shoes from Mexico not only raises rates, but it will start to limit product we see on store shelves. The shoe consumer is losing across the board if we see higher tariffs, and there is nowhere around it.”

More Retailers Warn Of Higher Prices Due To Tariffs

Dick’s Sporting Goods, Genesco, Sportsman’s Warehouse, Costco and Gap last week joined Wal-Mart, Macy’s and other chains in past weeks indicating on quarterly conference calls that prices to consumers would likely rise with any increase in tariffs on Chinese imports.

Dick’s Sporting Goods Inc. provided conservative guidance for the back half of the year due largely to the potential impact of tariffs.

“We’re uncertain of what’s going to happen with tariffs and what effect they’re going to have on the consumer,” said Ed Stack, CEO, on its first-quarter conference call with analysts. “Nobody knows and as we said we’re trying to be a bit conservative here because we don’t have enough information about what’s going to happen.”

The retailer raised its guidance for the year and now expects EPS in the range of $3.20 to $3.40, up 5 cents from a range of $3.15 to $3.35 under its previous guidance. In 2018, earnings were $3.24. But the higher guidance solely reflected a reduction in shares outstanding due to buybacks despite a first-quarter earnings beat.

The updated guidance doesn’t include the move on May 10 to raise tariffs on $200 million of goods, mainly impacting the retailer’s hard line’s business, from 10 percent to 25 percent.

Lee Belitsky, CFO, said on the call, “We’re still working through the impact of this increase with our manufacturing and brand partners, and how this may influence our overall pricing strategy. As a result, we have not specifically contemplated this into today’s guidance. Like others, we are closely monitoring the situation and are hopeful a trade agreement can be reached.”

Sportsman’s Warehouse Holdings Inc. lowered its guidance due largely a first-quarter earnings miss and a slower start to Q2 but to a small part due to potential tariffs. Vendor negotiations, sourcing action and pricing actions may be used to offset any tariff costs. Jon Barker, CEO, said on the company’s first-quarter conference call, “We also are, like all retailers, very focused on this tariff uncertainty and how that may flow through. At this point, we don’t have a clear understanding exactly what is going to happen with tariffs from a timing and the lift, working with our vendors, and we’ll be negotiating to try to offset those increases. So there is some tariff uncertainty built into our EPS as part of this.”

Robert Julian, CFO, said the retailer sources “very little” directly from China although many of its third-party suppliers in camping and fishing categories source from China. Julian added, “It’s probably worth noting that these tariffs do not impact guns or ammunition, as most of those do not come out of China, they’re coming out of the U.S. and Russia and other places. So, a large portion of our business will not be impacted by the tariffs at all.”

Genesco Inc. said that for its flagship Journeys business, approximately 30 percent to 40 percent of the product acquired from third-party vendors is sourced from China. The company also sources directly for its Johnston & Murphy and Licensed Brands (Dockers) segments and about half comes from China. In total, about a third of merchandise potentially would be affected in some way should the proposed fourth tranche of tariffs on Chinese imports be enacted. The impact of increased tariffs has not been incorporated into Genesco’s guidance for the current year. If implemented, Rob Dennis, Genesco’s chairman, president and CEO, said the company would pursue mitigate efforts, including moving production out of China and into other countries, working with vendors, agents and factories to absorb a portion of the additional tariffs, and looking for further efficiencies in the supply chain.

“We would expect our third-party vendors to undertake similar actions and obviously currency movements could further mitigate the impact,” said Dennis on the company’s first-quarter conference call. “So with all the moving parts and pieces, it’s too early to quantify the full impact, which under any circumstances won’t be a factor until the back part of the year. And in the meantime, we are pulling forward fall products for earlier receipt and expediting delivery in advance of tariff rulings wherever we are able.”

Gap Inc. said moves to migrate sourcing out of China over the last several years will help withstand the impact of any potential tariffs. in 2016, a quarter of Gap’s product was manufactured in China and that has decreased to 21 percent in its most recent disclosure. Including only apparel, penetration is approximately 16 percent, which is below the overall U.S. industry’s exposure. Gap Inc.’s President and CEO Art Peck said on the company’s first-quarter conference call, “Our current guidance incorporates the impact of List 3 goods, but does not include the proposed List 4 changes. We’re actively monitoring the issue, we’re actively engaged in the conversation, and we’re managing our sourcing operations accordingly.”

Costco Inc. indicated it would tackle the proposed round of tariffs on Chinese imports by sourcing goods from other countries and possible price increases. CFO Richard Galanti, on the warehouse club’s quarter earnings call, described the situation is “pretty fluid” and the company is looking to accelerate shipments before certain tariffs are put into effect.

“At the end of the day, prices will go up on things. What’s interesting is that it’s hard to predict what the impact is,” Galanti said. “We want to be the last to raise them. And when prices are going down, we want to be the first to lower them. We’re not afraid to use some of those monies to again drive business.”

Trump’s decision to blacklist Huawei Technologies Co., the Chinese maker of smartphones, while also threatening bans on other Chinese technology companies, could open the door to retaliation against U.S. brands. The most obvious target is Huawei’s smartphone rival Apple Inc., which gets about a fifth of its revenue from China. But it could also impact vendors in the active-lifestyle space seeking to reach China’s 1 billion consumers.

One major target could be Nike, which is seeing strong top-line momentum to China in recent years. In the fiscal year ended May 31, 2018, Nike Brand’s sales to Greater China grew 21 percent to $5.13 billion. In the nine months ended February 28, 2019, revenues rose 23 percent to $3.67 billion. Nike sponsors the Shanghai Marathon and the top Chinese soccer league.

“We have great momentum in China,’’ CFO Campion said on its third-quarter conference call with analysts. “Even amidst current geopolitical dynamics, Nike continues to deliver strong and sustainable growth in China.’’

Said Mark Parker, chairman, CEO and president, on the call, “China earned its 19th consecutive quarter of high-quality, double-digit growth as the Chinese consumer increasingly makes sports a part of their daily lives.”

“Nike’s position in China is far from secure, as consumers can easily switch to local rivals like Anta Sports Products Ltd., which last year agreed to a $5.2 billion deal to buy Finnish company Amer Sports Oyj,” according to a Bloomberg report. “By 2022, Anta will likely pass Nike as China’s second-largest seller of athletic clothing, after Adidas AG, according to Bloomberg Intelligence.”

Among other companies finding strong growth in China, VF Corp., the parent of The North Face and Vans, saw organic sales growth in China expand 25 percent in its year ended March 30, 2019, driving international revenues ahead 10 percent. Greater than 20 percent growth in China is expected for the current year.

In its 2017 annual report, VF noted that Asia remains its smallest regional market in total revenue, but has been its fastest-growing market for the past decade, led by China, and will be a growth priority. VF wrote in the report, “China alone is expected to see about 300 million new middle-class consumers – close to the entire population of the United States – enter its expanding middle class. Our brands are uniquely positioned to engage these consumers and become part of their life experiences.”

China remains the largest country within Skechers international portfolio with approximately $1.1 million pairs shipped in the first quarter. At the close of the quarter, Skechers had 900 Skechers freestanding stores in China, a total of 2,399 points of sale and saw a 32 percent increase in online business in the country.

Columbia Sportswear, Deckers Brands, Under Armour and Wolverine Worldwide are among other U.S.-based companies that have been highlighting China’s growth potential.

On May 30, five industry trade groups claiming to represent “the entire U.S footwear industry,” both importers and domestic manufacturers, sent a letter to Trump opposing the proposed use of punitive tariffs on footwear equipment, footwear inputs, and finished footwear imported to the U.S. from China.

According to the signatories, “the Section 301 list released on May 13 by the United States Trade Representative poses a serious threat to the domestic footwear industry, will increase costs for consumers, and ultimately will have unintended consequences that could imperil the economic models that both the domestic and import footwear manufacturing industries have been building.”

The letter continues, “…this move to increase duties on machinery, components, and footwear would have drastic effects on patriotic American companies, some of which would face existential peril.”

The letter in its entirety can be downloaded here.

On May 20, 172 footwear vendors and retailers, including Nike, Adidas, Under Armour, Foot Locker, Adidas, Ugg and Off Broadway Shoe Warehouse joined together to write a collective letter to President Trump asking him to rethink his tariff increase and relax the escalating the trade war with China.