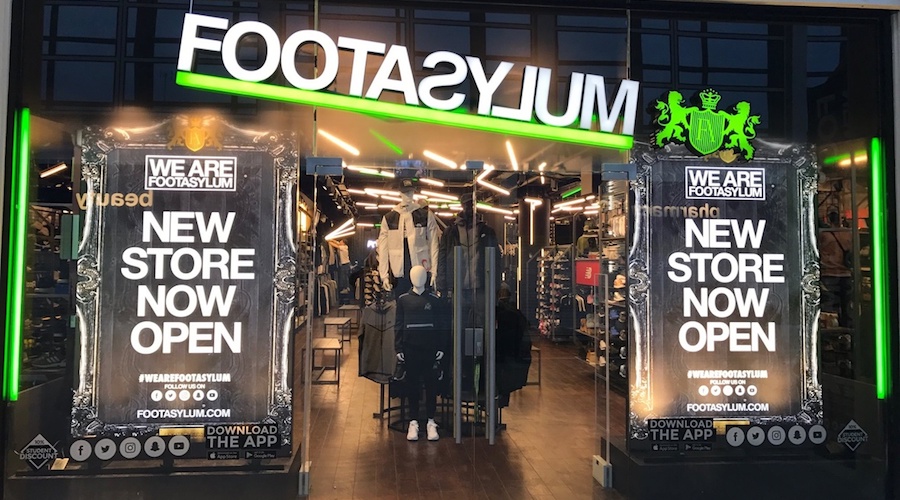 Though March was a slow month for M&A in the active lifestyle space, a handful of deals stood out, including JD Sports strategically shoring up its U.K. portfolio with the purchase of a rival retailer, BSN Sports continuing its acquisitive ways and CorePower Yoga being sold from one private equity firm to another.

In a deal valued at £90.1 million ($119.6 million), JD Sports bought fellow Manchester, England-based Footasylum, a smaller competitor that had been struggling of late. The deal came a month after JD Sports took an initial 8 percent stake in Footasylum, and the companies already had some ties through their management teams.

The deal gives JD Sports, which made a huge U.S. gambit last year with the acquisition of Finish Line, another asset in its already solid U.K. portfolio.

In another strategic M&A move last month, BSN Sports, which is part of Varsity Brands and the nation’s largest direct marketer and distributor of sporting goods to the school and league markets, pulled off its fifth deal of the year with the purchase of Everett, WA-based H&L Sporting Goods Inc.

As for financial acquisitions, CorePower Yoga, the fastest growing and largest yoga fitness studio operator in the U.S., was sold from one private equity firm (L Catterton) to another (TSG Consumer Partners).

Here is the least you need to know about these top active lifestyle M&A deals from March:

The 411 ­­– JD Sports, the U.K.-based retailer, agreed to buy Footasylum in a deal valued at £90.1 million ($119.6 million). The deal came a month after JD Sports took an initial 8 percent stake in the retailer, also based in the U.K. JD Sports has offered 82.5 pence in cash for each share in the footwear and hoodie chain, which sells primarily to 16- to 24-year-olds. In January, Footasylum reported lower than expected gross margins traced to heavy promotions during a challenging holiday season.

Reaction – “The Footasylum board has concluded that the offer represents the best strategic option for Footasylum and its employees. It believes the offer fairly reflects Footasylum’s current market position and prospects on a standalone basis and, as such, that Footasylum shareholders should be given the opportunity to realize value from the offer.”
– Barry Bown, Executive Chairman, Footasylum

What’s next? ­­– With both companies based in Manchester, look for plenty of consolidation of operations at JD Sports’ headquarters, something JD Executive Chairman Peter Cowgill said in the initial press release. “We are pleased to make this offer for Footasylum, which is very complementary to our existing businesses in the U.K.,” he said. “We believe that there will be significant operational and strategic benefits through the combination of the very experienced and knowledgeable management team at Footasylum and our own expertise.”

The 411 ­­– BSN Sports, a division of Varsity Brands, announced that it has finalized the acquisition of H&L Sporting Goods Inc., Everett, WA, the company’s fifth acquisition of 2019. H&L has been serving team sports customers in the Seattle Metro area since 1940.

Reaction – “For nearly 80 years, H&L has been synonymous with three great hallmarks of success in the team sports business: Fast, Reliable and Local. By joining forces with BSN Sports, H&L can now build on this enviable legacy while offering customers access to the same great products and customer service experience with the added benefit of BSN Sports’ inventory, industry-leading resources, and superior sales platform. We look forward to a seamless and uninterrupted transition and to a bright future together, and welcome H&L employees and customers to the BSN Sports family.”
– Terry Babilla, President, BSN Sports

What’s next? ­­– After acquiring this latest asset, BSN Sports has added more than 200 sales professionals in the last 12 months and doesn’t appear to stop anytime soon. BSN markets and distributes its products to more than 100,000 institutional and team sports customers in colleges and universities, middle and high schools, and recreational programs throughout the U.S. via catalog, e-commerce and direct sales—and its audience should grow throughout 2019. According to Babilla, “We will continue to seek out partners that share our values and have a passion for building lifelong customer relationships.”

CorePower Yoga To Be Sold To TSG Consumer Partners

The 411 ­­– L Catterton, the consumer-focused private equity firm, announced that it has entered into a definitive agreement to sell CorePower Yoga, the fastest growing and largest yoga fitness studio operator in the U.S., to TSG Consumer Partners. Terms of the transaction were not disclosed.

Reaction – “We are proud of the success and growth that CorePower Yoga has achieved over the past five years. Since partnering with the company in 2013, CorePower Yoga has grown its footprint from 80 studios in 12 states to over 200 studios in 23 states, introduced new, innovative classes and improved its member retention through consistent superior quality and a unique consumer experience rooted in community.”
–Marc Magliacano, Managing Partner, L Catterton’s Flagship Buyout Fund

What’s next? ­­– Eric J. Kufel, CEO of CorePower Yoga, said the company is eager to begin this new chapter under TSG Consumer Partners and build on existing momentum. “We look forward to the future as we strive to share the benefits of yoga with even more people, continue on our strong growth trajectory and enter this new chapter,” Kufel said. “With our superior yoga experience, rapidly expanding studio base, transformational trainings, new offerings and, most importantly, the thousands of teachers who help us live our mission every day through their collective gratitude, passion and teamwork, CorePower Yoga is well positioned to continue to deliver on our important mission.”

**Other deals from last month. In case you missed it, here are other notable deals—announcements of either new acquisitions or ones that closed—that occurred in the active lifestyle industry in March (click the headline to read the full story on each):

Amer To Sell Mavic To Regent