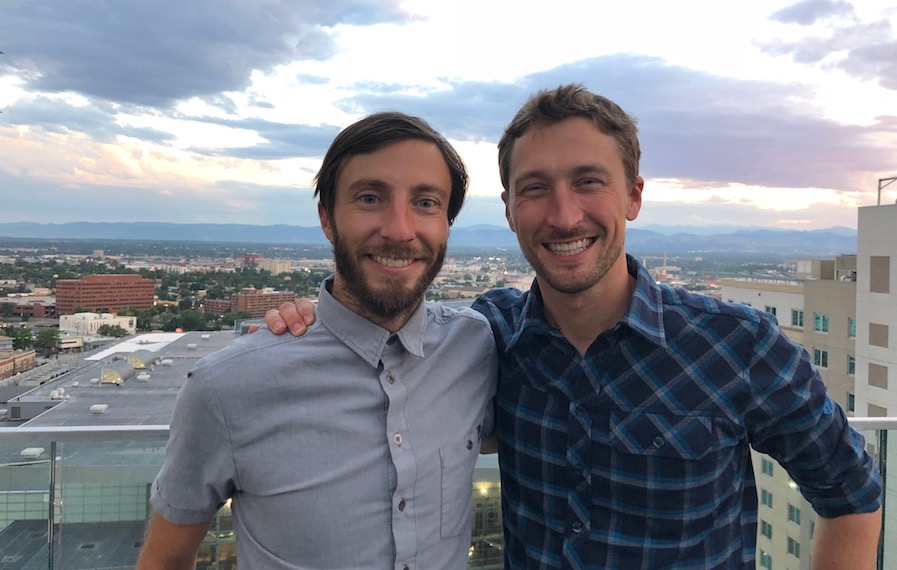 Brint Markle was backcountry skiing in Verbier, Switzerland, a few years ago when his friend got caught in avalanche and was buried in the slide.

Thankfully, his companion survived, but when Markle heard that another avalanche had occurred nearby earlier in the day, he began envisioning a way that skiers could alert one another about unsafe conditions or other potential dangers on the slopes.

That near-tragedy inspired Markle, an MIT graduate, to launch Avatech, featuring sensors on avalanche probes that would send data about snowpack via Bluetooth to a skier’s smartphone.

Over time, that creation morphed into Mountain Hub, a digital platform that compiles user-generated content so that skiers, hikers, climbers, mountain bikers and anyone else venturing into the backcountry know what’s happening on whatever trail they’re exploring.

Markle said the Mountain Hub app was designed for enthusiasts who were less interested in sharing hero shots of themselves standing atop a peak than sharing critical information about everything from route finding to pitch difficulty to weather conditions. The app, which has a digital audience of 100,000—including downloads, social and email channels—was designed to help other users successfully navigate their way into, around and out of any adventure.

The success of Mountain Hub—Markle calls it the “Waze of the outdoors”—caught the eye of Swiss apparel brand Mammut, which has agreed to buy Markle’s creation for an undisclosed amount.

“They saw Mountain Hub not just as user-generated content but as connective tissue to the outdoor community,” Markle told SGB Tuesday night during a Mammut product event. “I thought, ‘We need a partner like that who legitimizes what Mountain Hub is trying to do and can take us global.’”

The companies announced the acquisition Wednesday morning, coinciding with Outdoor Retailer Summer Market in Denver, CO, but Markle and Joe Prebich, CEO of Mammut North America, spoke with SGB about the deal in advance of the news.

For Markle, who will remain based in his hometown of Park City, UT, the deal affords Mountain Hub a chance to grow exponentially and “became ubiquitous” in the outdoor community as the app is opened up to Mammut’s large audience of hiking, climbing, skiing and cycling enthusiasts.

“If we wanted the resources to grow, we needed a bigger partner,” Markle said. “So we had a choice: We could keep going at it as a small team with six people for an indefinite amount of time or we could partner with Mammut, who said to us, ‘We’re inspired by what you’re doing and we share that ethos.’ That just made so much more sense.”

Prebich, who became CEO of Mammut’s North America division in April, said the deal marks a significant milestone both for the 156-year-old brand and the young executive himself as the company works to engage the next-gen customer.

“We never stop thinking about the future,” Prebich told SGB. “And I think that’s one of the big reasons why I’m in this role. I deeply understand the digital space and I am a huge believer in how we don’t just simply do digital, but we do digital the ‘Mammut way.’ The global team was focused on was this acquisition with Mountain Hub and being able to leverage a digital platform quickly into the North American market to spin up the opportunity to create a community of Mammut enthusiasts, to connect our brand to the customer journey as it’s tied to product.”

That ability to connect Mountain Hub users and Mammut brand enthusiasts and the outdoors was a key driver for both parties to agree on uniting. Markle, who praised Mammut’s heritage that dates back to the 1860s and includes inventing the climbing rope, said the company’s innovation has served the brand well in the past and bodes well for future success.

And Prebich touted the innovation that Markle and his team have been showcasing with Mountain Hub, which fits in with Mammut’s ideal for creative thinking.

“The people behind it are truly passionate about what they’ve built,” Prebich said. “They want to sustain outdoors connection at a higher level and to influence and to create that network at a higher level. What will the digital space do for the outdoors and how can we see it at a new level? So much of the outdoors is Instagram-focused today and, with Mountain Hub, we have an opportunity to talk a little bit deeper.”

Mountain Hub now gives Mammut the chance to engage consumers that may have known the brand only through apparel or the signature woolly mammoth logo. Now, customers can look to Mammut not only for the gear they need to explore but also find new trails, likeminded adventurers, retail shops and guides.

This is one way the company hopes to differentiate in a space that has become crowded with brand stories around new product.

“All the brands have great gear, but how are you going to add value holistically?” Markle said. “How do you relate experiences?”

While Markle didn’t want to place a number on the growth potential, he understands that partnering with a global player automatically—and quickly—expands the digital audience beyond the current 100,000.

Look for more on Mammut in a future edition of SGB Executive, including a Q&A with the company’s North American CEO, Joe Prebich.