Made In The USA: Join The Pack With Wolf Tooth 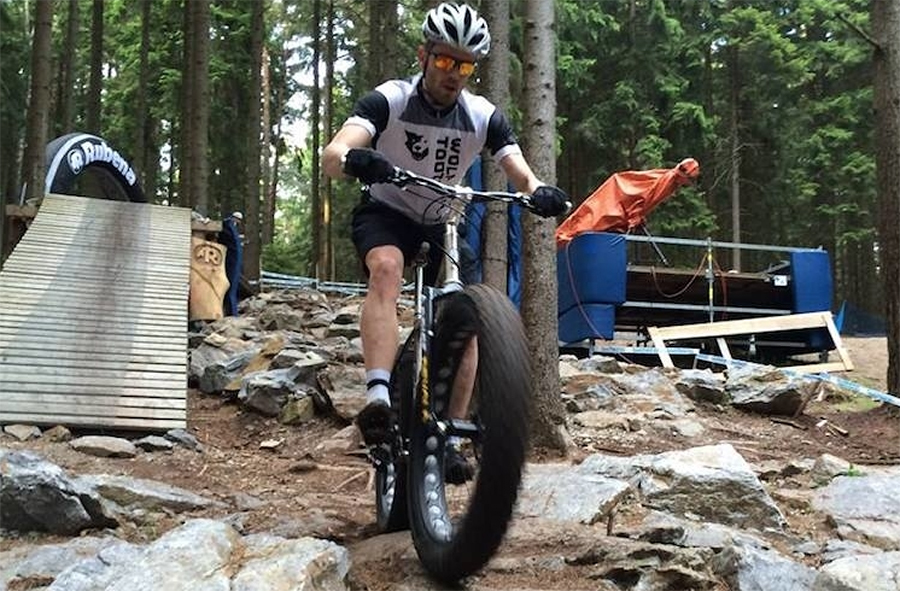 Wolf Tooth, manufacturer of bike chainrings, recently turned four years old. Co-founder Brendan Moore told us about the company – which is vastly gaining popularity on the mountain bike scene – how they began and the challenges of building a brand.

Wolf Tooth, manufacturer of bike chainrings, recently turned four years old. Co-founder Brendan Moore told us about the company – which is vastly gaining popularity on the mountain bike scene – how they began and the challenges of building a brand. 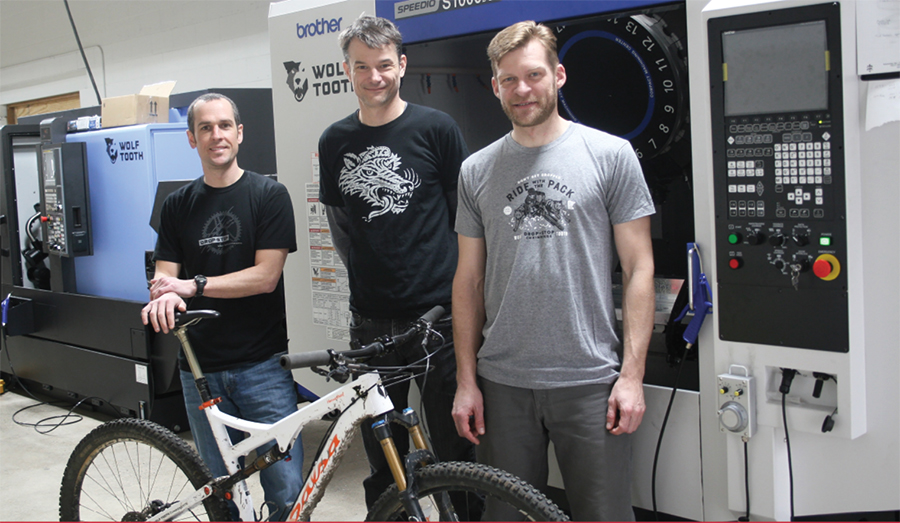 Wolf Tooth is the creator of Drop Stop chainring technology, which uses a wide/narrow tooth pattern that helps prevent dropping a chain. Wolf Tooth holds seven patents on the technology, and holds strong to their U.S. made ideology.

Moore, Mike Pfeiffer and Dan Dittmer were all mechanical engineers, friends and roommates before starting the company. The three had been experimenting with single front ring cranksets, or 1x, for years before it became a preferred set up by many riders as it is today. “With advances in other components such as clutch derailleurs and wider cassette ranges we realized our experiment might be catching on in the mountain bike market,” Moore said.

The three all had experience in product design and machining so once they figured out what they wanted to make, the decision to start a company was easy. “We started realizing there were parts for bikes that we wanted, but didn’t exist,” Moore said. “As mechanical engineers and machinists, we just figured we should make them ourselves,” and on that theory the Wolf Tooth brand was born. 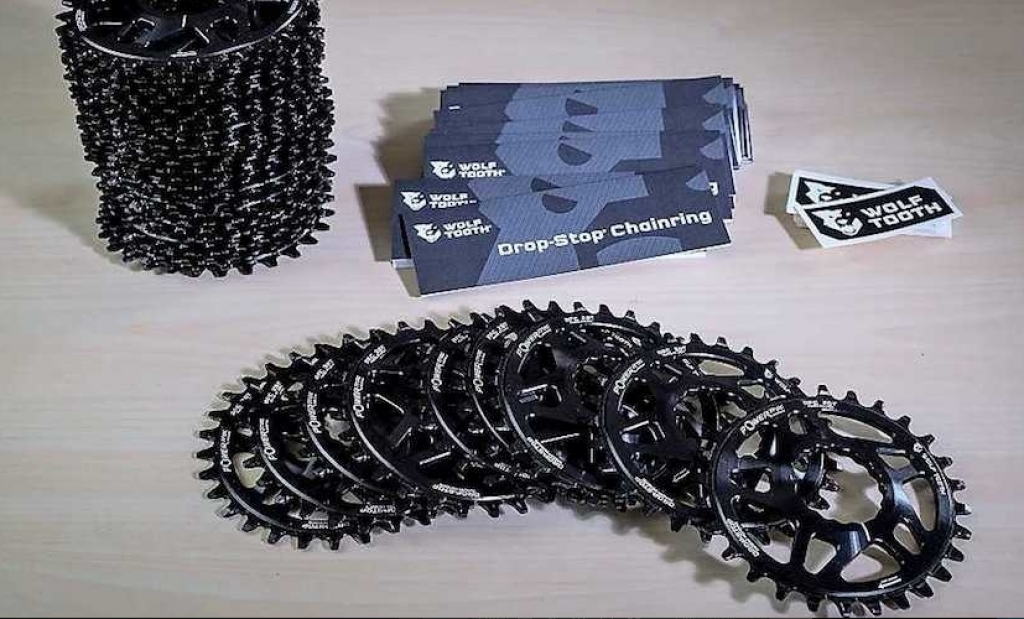 The company is now preparing to move to Burnsville, MN from Savage, MN for a larger space with their own line of CNC mills and lathes. Wolf Tooth contracts to some local machine shops and will continue to do so, but Moore said having their own equipment and a facility is a necessity for the growing company. Wolf Tooth has about 18 employees and most them wear many hats.

“Mike, Dan and I still find ourselves down on the machines every single week when someone is on vacation or we need to fill in,” Moore said. “That’s what we’re all about. You must be involved in the sport and your products. You can’t come up with a good idea by reading a magazine or allowing yourself to become distant from your passion. We are in it, we do it and we ride a lot.”

Moore said starting a company for three engineers has been a unique learning curve. “Some people have no idea how difficult it is to develop a brand,” he said. “The design and production was fairly easy for all three of us – we do it and we know how – but that is only a small part of the overall process today. For three engineers to try and tackle other aspects of a business like customer service was a challenge for us.” Wolf Tooth has now reached a point of growth that they are hiring in some of these other areas, and Moore said that is helping ease some of the stress.

Wolf Tooth components are mostly aftermarket, but are gaining popularity in the mountain bike and gravel riding communities. They may only make small parts, but their products are crucial components for bikes, and ones that need precise engineering and skill to create.