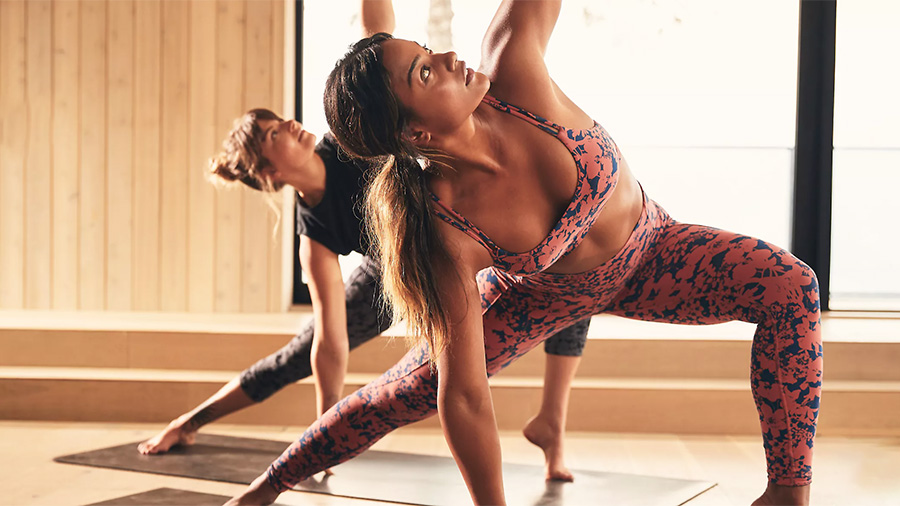 Lululemon shares surged overnight after the vertical active lifestyle retailer posted another strong quarter and announced the company will surpass its 2023 revenue target by the end of 2021, two years ahead of schedule. The company said second-quarter results reflected broad-based strength across its channels, regions and product categories.

Company CEO Calvin McDonald said the company will likely achieve the goal set to double its men’s business and remains on track to quadruple its International business “by 2023, if not sooner.”

“This growth rate continues to outpace our three-year CAGR of 19 percent leading up to the pandemic and also represents an acceleration from the 25 percent two-year CAGR we reported in Q1 of this year,” noted McDonald. “From a performance standpoint, our momentum continued across categories with women’s revenue increasing 26 percent and men’s growing 31 percent on a two-year CAGR basis.”

Company CFO Meghan Frank reported that productivity in stores returned to 2019 levels, representing continued improvement versus 88 percent productivity in Q1 of this year. At the end of the second quarter, LULU had 95 percent of its stores open. Traffic was said to be strong, increasing over 150 percent versus last year. Square footage increased 8 percent versus last year, driven by 28 net new stores since Q2 2020. During the quarter, LULU opened 11 net new stores. It opened eight stores outside of North America in Q2 and remains on track to open 35-to-40 stores this year Internationally.

The company announced that it would raise the minimum base pay for store and guest education center roles in North America, taking the new base pay to $15 to $17 per hour, depending on the location and position.
McDonald also said digital comps increased 4 percent on top of the 157 percent increase last year, which benefited from an online warehouse sale, an event that did not repeat this year.

Turning to the Mirror business, the CEO revealed it now has Mirror shop-in-shops in 150 Lululemon stores, and plans call for 200 shops in time for the holiday season. “We will soon introduce Mirror to guests in Canada, where Lululemon has an impressive level of recognition,” he said. 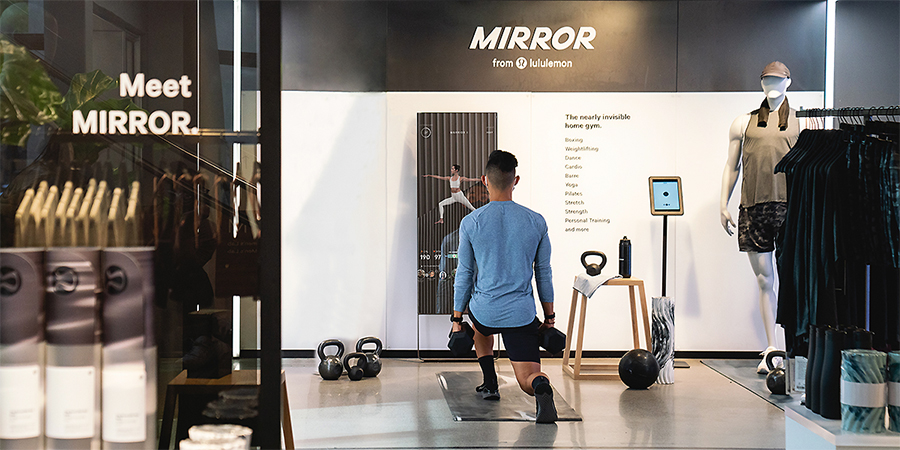 Mirror recently opened a second production studio in New York, allowing the company to double the number of live classes, and Mirror will reportedly launch a new e-commerce site in time for the holiday season this year.

Capital expenditures were $80 million for the quarter, compared to $53 million in the second quarter last year.

LULU had approximately $1.2 billion in cash and cash equivalents and nearly $400 million of available capacity under its revolving credit facility at quarter-end.

Inventory was $790 million at the end of Q2, or up 17 percent versus the comp quarter-end last year.

“This is below our expectations for a 25 percent to 30 percent increase due to our top-line outperformance coupled with industrywide supply chain disruptions,” explained Frank. “However, on a two-year CAGR basis, this represents inventory growth of 26 percent versus our expectation for 24 percent to 25 percent revenue growth in Q3 on a two-year CAGR basis. As we have mentioned, we see some delayed inventory receipts due to issues at the ports and the recent COVID-related closures of certain factories in Southern Vietnam. Our supply chain and product teams are working diligently to mitigate these risks by shifting production out of Vietnam, where possible, with our vendors who operate in multiple countries, prioritizing production to ensure key fall holiday styles are produced first, and strategically increasing our use of airfreight.”

“At the end of Q3, we expect inventory levels to increase approximately 15 percent to 20 percent relative to Q3 2020,” Frank continued. “While this level of inventory can support our increased revenue guidance, it is lower than we had initially targeted due to supply chain challenges. In Q2.”

The CFO reported that LULU expects revenue in the range of $1.4 billion to $1.43 billion in Q3, representing a two-year CAGR of 24 percent to 25 percent. The company expects gross margin in Q3 to increase 50-to-100 basis points versus Q3 of 2019. “Relative to 2019, our gross margin is benefiting from a higher e-com penetration and leverage on occupancy and depreciation,” Frank detailed.

The Q3 guidance reportedly impacts approximately 200 basis points of pressure from airfreight costs due to port congestion and capacity constraints. In Q3, LULU expects SG&A deleverage of approximately 300-to-350 basis points relative to 2019. “Drivers of the deleverage versus 2019 include consolidation of Mirror’s results this year but not in 2019, increased investments in brand-building for our growth initiatives and higher depreciation due to accelerating investment to support our e-commerce business in 2020 and 2021,” Frank said.

“We expect adjusted earnings per share in the third quarter to be in the range of $1.33 to $1.38 versus adjusted EPS of $1.16 a year ago,” Frank reported. “This includes operating results for Mirror that excludes acquisition and integration-related costs. As a reminder, we reported EPS of 96 cents in Q3 of 2019.”

For the full year of 2021, LULU now expects revenue to be in the range of $6.19 billion to $6.26 billion, which assumes e-commerce business growth in the mid-teens, relative to the outsized strength the company saw in 2020.

“Our annual range also assumes the factories we used to source products in Vietnam begin a phased reopening in mid-September,” the CFO detailed. “When looking at total revenue, our guidance range implies a two-year CAGR of approximately 25 percent, which is higher than our three-year revenue CAGR of 19 percent leading up to 2020 and is well ahead of the low-teens CAGR we contemplated in our Power 3 growth plan. We continue to expect to open 45 to 55 net new company-operated stores in 2021.” She said this outlook includes approximately 35-to-40 stores in its international markets and represents a square footage percentage increase in the low-teens.

LULU now expects the fiscal year 2021 adjusted diluted earnings per share to be in the range of $7.38 to $7.48. EPS guidance continues to assume modest dilution from Mirror in the 3 percent to 5 percent range, excluding acquisition and integration-related costs.