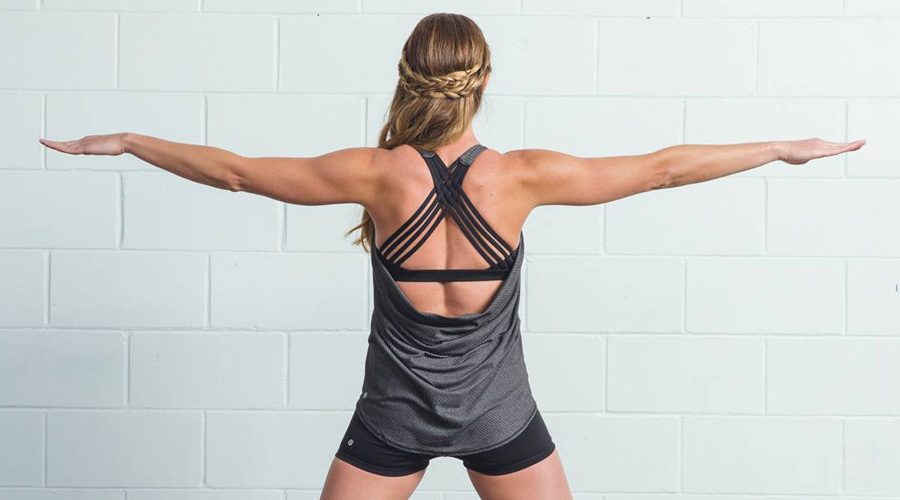 Lululemon Athletica Inc. (Nasdaq:LULU) upped its revenue outlook for 2016 as first-quarter sales came in stronger than expected and profits reached the high-end of its guidance.

Earnings still came in a penny below Wall Street’s consensus target and the retailer gave a soft outlook for the current quarter. In midday June 8 trading, shares of Lululemon were up about 4 percent.

Lululemon has been working to revive its image after a series of mishaps, including a massive recall of some yoga pants in 2013 for being too sheer and as shoppers’ activewear preferences have shifted from basics to more-elaborate designs. The company has also spent considerable time rebalancing inventories following supply-chain disruptions it experienced in the first half of last year.

Under Laurent Potdevin, who joined the retailer as CEO in December 2013, the company is further ramping up new areas of growth, including men’s and international.

“While we are pleased to see the gross margin recovery in Q1 exceed what we had planned for, the continued recovery we are experiencing through the early weeks of Q2 is a validation of our team’s work across our entire supply chain from design to in-store delivery,” Potdevin said . “Our foundational work over the past year is paying off and the earnings recovery we have planned for 2016 is taking shape.”

He added, “Likewise, with inventories now back in line, we have removed the strain on the business and are positioned to bring our innovation platform and our design vision to life, powerfully, both in stores and online.”

In the quarter, earnings declined 5.2 percent to $45.3 million, or 33 cents a share, particularly pulled down by the strengthening Canadian dollar, officials said. Excluding non-recurring tax and related interest adjustments, EPS reached 30 cents for the quarter. When reporting fourth-quarter results, Lululemon had predicted earnings would range between 28 and 30 cents. Wall Street was expecting 31 cents.

Lululemon’s stores marked their fourth consecutive quarter of positive comps, led by its Canadian locations. Direct-to-consumer (DTC) revenue increased 17 percent to $97.6 million. DTC comps expanded 18 percent on a currency-neutral basis on top of a 31-percent jump a year ago. On a combined store and DTC basis, comps ran up 8 percent. 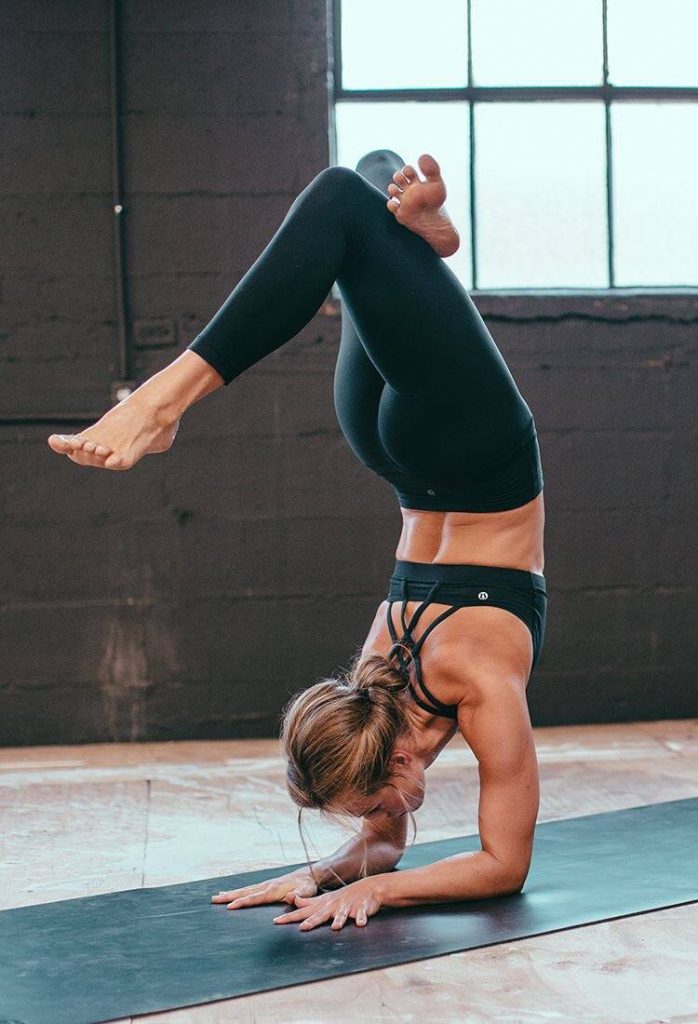 Highlighting some successes, Potdevin noted that the Align Crop product launch helped drive traffic while enhancing brand engagement and margin. Said Potdevin, “You will see more holistic product launches in the months to come as we deliver new styles and innovative fabrics across categories and gender.”

Gross profit in the quarter increased 16 percent while eroding slightly to 48.3 percent of sales from 48.6 percent in the same period a year ago. The company saw 40 basis points of overall product margin improvement, primarily driven by lower FOB (freight-on-board) costs, reductions in raw material liability expenses, and lower air freight, offset by higher markdowns as part of its final steps to complete the rebalancing of its inventories. Offsetting this improvement in product margin was 50 basis points of decline due to the foreign exchange impact of a stronger U.S. dollar and 20 basis points of deleverage from occupancy and depreciation.

A 32-percent hike in SG&A expenses to 36.6 percent of sales from 32.5 percent particularly impacted the bottom line.

Potdevin said efforts to enhance its supply chain bolstered its gross margin improvement. Said Potdevin, “There is still work to do and yet our accomplishments are reflected in the improved gross margin performance.”

Operating expenses also increased due to consulting costs tied to its gross margin and supply chain initiatives, which are winding down in second quarter, as well as increased digital marketing efforts to drive traffic to stores and the website, and higher corporate support center overhead, which included $1 million of severance incurred in the quarter.

As a result, operating income in the quarter was down 15.3 percent to $57.6 million. 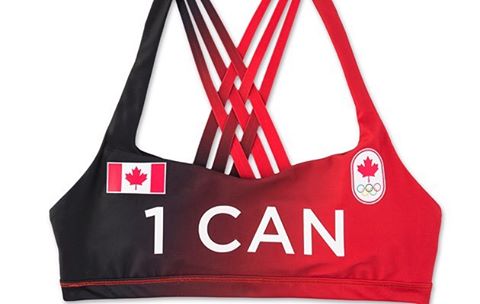 In other product news, Potdevin noted that on July 20 Lululemon will unveil its first beach volleyball uniforms it had made for Canada’s beach volleyball team that they’ll wear at the Rio Olympic games.

In North America, square footage expanded 18 percent, keeping pace towards its 12-percent annual goal. Recent store optimization projects, including its Prudential center store in Boston, a store just outside Chicago and a Chinook expansion in Calgary, are seeing strong performances.

Regarding building its digital ecosystem, Potdevin noted that its upgraded website now connects product design to its ambassadors and local communities. It also features a steamlined checkout process. Lululemon’s shopping app also recently added store product availability and CRM capability will be added in the second half of the year. Said Potdevin, “We’re moving quickly to test, implement and optimize our guest analytics engine and connected with our digital marketing strategies.”

Towards the goal of international expansion, Potdevin noted that Lululemon opened its first street-front location in Asia, its first store in Singapore and first Japanese showroom. In May, its first store opened in Seoul. Lululemon’s Hong Kong store continues to boost sales at a rate of $5,000 per square foot and the brand is continuing to drive awareness in China.

In Europe, its first store in Zurich will open in July and its first shop-in-shop will soon open “in one of the world’s premier shopping destinations in London.”

To continue to build brand awareness, Lululemon last week launched a Summer of yoga tour in the U.S. and will again sponsor the fifth annual Vancouver half-marathon in August. Potdevin also noted that the retailer’s educator and store manager turnover is at its lowest level ever in the brand’s history, “which is a testament to the commitment and investment we make in our people’s development.”

The solid quarter comes after Founder Chip Wilson last week slammed the company, saying it had “lost its way” and criticized its inability to turn rising revenue into higher profits for shareholders, and falling behind advances in women’s activewear by Under Armour and Nike. Wilson is no longer involved with the company but remains its largest individual investor. He is advocating for Lululemon’s board to be declassified so the entire board must stand for re-election each year.

Potdevin noted that Katherine Henry, who previously served as chief information officer, and John McNeil, who is president of global sales delivery and service for Tesla Motors, last week were approved to join the board.  Said Potdevin, “Today we have the right people throughout Lululemon to support the execution of our strategic five-year plan and the future beyond 2020.”

For the second quarter of fiscal 2016, Lululemon expects revenue to be in the range of $505 million to $515 million based on a comp gain in the mid-single digits on a currency-neutral basis. EPS is expected in the range of 36 to 38 cents a share. Analysts were looking for earnings of 39 cents a share on $514 million in revenue.

Analysts were expecting $2.16 a share in earnings on $2.34 billion in revenue.