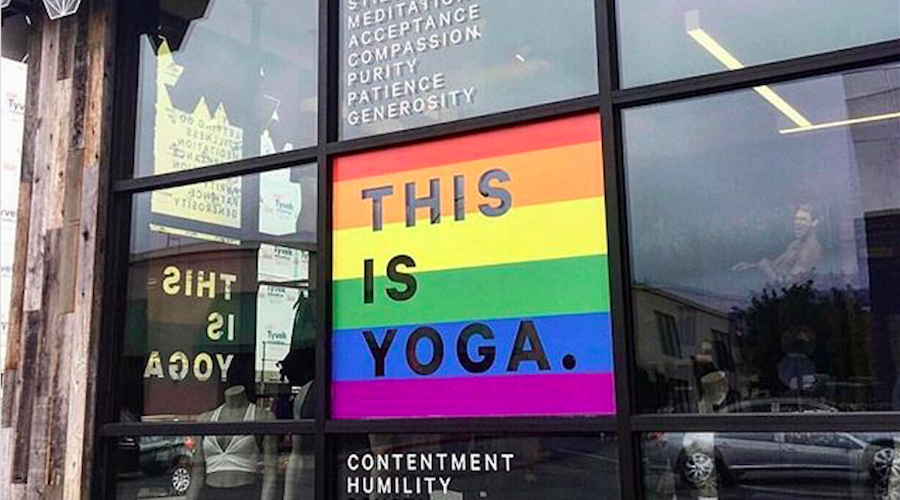 In the quarter ended April 29, sales jumped 24.9 percent to $649.7 million. On a constant dollar basis, revenue increased 23 percent. Lululemon had expected sales in the range of range of $612 million to $617 million, representing a gain between 17.6 percent and 18.6 percent. Wall Street’s consensus estimate had been $616.3 million.

Total comparable sales increased 20 percent, or 19 percent on a constant dollar basis. Lululemon had expected comps to increase in the low-double digits on a constant-dollar basis. Analysts were expecting a gain of 12.2 percent.

Net earnings climbed 71.3 percent to $75.2 million, 55 cents a share, against adjusted earnings of $43.9 million, or 32 cents a year ago. Earnings were well ahead of guidance calling for earnings between 44 to 46 cents share. Wall Street’s consensus estimate had been 46 cents.

Net earnings in the year-ago period were reduced to $31.2 million, or 23 cents a share, after a charge to downsize the ivivva kids business.

“While much work remains to be done, we are finding success in driving traffic and conversion increases at both stores and online across diverse geographies,” said Stuart Haselden, COO, on a conference call with analysts. “Importantly, the supply chain and technology infrastructure investments we’ve made over the last few years offer us a stable platform to grow and scale the business globally.”

He noted that the size of the gains in part reflect “weak prior year comparisons.” Softness online and poor visual merchandising inside stores were factors cited last year that led to a rare quarterly same-store sales decline (down 1 percent) for the yoga-themed retailer in the first quarter of 2017.

But Haselden added on Friday’s call that Lululemon is experiencing “important momentum across the core areas of our business in channel, product and guest engagement. This momentum reflects the structural long-term investments that we’ve made and continue to make to drive the comp and non-comp revenue increases that are enabling us to deliver on our multiyear plans.”

He added, “We would further offer that our current results are a validation of these strategies, and we now have even more opportunity to accelerate these investments in the areas that hold the greatest potential.”

Comparable store sales at the company’s stores increased 8 percent in the quarter. Comps grew 6 percent on a constant dollar basis on top of a 1 percent decline in Q1 last year. The stores delivered the second quarter in a row of positive store traffic, which increased in the mid-single-digit range and drove the comp gains.

Online revenue vaulted 62 percent, or 60 percent on a constant dollar basis. The online growth was driven by a 20 percent jump in conversion due to the payback of investments in the company’s website and mobile capabilities. Traffic online climbed 30 percent, driven by improved product assortments and digital marketing efforts.

On the product side, double-digit positive comp increases was seen in the company’s core businesses for both men and women. Bras and accessories achieved double-digit comp growth as well while also “accelerating meaningfully” versus Q4, said Haselden.

Continued success with the company’s community and digital strategies, he added, contributed to a 28 percent increase in guest acquisition in the quarter, fueling traffic gains across both stores and e-commerce. Men are being attracted as new customers at a slightly higher rate than women.

Glenn Murphy, Lululemon’s executive chairman, said in a call on margins, “We’re a premium brand, but that is still a phenomenal performance. And that really is all about product. That’s the design team, the merchant team and the supply team working together in a coordinated fashion to produce that kind of result on the gross margin line.”

Haselden said the lower markdown rate “reflects the health of the business and the success that we’re having executing, not only on the product side, but just in our channel execution as well.”

Occupancy and depreciation and product and supply chain was reduced 120 basis points as a percent of sales due to sales leverage. Foreign exchange had a favorable 30 basis points benefit on margin in the quarter.

SG&A expenses were reduced 130 basis points to 37.0 percent of sales and landed above the high end of internal expectations. More efficient spend in both the SSC (store support center) and store channel, coupled with leverage from higher-than-planned sales, generated approximately 290 basis points of leverage. This was partially offset by 160 basis points related to foreign exchange, with the majority of deleverage due to the lapping of FX gains in the prior period last year.

Inventories at the end of the quarter were up 23 percent.

Lululemon expects to open 40 to 50 company-operated Lululemon stores in 2018, including 20 to 30 in international markets. Square footage is expected to expand in the low-double digits. In Q1, store square footage increased 14 percent, driven by the addition of 48 net new stores since Q117.

Haselden said the company is “on track, if not a little bit ahead” to reach its goal of $4 billion in revenue by 2020 first set in 2016. He said men’s and e-commerce are ahead of schedule. International is slightly behind, with Asia ahead of plan and Europe behind.

He discussed some of the key components driving that growth: product innovation, growth in North American stores and international and digital.

On product innovation, Haselden said the company is “excited about our product pipeline as we continue to drive category-defining innovation and solve problems for athletes.”

Some newer successes include the Out of Mind short liner in men, now offered in three core short styles, “which are all performing extremely well now into Q2,” said Haselden.

The City Sweat franchise, a collection of hoodies and joggers for men made from the brand’s technical French Terry fabric, also saw a healthy response from consumers in Q1. Haselden said “this paves the way for further opportunities in our office travel commute category for men’s.”

In women’s, a primary focus remains on bras and building on the success of Enlite. In Q1, the Speed Up Bra featuring a new molded technology was launched, with additional styles to come out later this year. The Embrace Movement collection of bottoms for women and men offering zone compression will also arrive in coming months with strong growth potential.

Haselden said the North America store performance was highlighted by accelerating traffic versus the fourth quarter and that trend is continuing in Q2 with momentum in guest acquisition and in-store conversions. Said Haselden, “Our stores remain among the most productive in apparel retail, which is the direct result of the passion of our educators, our innovative product assortments, agile store formats and connection to our communities.”

He further said Lululemon’s brick & mortar locations are being helped by the company’s omnichannel focus. Ship-from-store is now available in nearly 300 locations and buy online, pick-up in-store will begin to be rolled out during the second half.

Outside North America, Asia saw combined comps over 50 percent with “particularly strong” results in China. Lululemon’s third and fourth stores were opened in Seoul, Korea with the most recent opening in Lotte World Mall. Fifteen to 20 stores are slated to open in Asia in 2018 along with the launch a local e-commerce site in Korea.

In Europe, double-digit comps exceeded plans. New stores opened Berlin and Frankfurt and a store in Guildford, outside of London, was added in the U.K.

On digital growth, Haselden noted that comparisons “get more difficult in each subsequent quarter,” but online operations are seeing “strong momentum extending into Q2.” Online traffic is expected to be aided by the leveraging of the company’s e-mail file growth to improve targeting capabilities and lead to more visits by customers. He noted that Lululemon’s e-mail file nearly doubled in the quarter, direct marketing-related traffic to the brand’s site increased more than 60 percent and transactions from existing customers increased over 50 percent.

Further gains online are expected to come from an ongoing streamlining of the checkout process as well as the rollout of more sophisticated and automated tools that “will allow us to take mobile, search, browse, e-mail and the post-purchase experience to new levels.”

Haselden added, “Overall, we’re pleased with our e-commerce results and see progress building towards our strategic goals for this part of the business.”

For the second quarter, Lululemon expects revenue to be in the range of $660 million to $665 million based on a total comparable sales increase in the high-single digits on a constant dollar basis. EPS is expected to be in the range of 46 cents to 48 cents, which compares to 36 cents a year ago.

Murphy also reported that Lululemon’s board has met with a number of qualified and interested potential candidates for the vacant CEO role. Laurent Potdevin, the former CEO, departed in February due to inappropriate workplace behavior.

“It’s progressing well,” said Murphy. “We’ve met with a number of candidates who are both qualified and interested. The whole board is together next week, and at that time, we will be discussing the candidates who have come forward and really getting agreement on ‘how do we take this to the next level’ and to a whole another phase of the search, which is more getting closer to completion than trying to find who are the right candidates.”

He praised the leadership of Haselden, as well as Celeste Burgoyne, EVP, Americas and Sun Choe, SVP of merchandising, who all took on more responsibilities with Potdevin’s exit. But Murphy, who also took on elevated responsibilities, said the better-than-expected performance by the company won’t delay the board’s pursuit of a new CEO. He added, “If you think of our internal audience first, getting clarity about the new leadership going forward is super important. But it’s nice to have, to be in this place where I think we’d all rather have somebody in place when the time is right.”