Logitech International SA, the Swiss manufacturer of keyboards and webcams and owner of Jaybird, has ended discussions to acquire Plantronics Inc., a U.S. maker of Bluetooth earpieces and gaming headsets, both companies said.

The announcement came after Reuters reported on the negotiations between Logitech and Plantronics last Friday. The companies confirmed the talks on Sunday, but said they had now been terminated.

In a statement, Logitech said that in response to media reports and in accordance with Swiss disclosure requirements, it confirmed it was engaged in discussions with Plantronics regarding a potential transaction. However, those discussions were terminated. Logitech does not intend to comment further. Brands of Logitech include Logitech, Ultimate Ears, Jaybird, Blue Microphones, Logitech G and ASTRO Gaming.

In a separate statement, Plantronics also said it is no longer engaged in discussions with Logitech. The company said its practice is not to comment on speculation but in accordance with Swiss disclosure requirements, Logitech was required to disclose the status of the discussions following recent media reports.

Plantronics said Logitech approached Plantronics regarding a potential acquisition and, consistent with the Plantronics board’s fiduciary duties, the company entered into discussions with Logitech. Those discussions have ended. Plantronics will not comment further on this matter.

“Our combined organization of Plantronics and Polycom is working tirelessly to help our customers communicate, work, and play, wherever they are,” said Joe Burton, president and chief executive officer, Plantronics, “Already the market leader in Unified Communications with the most comprehensive portfolio of communications and collaborations endpoints, our prospects are outstanding. We are working to reinvent the industry with valuable business insights available through unique software and analytics capabilities that span the entire portfolio of endpoints.”

Burton continued, “We have made great progress preparing the company for the next phase of profitable growth, and we are very well positioned to successfully achieve our long-term strategic goals, as demonstrated by our strong second quarter 2019 results. We have seen very strong feedback from customers and partners, launched products across multiple categories in our first quarter post-close – including innovative analytics offerings that integrate deeply with our endpoints – and in September we increased both our long-term financial targets and our cost synergy targets related to our acquisition of Polycom. I have been and remain tremendously optimistic about the opportunity in front of us, and with our focused strategy and leadership team, I am confident that Plantronics will create significant long term value for shareholders.” 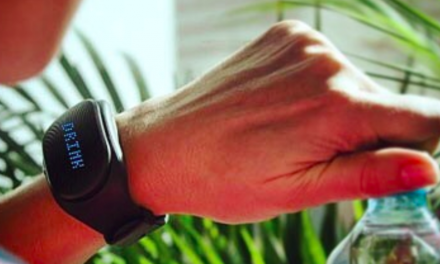 Study: Most Owners Of Fitness Wearables Continue To Use Them Daily