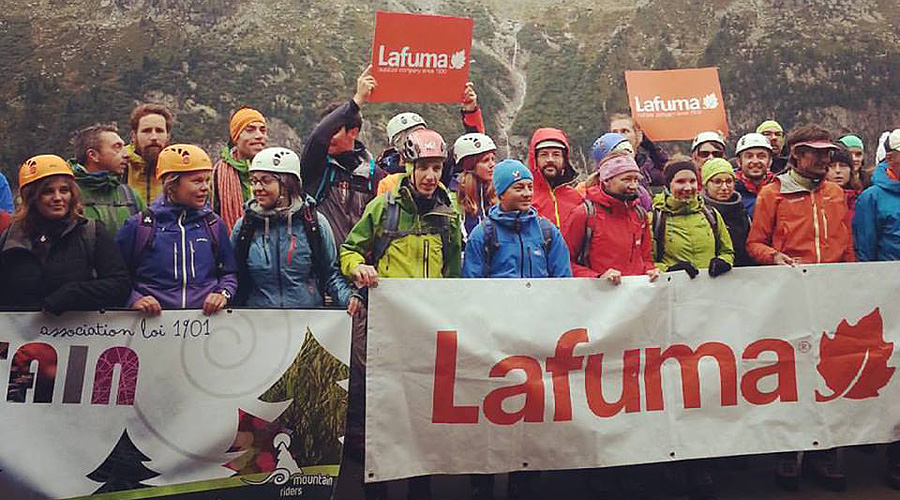 Sales of Lafuma Group’s Millet, Eider and Lafuma mountain sports products grew 11 percent in the first half of the year, despite Europe’s warm winter, which will make for tough sledding in the back half of the year.

A slump in consumer and tourism spending in France, meanwhile, dragged down sales of the Oxbow surf brand, reported Calida Group, the Swiss apparel company that upped its stake in the Annecy, France-based Lafuma Group to 70 percent on April 1.

“Unfavorable weather, with a very mild winter and a rainy spring, as well as unsettling political developments that reduced the propensity to consume, caused a significant decline in retail traffic in the Group’s main sales markets,” Calida Group CEO Reiner Pichler and Calida Group Chairman Dr. Thomas Lustenberger wrote in their quarterly letter to shareholders. “Terrorist attacks, especially in France, our main market, have made consumers insecure. This feeling of insecurity has been exacerbated by the Brexit debate and by the negative decision that the British voters ultimately took about the European Union. All of this had a negative influence on consumer spending, leading to stagnation and in some cases to market shrinkage in the first half of the year.”

Mountain Group Sales Up, Orders Down
Calida Group reported sales at the three mountain brands, which it reports as the Millet Mountain Group, reached €40.8 million ($45 million) in the six months ended June 30, compared with €36.8 million in the first half of 2015. The brand group contributed operating income of €4.5 million, up 43.5 percent from the year earlier quarter.

Sales grew 10.9 percent at the flagship Millet brand and 20.6 percent at the Lafuma brand (excluding furniture sales), marking the first period of double-digit growth for either since Calida Group acquired control of  Group Lafuma in late 2013. Only the specialty ski brand Eider saw sales go down by 3.2 percent, as a result of the unseasonably warm weather.

“Owing to unsatisfactory sales by our retailing customers last winter, they still have high levels of inventory in this very seasonal business,” Calida reported. “As a result, orders this spring for the autumn/winter collection 2016 were subdued and lower than in the previous year. Management is currently developing measures to compensate for this.”

Terror Strikes Weigh on Tourism and Oxbow
At Oxbow, which is also part of Lafuma Group, sales fell 5.5 percent to €12.9 million, largely because of lower sales in France, which generates 90 percent of the brand’s sales and where consumer spending and tourism declined in the wake of terrorist attacks. Still, Oxbow was able to boost its operating contributions 27.1 percent, to €2.7 million, thanks to cost cutting and a “good level” of preseason orders for the fall/winter season.

The company takes its name from the Swiss apparel brand Calida, which derives more than 40 percent of its sales from Switzerland, where it operates about 140 stores. The group also owns the apparel brand Aubades, which earns two-thirds of its sales in France.

Strategic Review Due in This Fall
Pichler, named by Calida Group as its CEO April 1, is expected to present the results of a strategic review of all Calida Group’s business to shareholders this fall. In the meantime, it expects trends seen in the first half of the year to continue.

“We are assuming that economic conditions will not improve in the second half of the year, in part because of the still largely unknown consequences of Brexit,” Pichler and Calida Group Chairman Dr. Thomas Lustenberger wrote in their quarterly letter to shareholders. “Negative pre-orders at Millet Mountain Group and investments in the development of the individual brands Millet, Lafuma and Eider will weigh down results for the second half of 2016, and thus for the year as a whole.”

CEO of US Operations Out at MBT