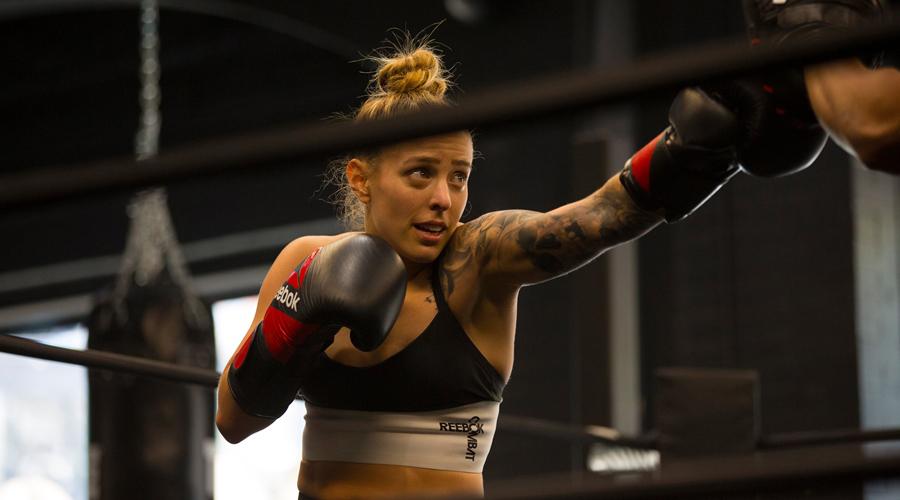 In his first conference call since replacing longtime Adidas CEO Herbert Hainer in October, new CEO Kasper Rorsted’s biggest news was the launch of a plan to streamline and restructure the underperforming Reebok business. He also made a commitment to sell the Adidas TaylorMade golf business, even if at a loss, by the close of the year. Not surprisingly, his initial plans don’t include many major changes for the Adidas brand, which remains on fire in the marketplace.

Results in the third quarter continued to show renewed momentum for the Adidas brand that has led the company to raise its financial outlook four times this year. Momentum is strong in the U.S., where Adidas has reportedly regained its spot as the second largest U.S. athletic brand after dominant leader Nike. Under Armour had moved into second spot last year.

Rorsted, who joined Adidas AG after eight years running German consumer-products giant Henkel AG, said he remains “fully committed” to the “Creating the New” initiative launched about two years ago that has been paying big dividends for the Adidas brand. “The consumer centric approach has increased our brand desirability and relevance with the consumers,” Rorsted said. “And you can see that not only in our markets or in our revenue numbers, but also in the market share gains in the key categories and markets where we are active.”

Rorsted said that since he joined Adidas in August, he has talked to more than 6,000 employees across the globe, as well as a wide range of key wholesale partners, suppliers and sports marketing partners. He believes he’s joining the company in a position of strength and he plans take advantage of the Adidas brand’s momentum.

“I believe it’s great to have had the opportunity to join a company when the company is in great shape,” Rorsted told investors. “But I want to be clear on this; like any other company, there are also areas that we can improve.”

Tweaking At Adidas
His initial priorities include continuing “the launch and growth trajectory” that has driven the Adidas brand’s recent gains. Other priorities include driving digital transformation across the organization and continuing the turnaround in North America. With growth for the Adidas brand running ahead 29 percent year to date in the region, North America has “made great progress” over the last year and a half.

“But winning in North America is a marathon, not a sprint,” said Rorsted. “We have our set of challenges in the last 10 years. And while we have had a great run for the last 18 months, it’s very important that we continue this momentum that we currently have in the U.S.”

To help support its momentum, the company will be making a major organizational change in the region to establish the “best infrastructure setup in the U.S.” to support future growth. As part of the change, Adidas brand will retain its Portland, OR headquarters in the U.S. and the extension of its group headquarters in Herzogenaurach, Germany. But all other North America-related functions will be brought from Reebok’s headquarters in Canton, MA to Portland.

Reebok Restructuring
The moves also involve an intensified push to help Reebok regain momentum. Rorsted said Reebok has made “major progress” in its transformation from a traditional sports brand to a purely fitness brand and has witnessed continued top-line growth in the last 14 quarters.

“At the same time, we have to be realistic,” he added. “Reebok is growing slower than Adidas and our competition, and we have seen no growth in North America in the past three years. And lastly, the profitability is significantly below the group average. It’s time to get back to the gym and redouble our efforts on Reebok.”

As part of the plan, the Reebok organization will be streamlined. Its headquarters will move from Canton, MA to a new Boston location in 2017 with a “team 100 percent dedicated to only Reebok.” Of the 950 employees currently in Canton, 650 will move to the new Boston location, 150 of those who support all the company’s brands will move or see their jobs transferred to Portland and 150 jobs will be eliminated.

The number of Reebok’s U.S. factory outlets will be reduced by half and the number of FitHub stores will also be limited to shift the brand’s focus more to wholesale. Matt O’Toole will take full responsibility for Reebok in North America. The company will assume one-time costs of approximately €30 million ($33.4 million) in the second half, including €10 million ($11.1 million) taken in the current quarter.

“We’ll give Reebok more freedom to operate globally, and more responsibility in the U.S.,” Rorsted said. “We’ll get a more focused organization, and that will enable us to continue the momentum we have right now of Adidas in the U.S., and it will make Reebok stronger.”

Regarding the golf business, which includes TaylorMade, Adams and Ashworth, Rorsted said he likewise remains “fully committed” to exit the golf equipment market and expects to reach an agreement on a sale by the end of 2016. He added, “The divestiture is expected to trigger a loss at disposal. This will, however, not change our underlying profitability.”

Third-Quarter Gains
The robust third quarter was highlighted by double-digit gains for the Adidas brand in its Adidas Originals and Neo lifestyle collections, as well as in running and training categories in sports performance.

In the quarter, net earnings rose 24.2 percent to €386 million ($430 million), in line with expectations. Revenues grew 13.8 percent to €5.41 billion ($5.7 billion) and expanded 17 percent on a currency-neutral basis, slightly ahead of Wall Street’s target. Adidas noted that the strong performance came against the background of tougher comparisons with its business starting to accelerate in the 2015 third quarter, as well as intensified pressure from negative currency effects.

Globally, Adidas Brand revenues leaped 15.8 percent in the quarter to €4.64 billion ($5.2 billion) and expanded 19.5 percent on a currency-neutral basis. The Running category for Adidas Brand was up 17 percent, led by the launch of AlphaBounce, with strong responses in  North America and China, said Robin Stalker, Adidas’ CFO, on the analyst call. The introduction of the Ultraboost Uncaged and the colored Boost also expanded the Boost franchise. The Pureboost X collection, introduced earlier this year, is driving an accelerated rate of sales in Adidas Brand’s women’s running business.

Training was up 13 percent for Adidas Brand overall. Growth in global football moderated to a 5 percent increase as apparel declined in the face of the launch of two new sponsored teams, Manchester United and Juventus Turin, in the year-ago quarter. Football footwear sales were ahead 27 percent supported by the launch of the Speed of Light package line.

Adidas Brand’s lifestyle business saw its sixth consecutive quarter of over 30 percent growth, with revenues surging 42 percent. Adidas Originals, up 41 percent, was led by a gain of almost 50 percent in footwear. While Stan Smith and the Superstar continued to show strong gains, the Tubular is gaining more traction with consumers, especially in the U.S. and China. Adidas Neo jumped 51 percent. The NMD franchise, launched earlier this year, continued to see “incredible hype”,  while the launch of the first cleated football boots, designed by Kanye West, sold out in minutes on Eastbay according to Stalker.

Reebok was able to maintain its robust revenue expansion as revenues grew 7.2 percent on a currency-neutral basis during the quarter, with sales growth across all regions. This development was supported by double-digit sales increases in the Running category as well as in Classics. Reported sales increased 3.6 percent to €493 million ($549 million). The gains came despite ongoing store closing efforts in North America. By the end of the year, Reebok expects to close another 20 factory outlets and almost half of its FitHub concept stores. A higher number of closures are set for 2017.

TaylorMade-Adidas Golf revenues increased 6 percent currency-neutral in the quarter, driven by strong double-digit growth in the metal-woods and putters categories. Reported sales were up 7 percent to €170 million ($189 million). The segment saw 13 percent growth on a currency-neutral basis at TaylorMade and a 6 percent increase at Adidas Golf.

From a regional perspective, combined currency-neutral sales of the Adidas and Reebok brands grew at double-digit rates in all segments except Russia/CIS, where revenues increased at a high-single-digit rate. In North America, sales for Adidas and Reebok jumped 20.2 percent in the quarter on a currency-neutral basis and grew 19.5 percent to €927.8 million ($1.03 billion) on a reported basis. While the gains were led again by Adidas Brand, for the first time since 2013 Reebok positively contributed to the market’s growth. Reebok’s sales increased 2 percent in North America, helped by improvements in the brand’s wholesale business, both at longstanding customers such as Dick’s and Academy and with new partners like Champs, Macy’s and Journeys.

Revenues for Other Businesses — including TaylorMade and CCM Hockey — grew 6.8 percent on a currency-neutral basis in the third quarter. Reported sales in the segment were up 6.9 percent to €366 million ($407 million). Double-digit sales increases in other centrally managed businesses as well as mid-single-digit growth at TaylorMade, were only partly offset by sales declines at CCM Hockey, reflected the overall challenging market conditions in the U.S. hockey market. Sales at CCM Hockey were down 7.3 percent on a currency-neutral basis, while reported sales for the brand were off 8.5 percent to €103 million ($115 million).

Operating expenses increased 11.5 percent to €2.06 billion ($2.3 billion) due to higher point-of-sale and marketing investments as well as an increase in operating overhead costs. As a percentage of sales, however, operating expenses decreased 0.8 percentage points to 38 percent, reflecting the company’s strong top-line improvement.

Confirmed Outlook
Adidas confirmed its outlook for the current year despite one-time costs primarily related to restructuring activities at Reebok. The company expects revenues to increase at a rate in the high teens on a currency-neutral basis in 2016. The gains are expected to be supported by double-digit growth in all regions except Russia/CIS, where sales are forecasted to grow at a mid-single-digit rate.

Gross margin in the year is expected to be at a level between 48.0 percent and 48.3 percent compared to the prior-year level of 48.3 percent. Operating expenses as a percentage of sales are now expected to decrease compared to the prior-year level of 43.1 percent. In line with previous guidance, net income from continuing operations, excluding goodwill impairment, is expected to increase at a rate between 35 and 39 percent, to a level between €975 million and €1 billion.

Rorsted cautioned the investment community not to expect another year of outsized growth in 2017, largely due to challenging comparisons with 2016 expected to show 20 percent revenue growth and 40 percent profit growth.

Said Rorsted, “2017 will be more in line with our long term growth objectives that we also outlined under ‘Creating the New,’ with a robust top line expansion, continued operating margin improvement and also continuing to drive the bottom line improvements. We will, of course, also invest in our business, where necessary in digital and infrastructure, because these investments are necessary to elevate our long term profitability.”