JJB Sports has moved its health club division off its books, while also removing CEO Chris Ronnie from the corner office. Among all those shifts, the company also reiterated its earlier guidance of a 2008 loss of between £5 million ($7.3 million) and £10 million ($14.6 million) before tax and one-time items. The British retailer also reported that comparable store sales for the 10 weeks through March 23 had declined 22.5% from the same period last year.


In the health club division deal, JJB reached an agreement to sell the business for £83.5 million ($121 million) to Dave Whelan, the retailer's founder, to help pay down debt.
Meanwhile, CEO Chris Ronnies termination took effect immediately with the company attributing the decision to “gross misconduct,” without giving more details. Ronnie was suspended in January, when JJB began probing liquidators' seizure of his shares in a transaction linked to a failed Icelandic bank.
JJB also said it is seeking an agreement with creditors that would halt rent payments on about 140 closed stores. 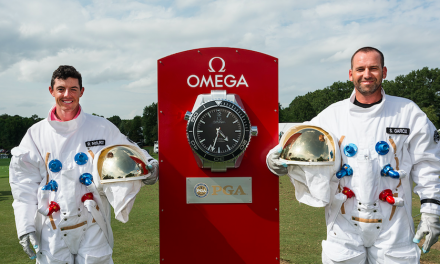 Omega Ambassadors Become “Astronauts For The Day” At 2017 PGA Championship

Ronnie was suspended in January, when JJB began probing liquidators' seizure of his shares in a transaction linked to a failed Icelandic bank.

JJB also said it's seeking an agreement with creditors that would halt rent payments on about 140 closed stores. The retailer's rent proposals were part of a company voluntary arrangement, or CVA, a form of insolvency in Britain that allows companies to make agreements with creditors to restructure debt repayments. JJB also proposed changing its rent agreements to monthly payments from quarterly payments on 250 stores that remain open.

Executive Chairman David Jones said in the statement, “We have taken the first step in securing  JJB's long term future after months of speculation. We have worked very hard with our advisers and lending banks to propose a robust, solvent restructuring of the Group that we believe is in the best interests of all of our stakeholders. In addition to the continued support of our lending banks, our proposals require the
approval of our unsecured creditors and our shareholders. Their support of our CVA proposal will ultimately allow us to focus on realising the full potential of the company's core sports retail business.”

The Wigan, England-based company also reiterated its forecast that it will post a loss of between £5 million ($7.3 million) pounds and £10 million ($14.6 million) before tax and one-time items for the 52 weeks ended Jan. 25. In the 10 weeks to March 23, sales at retail outlets open at least a year slumped 22.5%. The company blamed that drop on “severe disruption” in merchandise supply amid publicity about the company's troubles.

JJB has a further extension of its so-called standstill arrangements with lenders until the CVA is effective. JJB has borrowings of about £60 million ($87.3 million.) It will receive £40 million ($58.2 million) from Whelan upfront, with the rest deferred for up to six months subject to various conditions.

The retailer “does not have sufficient working capital,” the statement said. “The company remains dependent on the continuing support of its lenders to continue trading.”

Orange 21 Terminates Discussions with No Fear