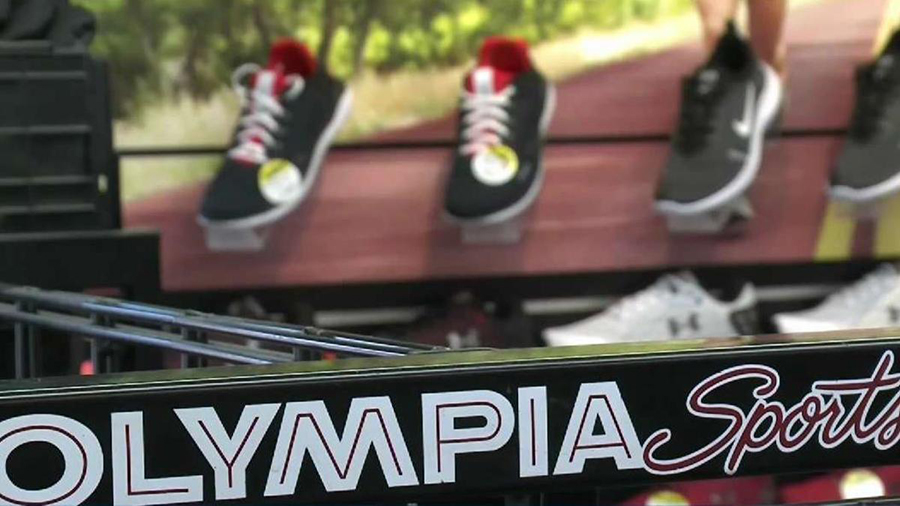 The surprise acquisition of Olympia Sports extends JackRabbit deeper into the sporting goods space, but Bill Kirkendall, CEO of JackRabbit, said the Maine-based sporting goods chain is “right in our wheelhouse” because of its focus on specialty retail.

“Olympia Sports is a very-specialized concept and has a very focused strategy,” said Kirkendall in an interview with SGB Executive. “Smaller stores, smaller communities and it’s right in our core competency of athletic footwear and apparel, which is predominantly a big part of Olympia’s business.”

Building a portfolio of active lifestyle companies with a specialty focus has also become a strategy for CriticalPoint Capital, the Los Angeles-based private investment firm that acquired JackRabbit in a distressed sale in February 2017. The Olympia acquisition follows a turnaround at the JackRabbit running business that has helped JackRabbit overall return to expansion and acquisition mode.

“They really like the specialty retail space,” said Kirkendall of CriticalPoint. “That’s our niche. It’s not to be all things to all people. And, I think, we’ve had a good turnaround with JackRabbit, so, it’s given them some confidence that we can grow.”

As reported, JackRabbit will acquire 75 of Olympia’s 152 locations. The acquired stores will continue to operate under the Olympia Sports banner. The remaining 77 stores will close.

Founded in 1975 with a focus on underserved small- to mid-sized markets in the New England region, Olympia offers a mix of team sports gear as well as footwear and apparel for fitness enthusiasts and sports fans. The locations range as small at 4,000 square feet, including numerous mall locations, up to 15,000 square feet. The retailer is based in Westbrook, ME.

With the addition of Olympia, the consolidated JackRabbit company will operate 135 brick and mortar stores along with four e-commerce platforms: jackrabbit.com, olympiasports.net, clevertraining.com, and surfoutfitter.com.

For JackRabbit, the Olympia acquisition provides a new banner to explore growth and adds scale to the overall business.

“This gives us a great avenue to build, strengthen and grow our partner relationships and it gives us the strength to leverage our cost structure. And it’s right within our core competency, so this really fits our strategy,” said Kirkendall. “It’s a specialty strategy, and we’re very excited about being able to acquire such a history of 45 years with strong equity in these communities.”

Kirkendall said CriticalPoint heard Olympia Sports was exploring financial options and the deal ultimately “made sense” for both JackRabbit and the Manganello family that founded Olympia Sports 45 years ago. Ed Manganello, the founder’s son, is Olympia’s president.

The deal enables the Olympia Sports banner to continue and preserve jobs for employees working at the 75 acquired stores and possibly some corporate staff. Said Kirkendall, “I think it’s a win-win for both sides.”

Olympia’s corporate staff will be consolidated into JackRabbit’s headquarters in Denver, CO. Kirkendall said conversations will be held on whether some of Olympia’s team will be interested in relocating. Said Kirkendall, “It’s only been a week, so the ink’s not really dry,” Kirkendall told SGB on Monday. “I haven’t had a chance to get to know a lot of people until just last week, but we’ll surely be talking to some of the Olympia people. “

No significant changes are planned for the Olympia Sports business model. Said Kirkendall, “We’ve got good stores, and we just hope to make them better. We hope we can provide some extra ammunition to improve the stores further.”

JackRabbit may extend some of its expertise in performance running to Olympia’s locations. JackRabbit shop-in-shops, for instance, may also be explored but learnings on customer-service and community outreach in the run space may be integrated. Said Kirkendall, “These smaller communities have a lot of runners, and we can bring that expertise to the business where that option isn’t within a lot of these communities today.”

A significant overhaul of the merchandise mix, however, isn’t planned. He said, “They have a very good licensed business and a good hard goods business, and we’ll continue that.”

The acquisition comes as the core JackRabbit running business has undergone a “really significant turnaround” since being acquired by CriticalPoint, providing a foundation of “stability and profitability” to make a sizeable acquisition, according to Kirkendall.

JackRabbit’s former owner, The Finish Line, had halted expansion in 2015 to shore up the profitability of the business, but expansion has resumed under CriticalPoint. In November 2017, JackRabbit acquired Rogue Running, which operates one store in Austin. Last year, Nashville-based Rhythm Running was acquired and two locations opened in Houston and Tampa.

The improvement in the core JackRabbit running business comes as the overall run specialty channel has shown some stabilization after struggling for a few years. Kirkendall also believes several of the company’s initiatives are paying off.

“We’ve got a really strong portfolio, our digital business is growing over 20-plus percent a year and our inventory is very high in quality so our margins are strong,” said Kirkendall. “I think the stronger consumer, for sure, has helped; but, I think, we’re doing some good things. Can we get better? Yes, but I think over the last two years we’ve made a significant improvement in our operations.”

He said JackRabbit is benefiting from its strong vendor partnerships and investments in digital that began under the ownership of The Finish Line. Said Kirkendall, “I think our omni-channel strategy for this channel is as good as it can be and maybe better than some other retailers that are larger.”

Investments in community activation and engagement efforts are also helping stores bond with local runners. Said Kirkendall, “We’ll have over 4,000 events in our stores this year, so we’re building a lot of great store experiences and loyalty with our customers.”

Finally, Kirkendall credited the support of CriticalPoint. He said, “We’ve got a good owner in CriticalPoint that is supporting us and believes in our initiatives.”

On the horizon, Kirkendall said the company will be looking to expand the JackRabbit running concept. Opportunities will also be explored for the Olympia Sports banner once the business has been integrated into the overall operations. He said, “We didn’t buy it to keep it stagnant.”

With CriticalPoint’s support, further acquisitions of other concepts focused on serving the active lifestyle consumer base will be explored.

“We’re looking to develop this portfolio,” said Kirkendall. “It’s one step at a time, and we’ve had good success with JackRabbit but it’s a specialty, targeted strategy. It’s not all things to all people.”