Is Pokémon Go The New Fitness? 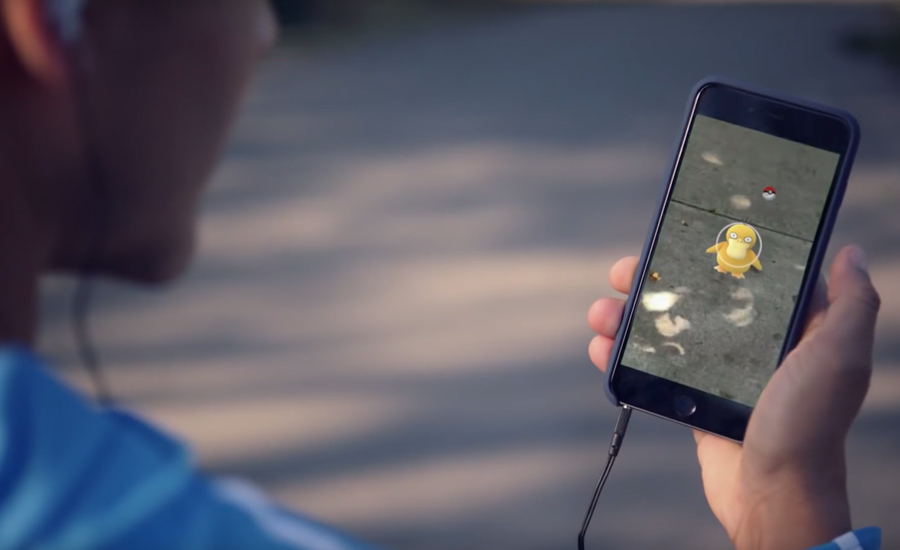 Will the active lifestyle industry see an influx of new customers from virtual reality games that get players up and outside?

July 6 may go down in history as the day fitness changed forever.

On that Wednesday, Nintendo released the location-based augmented reality Pokémon Go mobile game for download in the U.S., Australia and New Zealand. Over the next 24 hours, the game was installed on more U.S. Android phones than the dating app Tinder. The following week, headlines around the world were deluged with Nintendo more than doubling its stock from the success of the game, and within the last 25 minutes Pokémon Go has been downloaded to 120,000 new devices (roughly 80,000 iOS and 40,000 Android).

If you’re one of the few without the game, it works by dropping its user into the Poké-verse (a neon version of your exact location, Google Maps style), where the player physically walks through the world in search for rare Pokémon creatures. The point is to capture, battle and train Pokémon. Nintendo and programmers Niantic use GPS and camera functions to place the other-worldly creatures within our day-to-day life. We saw one on our editor’s desk this morning, only to be captured by one of our SSI Data team members.

If you’ve seen a rare influx of people outside within the month of July, Nintendo is the one to thank. National Parks across the U.S. saw a boom in visitors the week following the game’s release, and SGB projects this trend will only grow as we move into the latter half of the year.

Pokémon On The Ski Slopes
Before moving forward, let’s address the Phanpy in the room. Is Pokémon Go a fad that will expire come the first snowfall?

“Nintendo is not in the business of making fads,” said SGB’s in-house expert on the game, and SSI Outdoor Data specialist. “What we currently know of the game is probably 20-30 percent of what is possible.” Creators Niantic, who used to work for Google, are known for withholding value so users can find it themselves within the game.

Key features programmed in the game will not only add value and keep the app relevant, but may continue to promote getting outside and active through all weather and altitudes.

Since Pokémon Go is GPS, location focused, this means players will find different Pokémon depending on the time of day, month of year, region and landscape. Venturing to the mountains may be essential to catch an Onyx, and a simple tweet mapping of its location has the power to draw epic crowds to the area (as was seen when a rare Vaporeon sparked a stampede in Central Park the evening of July 14).

This means we can expect to find Pokémon on the ski slopes this winter, and for users who ordinarily shun the cold, there may be new incentives to get outside via Pokémon that only come out during say… two weeks in January.

Retailers, gyms and other businesses within the industry might eventually buy Pokémon lures, hatch eggs, or becoming an official Pokéstop to attract players. Some have already started offering discounts to anyone playing the game in their stores.

Travel, not only locally but nationally, may also see a boost if players seek out creatures that are regionally specific. Online trading posts will most likely be established, so someone from Louisiana can trade Pokémon with someone from Arizona, but the real fun of the game is getting out and finding them yourself versus playing online.

As for whether the game will help get more people active and moving on a long-term basis, Jonathan Ross, Behavior Change Specialist & Senior Consultant on Personal Training at the American Council on Exercise (ACE) told SGB, “For the most part, no. For a minority, it could lead to lasting behavior change, but when the motivation, desire and appeal is to play a game, the physical activity is secondary and the majority of people will move only to achieve the objectives of the game.”

He continued, “Many people mistakenly believe that ‘anything which gets people moving,’ is a good thing, and this is easily seen to be untrue. Spending a lot of time moving with bad posture is never a good idea. Walking a lot with your head down, shoulders forward and arms turned in on your phone will do more harm than the good it does.” 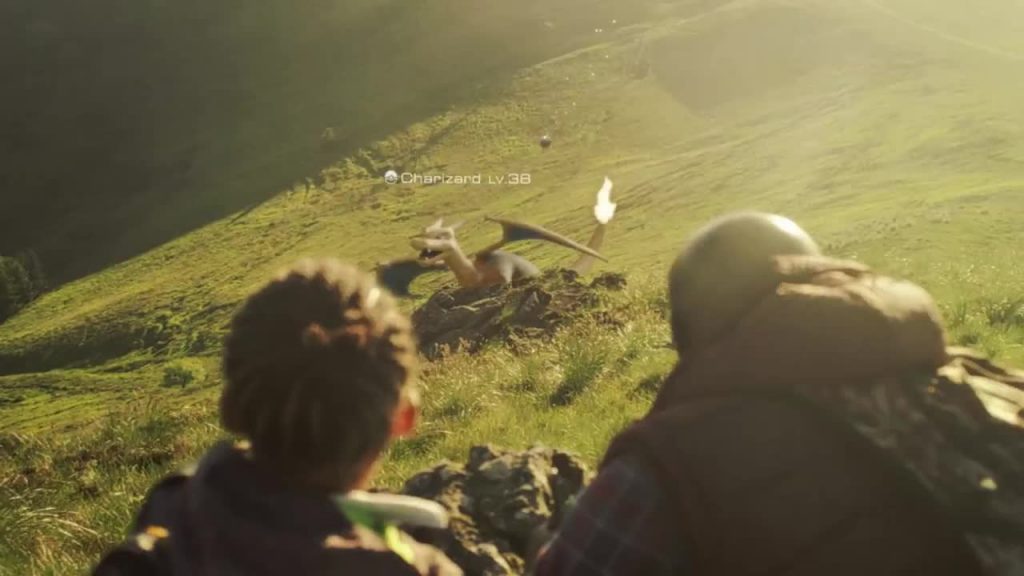 Creating The Lifetime Player
Still, it’s impossible to ignore the game’s initial success. It seems the active lifestyle industry should be ecstatic about Pokémon Go and its unprecedented ability to get people moving. Although the game may run its course alongside other fading trends, our industry can still learn a thing or two from the old-school gaming company.

Nintendo has mastered the art of creating the lifetime player. Mario Kart, Star Fox and Zelda are just as fun at seven years old as they are at 30. Furthermore, few Nintendo gamers are dissatisfied with new versions of old favorites. This is something the fitness industry has been at arms with: keeping consumers.

Much of the fadeaway from active endeavors has to do with mindset. Culturally, fitness is presented as a temporary, unenjoyable event undertaken to achieve a final goal. But if we think about it, fitness is a game just like Goldeneye or Smash Bros, so it makes sense to capitalize on one, having fun, and two, making participation about more than just winning.

For those who know the lore of Pokémon, watched the TV show and collected the trading cards, you’ll know the goal is to become a master. However, you don’t have to be a master to play, and those who partake are doing so because it makes them happy. Pokémon Go is neither pay to play or pay to win, whereas many free apps build in-game purchases that give advantage to users who shell out money for functions, products or skills. Nintendo says it wants its players to maintain the joy of the journey, not strive to ‘win.’

This attitude is crucial, and the reason fitness has traditionally been so hard to promote. Pokémon Go has both inspired an older generation of former fans to get out to places they’ve never been, and a younger generation to associate activity with fun. Nintendo in essence is speaking their language, incorporating the smartphone and video game into the endeavor to be healthy. Who would have thought the best incentive to walk five miles was to hatch a Pokémon egg.

“Game-ification is already well underway in the fitness industry in general,” said Ross with ACE. “Bringing fun into the physical intensity required for physical change is shifting perspectives in people who are not drawn to traditional approaches to fitness. More specific to this style of game, there will likely be some variations on this where people play a game where you perform various fitness activities or exercises as you get to certain spots. With this kind of popularity, there is no doubt that there will be fitness versions of Pokémon Go.”

The social aspect of the game also does its part to promote healthy, active habits. You’ll see couples and friends saying, ‘let’s go on a walk tonight so we can catch Pokémon,’ versus let’s watch a movie.

However, Ross with ACE foresees the opposite playing out in the long run. “People meeting at Pokestops or encountering each other playing may strike up conversations, so there is the potential for social interaction which may have a secondary benefit of getting people out and about, but this will all depend on the behaviors that are dominant in that small group. There is a greater likelihood of the social contagion leading to an uptick of unhealthy behaviors rather than healthy ones.  (i.e., it is more likely people will go to a happy hour or get fast food than a group of Pokemon Go players meeting and suddenly deciding to go hiking on a regular basis.)”

With the reputation of video games being exclusionary and divisive, SGB’s expert said, “now there’s a physical socializing happening. And they’re not making us go out and buy a console. It’s all here,” he concluded, pointing to his phone.

Moving forward, the leading issue Pokémon Go creators face is building enough infrastructure to support its popularity. Over the weekend, its server went down as 49 million users tried to log-in. Perhaps that creates another opportunity for the active lifestyle industry to come through with motivation when the player’s phone dies or the app updates, and the gamer looks up. 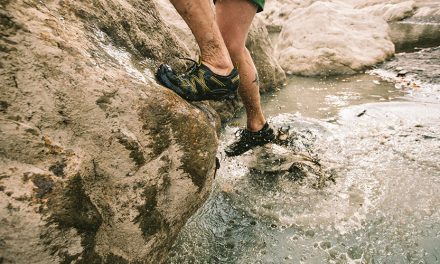 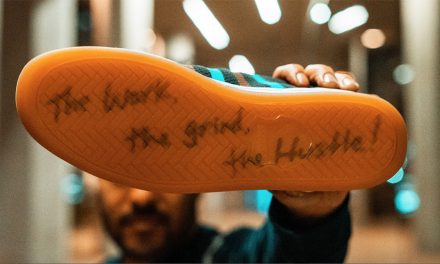 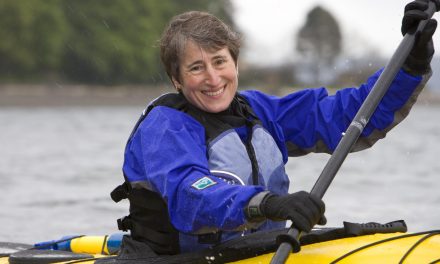 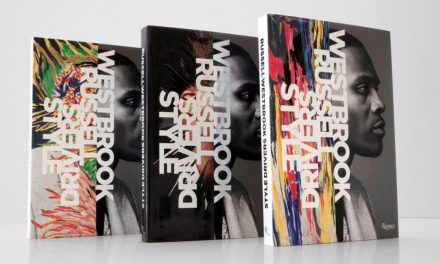