Intrawest Resorts Holdings reported sales of season pass and frequency products for the upcoming 2014/2015 ski season were up approximately 14 percent in units and 20 percent in sales dollars as of Nov. 2, versus the same time last year.

Rental and retail revenues grew $572,000, or 10.0 percent, to $6.16 million thanks to increased mountain bike rental and sales and the timing of certain sales at its stores.  Intrawest Resorts properties include Steamboat and Winter Park in Colorado, Tremblant in Quebec, Stratton in Vermont, Snowshoe in West Virginia and Blue Mountain in Ontario.

This growth is largely driven by our Colorado season pass products, both multi-mountain and resort specific season passes,” stated Bill Jensen, Chief Executive Officer. “We believe the significant growth in our Colorado products demonstrates the value of our offerings and the benefits of our strategic alliances, as guests commit to skiing at our resorts prior to the start of the season. As we look ahead to our two most important quarters, our team is prepared to build upon the success of last season and to continue to deliver memorable experiences to all of our guests.

Adventure revenue was flat at $22.6 million as higher revenue from helicopter maintenance, repair and overhaul services (“MRO”) as a result of our acquisition of an additional MRO facility in the prior year period as well as an increase in revenue from our interest in Alpine Helicopters, Inc were offset by lower revenue from Canadian Mountain Holidays (CMH) and decreased US firefighting revenue. CMH revenue decreased $1.1 million as the company operated one lodge for summer operations in the three months ended September 30, 2014 versus two lodges in the three months ended September 30, 2013 in order to remodel the Bugaboo Lodge.

Adventure Adjusted EBITDA reached $2.1 million for the three months, compared to $3.7 million in the prior year period due primarily due to decreased U.S. firefighting revenue.

Intrawest reported consolidated revenue, which also includes results at its Real Estate operations, was $74.4 million for the three months ended Sept. 30, as compared to $80.6 million in the prior year period. The change in consolidated revenue was due to an $11.0 million decrease in Legacy, non-core and other revenue related to non-core real estate sales in the prior year period, partially offset by a $4.8 million increase in total reportable segment revenue. Revenue was also impacted by an unfavorable foreign currency translation adjustment of $2.1 million.

Net loss attributable to Intrawest Resorts Holdings, Inc. was $51.0 million, or $1.13 per diluted share, for the first quarter 2015 as compared to $122.0 million, or $2.91 per diluted share, in the prior year period. The improvement was primarily attributable to a significant reduction in interest expense as a result of the restructuring and refinancing that occurred in December of fiscal 2014. 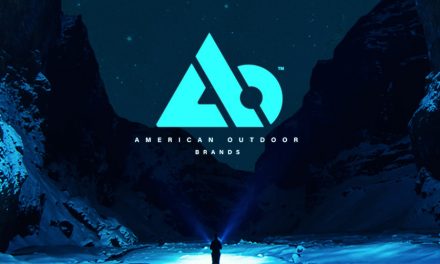