IIC-Intersport International Corporation GmbH (IIC) appointed Rick White, representative of the Canadian Intersport license holder Canadian Tire who heads Mark’s Work Warehouse, to its board. White will replace Christian Steven Evers, who left the board after his appointment as CEO of IIC in December 2018.

Furthermore, with Jussi Mikkola (Finland – chairman), Corinne Gensollen (France – vice-chairwoman) and Ignasi Puig (Spain – member), three current members of the board of management were re-elected for another term of office of three years, until 2022.

Mathias Boenke (Germany) is elected until the General Meeting 2021. The annual meeting was held in Copenhagen on September 6, 2019.

Jussi Mikkola, the re-confirmed chairman of the IIC board of management stated: “After a year of transition, the IIC Board has been strengthened through the election of Rick White as its 5th member. Rick brings in a wide experience including important strategic insights from our successfully operating partner in Canada. The Board is also pleased that Steve Evers and his management team were able to regain momentum which is reflected in below mentioned growth and recently announced expansion into new markets.”

In his annual report, Christian Steven Evers presented the development since his start as CEO of IIC in February 2019. The Intersport Group has returned to faster growth with global retail sales increased by 2.7% in 1st half 2019 and the recently announced expansion; from signing a Master Franchise Agreement with Suning in China to expanding into Portugal and Taiwan. Furthermore, the Group has recently announced that its partner in Norway, the Gresvig group, will convert all stores to Intersport, which was another milestone in IIC’s recent development.

Christian Steven Evers mentioned: “After a few months in my new role as IIC CEO, I feel confident that Intersport (including The Athlete’s Foot) is on the right track to successfully tackle the challenges of a fast-changing environment. Our business model with local entrepreneurship, proximity to consumers and a smart verticalization offers best values for our consumers in more than 60 markets. The gathering in Copenhagen has confirmed that the Group is moving in the right direction and that all market representatives are supporting the defined way forward.” 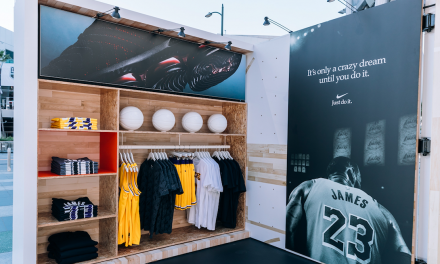