Nearly 250 tennis leaders, industry executives and tennis providers came together on the first day of play at the US Open for the 12th annual Tennis Industry Association (TIA) Tennis Forum, held at the Grand Hyatt New York.

The Tennis Forum had a deliberate mission to bring together top industry leaders to share the latest news and research about the state of the tennis and sports industries, including the current challenges, potential opportunities and collaborative ways to move the sport and industry forward.

TIA President Jeff Williams welcomed attendees and noted some of the challenges the industry faces, including flat participation and lackluster equipment sales. He then introduced U.S. Tennis Association President and Chairman of the Board Patrick Galbraith, who provided updates on the USTA and US Open.

Galbraith was followed by Tom Cove, the CEO and president of the Sports & Fitness Industry Association, who discussed the state of sports participation and retail sales in the U.S., including how the latest round of tariffs on imports from China could affect the industry. “All eyes are on consumer price increases and the overall impact on the economy,” Cove noted, adding that most companies currently are “grinding it out” and holding their head above water, while companies that are struggling now will be in a non-sustainable position in the long term.

In terms of overall sports participation, Cove note a continued rise in total “casual” players, at the expense of total “core” players—a change which is also reflected in tennis participation. Core participants play the sport more frequently than casual players, and also account for the vast majority of consumer spending in sports, so a decline in core participants has a negative effect on sports retail, Cove said, adding, “One of our biggest challenges is converting casual players to core players.”

One bright spot in tennis, Cove noted, is that core participation for ages 6 to 17 over the last five years appears to have increased by about 300,000, with overall youth tennis participation increasing by 500,000 in that same period.

Among the fastest growing sports based on participation over the last three years (of about 120 different sports and activities), Cardio Tennis ranked No. 1, at 11.3 percent growth, followed by pickleball at No. 2, with 9.7 percent growth.

Inactivity continues to be an issue in the U.S., with 82.1 million Americans who say they don’t participate in any form of activity or sports, according to the latest study by the Physical Activity Council.

Inactivity rates for ages 6 to 17 have been declining in recent years, however, when segmented by income, the data shows that households with incomes under $50,000 a year continue to have increasing rates of inactivity, contrasted with income levels over $50,000 where kids are more active.

Of particular concern is play occasions by “avid” tennis players, which declined 31.4 percent in that time period, and were down 6.8 percent from 2017 to 2018. When looked at by age, Storey added, there is a “chasm” in total play occasions for ages 18 to 45, with slight increases for ages 6 to 17 and ages 54-plus. The lower play frequency has also impacted tennis ball shipments to retailers, which were down 19.2 percent from 2009 to 2018, according to TIA data.

In addition, play at public park tennis facilities has decreased over the last five years. Data from 2018 shows that while total tennis players in public parks has remained fairly steady since 2014, play occasions have dropped by about 32 percent.

In terms of retail sales, the last 10 years have seen a decline in racquet shipment dollars to pro/specialty tennis stores, major sporting goods chains and mass merchants. However, wholesale racquet shipment data from the first half of 2019 is showing a slight increase in units shipped, possibly reversing the 10-year slide. In addition, dollar sales for racquets continues to increase, attributed to the increase in the number of racquets now in the $200 to $250 range.

With tennis participation, tennis continues to have an issue with retention of players. While TIA research shows an estimated 4.58 “new” tennis players in 2018, they were offset by 4.42 “lost” players.

The USTA’s chief executive of Community Tennis, Craig Morris, next provided an update on the Net Generation initiative, designed to bring more youngsters into the sport. Among the stats he presented, Morris said there are now more than 3,000 school partnerships, impacting over 2.1 million children. Future steps include continuing to enhance the focus on recruitment and introducing kids to tennis, along with providing value to parents, youth players and tennis providers.

Morris also noted that Cardio Tennis, long managed by the TIA, is now under the USTA’s Adult Play umbrella. The USTA expects to hold a Cardio Tennis Summit in early 2020 to continue to provide training and educational material to Cardio Tennis Global Trainers and Ambassadors, along with enhancing the program’s industry presence and partnerships.

Kurt Kamperman, the chief executive for the USTA National Campus in Orlando, Fla., updated the audience on coach accreditation, and mentioned that for the current academic year, there are now 11 Professional Tennis Management programs at colleges and universities around the country. Kamperman also discussed the pickleball pilot program currently under way for lining tennis courts for pickleball play.

He was followed by Paul Lifton of the International Tennis Federation, who presented the new ITF “World Tennis Number,” which is a global, level-based tennis rating “designed to enable more matches between players of similar levels, from beginners to professionals.” The aim, Lifton said, “is to encourage more players of all ages, genders and abilities to play more tennis, with a clear focus on recreational players.”

Andrew LaFiosca, a senior vice president for Nielsen Sports & Entertainment, shared player and consumer insights from his company’s research, including the global popularity of tennis and the sport’s presence on social media worldwide. He also discussed the increasing role social media is playing overall for sports.

While soccer dominates the worldwide social media market on Facebook and Instagram, with 71 percent of sports fans on those platforms interested in the sport, tennis is fourth overall, with 19 percent of platform users, or 225 million people, showing an interest. In the U.S., said LaFiosca, tennis ranks as the seventh most popular sport on social media, behind American football, soccer, basketball, baseball, auto racing and cycling.

The Forum was followed by the 12th Annual Tennis Industry Hall of Fame induction, which honored the late tennis champion and civil rights advocate Arthur Ashe, along with apparel retail pioneers Cheryl Singer and Andy Varat, the sister-brother team that created Tail activewear in 1974.

Tennis champion Stan Smith honored Ashe at the induction ceremony, where he and TIA executives presented a plaque to Ashe’s wife, Jeanne Moutoussamy-Ashe. Cheryl Singer’s son Brad Singer introduced his mother and uncle at the induction ceremony. The Tennis Industry Hall of Fame was started in 2008 to honor inventors, founders, innovators and contributors who have made a significant impact on the sport of tennis, from the 1960s to the present. Tennis Industry Hall of Fame inductees are recognized with their names displayed on a plaque at the International Tennis Hall of Fame in Newport, R.I.

The Forum closed with a unique Tennis Industry “Discovery Challenge,” a collaborative effort designed to foster creative ideas and innovative thinking to grow the game and business of tennis. The TIA worked with IdeaConnection, one of the world’s leading Open Innovation service companies, to develop the Discovery Challenge, which started out in July with an online competition to showcase innovative solutions and culminated with the presentation of the top ideas at the Forum.

More than 500 people from the U.S. and around the world participated in over 3,000 discussions on how to increase tennis participation, engagement and retention. At the Forum, the top ideas were presented by Carlos Salum, president of Salum International Resources, and Lena Belogolova, chief behavior officer at EasyKnock and a former Facebook leader.

A panel of industry judges determined the Discovery Challenge Grand Prize winner, Ruth-Ellen Alcendor of Paris, France, who received a $1,000 prize for her winning idea –a tennis crowdfunding platform where “individuals, associations, clubs, organizations and other entities will be able to submit their projects for all things tennis, from gear to tournaments.” Examples include requests to build tennis courts locally, requests to buy new equipment, sponsorship for talented young players and requests to send club members to tournaments. 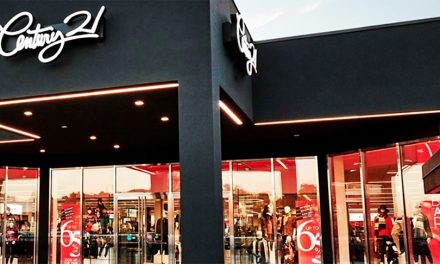 Garmin Q4 Earnings Outpace Sales by Nearly Two to One