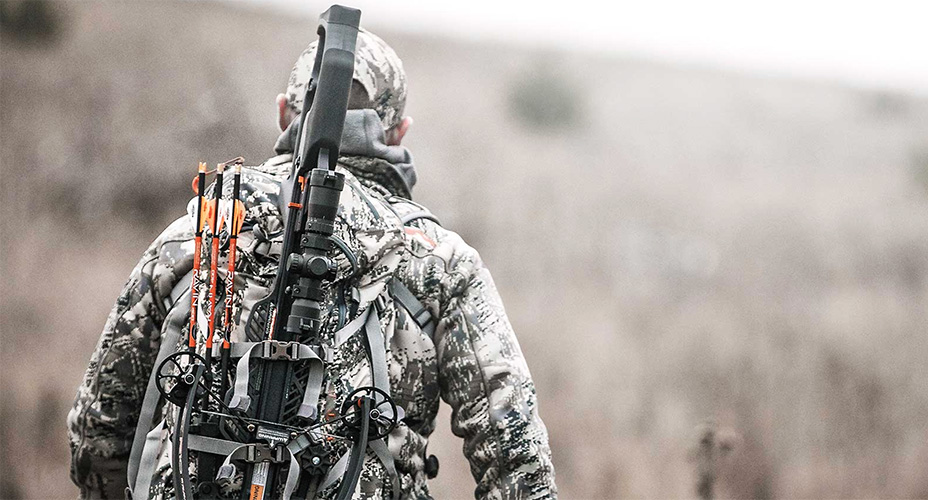 “Our branded consumer businesses were well-positioned to benefit from changes in consumer demand as lockdown restrictions began to ease in North America and, as a result, experienced impressive growth across the board,” said Patrick Maciariello, CODI’s COO, on a conference call with analysts

Velocity Outdoor’s Revenues Climb 116 Percent
Among its active brands, by far, the biggest gain was achieved by Velocity Outdoor, where revenues surged 116.0 percent to $65.6 million due to a significant increase in consumer demand across all product lines. In the U.S., sales reached $58.3 million against $25.9 million. The segment makes airguns, archery products, laser aiming devices, and related accessories under the Crosman, Benjamin, Ravin, LaserMax, and CenterPoint labels.

Velocity Outdoor’s gross margins improved to 32.2 percent in the quarter from 26.1 percent a year ago, primarily attributable to favorable sales product mix of airguns, archery equipment and consumables. Adjusted EBITDA more than tripled to $12.2 million from $2.9 million. Income from operations reached $11.0 million, rebounding from a $1.2 million loss for the same period a year ago.

Maciariello said, “Velocity’s performance surpassed our elevated expectations as investments made over the last several years came to fruition, and continued consumer interest in outdoor activities drove demand for their products. Those significant challenges remain in parts of the company’s supply chain, and commodity price increases are a likely headwind to margin growth. Bookings and sell-throughs remain strong, and growing participation rates in innovative new products in multiple categories continue to benefit the company.”

Marucci Revenues Jump 64.8 Percent
On a proforma basis, Marucci’s sales jumped 64.8 percent in the first quarter to $36.6 million. Proforma results assume CODI had acquired the business on January 1, 2020. The baseball business was acquired in April 2020.

The revenue gain was primarily due to increased customer demand and market share gains in many of Marucci’s key product lines, including aluminum and wood bats, batting gloves and bags. The increased sales from these products occurred in retail and direct channels. In the comparable prior-year quarter, the shutdown of professional and youth baseball and softball in March, as a response to the pandemic, led to decreased demand at the end of the quarter.

Marucci’s gross margins in the quarter improved to 59.5 percent from 55.8 percent due to increased prices of some of Marucci’s key products, a shift of product mix in favor of higher-margin aluminum bats and channel mix. Operating expenses increased due to integration service fees paid to CODI. EBITDA grew by over 140 percent to $13.5 million, substantially exceeding expectations. Income from operations was $10.5 million compared to $2.8 million a year ago. 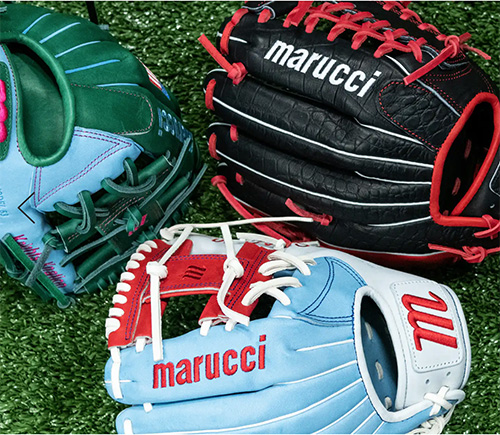 Maciariello said, “The company experienced strong demand from big-box customers and resellers for both its Marucci and Victus brands in advance of baseball and softball seasons. Sell-through in the quarter was similarly strong, and we see a continuation of this trend in the second quarter. As such, we believe the company is taking market share in several categories.”

Maciariello noted that the first quarter of the year typically represents a seasonally larger portion of the company’s revenue and EBITDA. He added, “We do believe, however, that market share gains and strong demand for the brands will lead to continued growth in 2021 as baseball and softball return to more normal seasonal patterns and the industry follows. We remain excited about the prospects from Marucci.”

Gross margins improved to 62.4 percent from 58.6 percent a year ago, driven by manufacturing overhead leverage, cost engineering, and targeted price increases. Operating expenses were higher due to integration services fees paid to CODI. EBITDA increased to $14.1 million, up 76 percent and exceeding expectations. Operating income came to $7.3 million, up from $2.1 million a year ago.

Maciariello said, “BOA experienced strong demand across most of its categories, led by cycling, outdoor and golf. We were encouraged by the continued media exposure this quarter, following the publication of our collaboration with the University of Denver, showing meaningful improvements in performance with the Tri-Panel or Y-Wrap BOA closures.”

He added, “We estimate that some portion of BOA’s exceptional growth stems from brand partners ordering ahead due to supply constraints associated with slowdowns in global shipping and in an effort to ensure solid inventory levels for consumers at retail. We believe, however, that the majority of this growth was driven by underlying strong demand for products using the BOA Fit System and increased market share across multiple categories for these products. We remain impressed with the leadership of BOA and their ability to navigate the changing demand patterns and service their customers.”

Liberty Safe’s Revenues Expand 26.1 Percent
Liberty Safe’s revenue for the quarter increased 26.1 percent, to $31.5 million. Non-dealer sales grew 53.1 percent to $15.0 million, with the gain attributable to strong performance in the Farm and Fleet channel. Dealer sales increased 9 percent to $16.5 million due to higher demand for gun safes that CODI believes “corresponds with continued social, environmental and political unrest, and uncertainty in the United States,” according to the company’s 10-Q filing.

Liberty Safe’s gross margins improved to 28.3 percent from 26.5 percent with the help of favorable operating efficiencies due to higher production volumes and reduced consumer rebates. EBITDA increased by 68.4 percent to $6.2 million. Income from operations jumped 80.6 percent to $5.6 million.

Maciariello said, “Liberty’s continued strong performance in the quarter was driven predominantly by sales to traditional big-box customers. End market demand continues to be very robust, and Liberty’s book-to-bill ratio was significantly above 1.25, leading to much of the company’s production capacity remaining filled into the third quarter. Though management has done an exceptional job managing raw material and labor pressures to date and we remain optimistic about the balance of the year, we expect continued steel price increases will likely be a headwind to gross profit margins for the remainder of the year relative to the first quarter of 2021.” 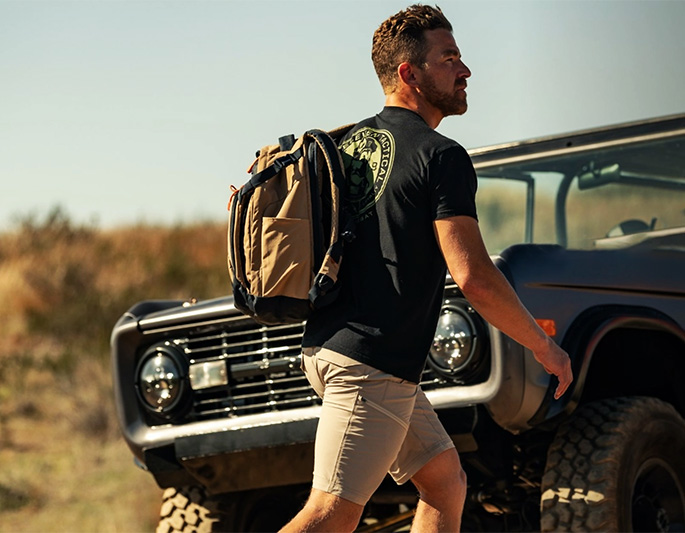 5.11’s Revenues Climb 4.3 Percent
5.11’s sales in the first quarter reached $99.9 million, a gain of 4.3 percent year over year. The gain reflects the growth of $9.3 million, or 37 percent, in e-commerce and retail sales. Retail sales grew largely due to fourteen new retail store openings since March 2020, bringing the total store count to 76 as of March 31. The stores also achieved positive same-store growth after showing negative comps in the year-ago period due to the pandemic’s initial impact. The increase in sales from retail and e-commerce were partially offset by a decrease of $5.7 million in sales in the tactical brand’s direct-to-agency (DTA) business as a large contract fulfilled in the 2020 first quarter was not repeated in the latest quarter.

Gross margins for 5.11 improved to 52.1 percent as compared to 49.3 percent, while operating expenses were slightly higher due to costs to open stores. EBITDA advanced 14.9 percent to $12.1 million. Income from operations came to $5.8 million against $4.6 million a year ago.

Maciariello said of 5.11, “The company’s direct-to-consumer business as a whole continues to significantly exceed our expectations in the first quarter, driving revenue growth and higher margins. 5.11 continues to take significant steps to grow its strong team, its infrastructure and its ability to service its customers across channels. We remain optimistic about the company’s future and believe it is on its way to becoming a world-class omnichannel brand.”

Adjusted EBITDA nearly doubled to $88.0 million from $46.0 million. The increase was primarily a result of the acquisitions of BOA and Marucci and a strong performance by its branded consumer companies.

CODI’s Guidance Lifted For 2021
On the call, Elias Sabo, CEO, said first-quarter results “dramatically exceeded our expectations.” Including BOA and Marucci as if CODI owned them from January 1, 2020, proforma consolidated revenue grew over 20 percent, and adjusted EBITDA climbed more than 45 percent over the prior year’s quarter.

Sabo said, “Our outstanding first quarter results build on the positive momentum from the second half of 2020. Our branded consumer businesses grew at a rapid pace, driven by continued increased participation by consumers and outdoor activity.”

He said at this time, end-market demand continues to rise with bookings and backlog across its consumer goods franchises, with strong levels of growth being seen so far in 2021, including early in the second quarter. Sabo said, “We believe our subsidiary companies are well-positioned to maintain market share gains even following the effects of the pandemic.”

He added that CODI plans to increase spending at a number of its subsidiary companies to continue taking market share.

CODI’s industrial businesses, which had experienced a dramatic decline in demand at the onset of the pandemic, saw its business stabilize in the first quarter and could return to growth as the economy reopens.

Addressing M&A opportunities, Sabo said CODI’s permanent capital structure supports continued investment in its subsidiary companies’ competitive positioning, including building out its digital transformation strategy and efforts to add market share. At the same time, the company’s balance sheet puts it in a strong position to seek both platform and add-on acquisitions. Said Sabo, “We believe there are compelling opportunities for us to generate long-term shareholder value, given continued market dislocations in 2021.”