Inside The Call: Tilly’s Q3 Blows Past Wall Street Targets 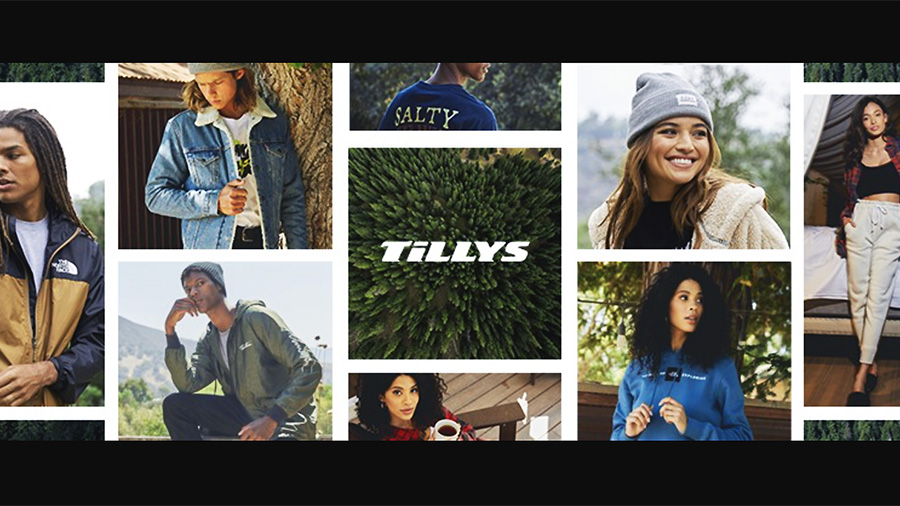 “Fiscal 2021 continues to be a record-setting year for us with record net sales and earnings per share for each quarter thus far,” said Ed Thomas, Tilly’s president and CEO, on an analyst call. “We have already surpassed our total net sales for all of last year, and our year-to-date third-quarter earnings per share have set a record relative to any full fiscal year.”

Net sales from physical stores were $165.3 million, an increase of 58.1 percent. This year, the gain was primarily due to a much more normalized back-to-school season that was free of pandemic-forced closures. Stores represented 80.2 percent of total sales against 74.5 percent last year.

Net sales from e-commerce were $40.8 million, an increase of 14.3 percent year-over-year. E-commerce represented 19.8 percent of sales compared to 25.5 percent a year ago.

SG&A expenses increased 28.6 percent year-over-year but were reduced as a percent of sales to 23.2 percent from 26.5 percent a year ago due to sales leverage. Primary causes of the SG&A dollar increase included:

Operating income significantly improved to $29.0 million, or 14.1 percent of sales, compared to $3.5 million, or 2.5 percent, a year ago. Net income improved to $20.8 million, or 66 cents per diluted share, representing the third quarter in a row of record earnings. In the year-ago period, earnings were $2.1 million, or 7 cents. EPS was well above guidance in the range of 30 to 34 cents.

Back-To-School Season Bounces Back
“The back-to-school season in the third quarter was as strong as ever, driven by a compelling overall merchandise offering in a much-improved consumer spending environment,” said Thomas.

Thomas said Tilly’s had expanded its sustainability shop on its website during the third quarter by introducing over 40 styles of proprietary RSQ-branded merchandise to supplement selections from over 40 third-party brands. The launch of a collection of over 200 vintage and up-cycle product choices has been well received.

Tilly’s opened its ninth and final new store for fiscal 2021 in early November, with plans to open 15-to-20 stores next year. Said Thomas, “These stores will primarily be located within existing markets, primarily California, Texas and the Northeast. We also have approximately 75 existing lease-up decisions to make during fiscal 2022 that are coming up on expiration or have lease kick-out options. We intend to use this opportunity to continue to improve upon our existing occupancy cost structure with these pending lease decisions where possible.”

In November, Tilly’s upgraded its mobile app to offer greater mobile functionality, including loyalty and in-store experience features not previously available. Thomas said, “We expect to continue to invest in improving and enhancing our mobile app experiences throughout 2022. We also expect to upgrade our website platform to a more mobile, responsive version in early 2022. We will also continue to improve our omnichannel capabilities and reinvest in distribution efficiencies to expand capacity for anticipated future growth.”

Fourth Quarter Off To Strong Start
For the fourth quarter, comparable sales for the first month through November 30 increased 19.6 percent compared to last year, with comp increases from physical stores of 27.6 percent and e-commerce of 3.9 percent.

“We are very encouraged by our strong start to the holiday season, especially considering that last year was our most profitable fourth quarter since 2012,” said Thomas.

Inventories per square foot at the quarter’s end were up 29 percent over last year to support the current momentum of the business and capitalize on the holiday season amid the ongoing supply chain challenges. Thomas said that while Tilly’s continues to contend with delivery delays throughout Southern California ports, the aggregate retail value of delayed products currently represents less than 10 percent of Tilly’s total inventory already on hand.

“Our merchants made every effort to position us well for the holiday season, and we believe we have plenty of inventory to produce a successful holiday season,” said Thomas. “These delivery delays may cause the supply of particular items to run low from time to time. But we have been contending with these delays all year long, not just in the holiday season, and they have not stopped us from producing record results each quarter. Despite ongoing concerns about the COVID-19 pandemic, supply chain difficulties, labor challenges, and increasing costs, generally, we remain optimistic about our business prospects for the remainder of fiscal 2021 and into fiscal 2022 at this time.”