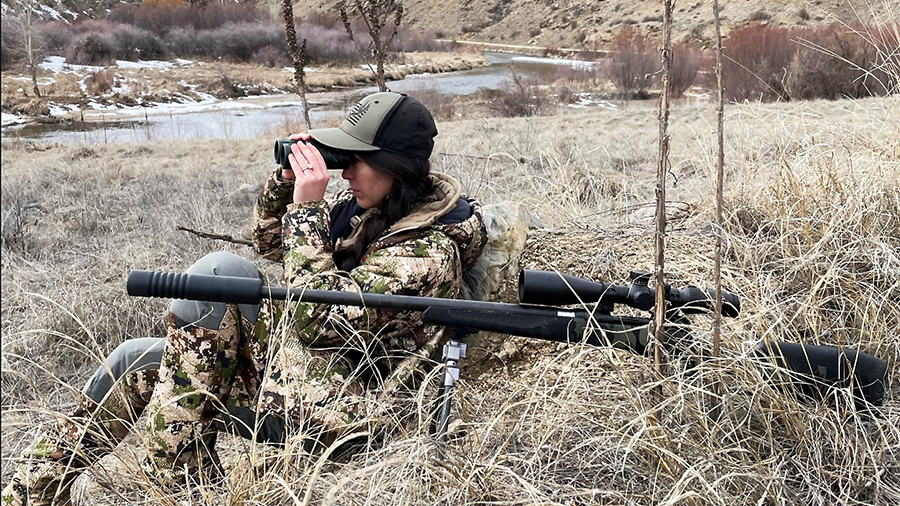 Sportsman’s Warehouse reported earnings on an adjusted basis, and sales were down in the fourth quarter as it anniversaried a surge in firearm sales in the year-ago period. However, results exceeded guidance, and officials said business fundamentals remain strong, with growth in all other categories, led by footwear and apparel.

On an adjusted basis, earnings fell 34.4 percent to $22.0 million, or 49 cents a share, from $33.5 million, or 75 cents, a year ago. Results were just above guidance provided on January 18 that called for adjusted EPS in the range of 43 cents to 48 cents. Wall Street’s consensus estimate was 46 cents.

The retailer had not previously provided guidance for several quarters due to the pandemic and its merger agreement with Great Outdoors Group, first reached in December 2020.

Net sales in the quarter were $416.3 million, a decrease of 5.0 percent year over year. The hunt & fish retailer had guided sales to be in the range of $405 to $410 million. The decline was due to a difficult comparable period as the chain anniversaried the storming of the U.S. Capital on January 6, 2021, which drove increased firearms and ammunition sales across its business. Compared to the fourth quarter of 2019, sales jumped 61.3 percent.

Same-store sales decreased 10.8 percent year-over-year while expanding 38.2 percent against the fourth quarter of 2019. The decline was primarily driven by reduced firearm and ammunition sales of 23.1 percent and 26 percent, respectively, partially offset by increases in footwear and apparel categories of 17.2 percent and 2.7 percent, respectively, over the comparable quarter.

SG&A expenses increased 10.5 percent to $113.4 million. The increase was primarily due to higher payroll expenses from the opening of ten new stores during the year, minimum wage increases at 53 of its stores and a one-time retention bonus paid to certain senior employees during the fourth quarter of fiscal year 2021. Increases were incurred in rent, other SG&A expenses, depreciation, and store pre-opening expenses. As a percent of sales, SG&A expenses increased to 26.5 percent from 24.4 percent.

Sales For 2021 Climb 4 Percent
For the year, sales were $1,506.1 million, an increase of 3.7 percent. The increase was primarily due to the opening of ten new stores during the year and increased commerce growth. The retailer ended the year with 122 total stores in operation. Same-store sales decreased 2.2 percent due to lower firearms and ammunition sales. Compared to 2019, same-store sales increased 42.5 percent.

“We are pleased with our fourth quarter and full-year 2021 results,” said CEO Jon Barker. “We’ve finished the year with the highest revenue recorded in the company’s history, with sales over $1.5 billion, an increase of nearly 4 percent over the prior year. Factors driving the growth included the expansion of its omnichannel capabilities and continued consumer shift to online, which drove its e-commerce business to make up approximately 15 percent of total sales. Sportsman’s Warehouse exited 2019 with e-commerce making up less than 7 percent of sales. Second, Sportsman’s Warehouse added ten new stores during fiscal 2021 and continued to expand its footprint across the U.S.”

Finally, Barker said Sportsman’s Warehouse “experienced exceptional performance in sales at all of our key categories, except for hunting and shooting sports, highlighted by double-digit year-over-year growth in our footwear and apparel categories.

“Overall, our business trends continue to remain strong, and we are experiencing market share gains in several of our key categories. We believe the major building blocks and foundational capabilities for continued omnichannel growth are securely in place and can be capitalized on to grow sales and profitability further,” continued Barker.

In 2022, Sportsman’s Warehouse’s growth drivers include growing its store footprint, growing sales generated from sportsmans.com, leveraging its customer files, and improving the customer shopping experience by remodeling its existing fleet.

Sportsman’s Warehouse plans to again add 10 stores in 2022 to close with a total of 132. The retailer will continue to target a 30,000 square foot box but can open stores as small as 7,500 square feet or as large as 65,000 square feet. A test of a 7,500 square foot store in Laramie, WY over the last 18 months and two smaller 10,000 square foot boxes under a new Spike Camp concept will open this year to represent a new growth vehicle. Barker said, “Our team is actively reviewing over 100 different target markets supporting the opportunity to reach 300 plus stores in the coming years.”

Sportsmans.com has seen significant sales growth outside its traditional geographic areas over the past 24 months. Its third-party FFL (Federal Firearms License) program will be utilized to acquire and retain such customers. Expanded online assortment will also be used to increase online traffic.

Barker said Sportsman’s Warehouse has seen “immense growth” since the start of 2020. Barker said outdoor participation rates are at the highest on record, with 53 percent of Americans participating in some form of outdoor activity over the past 24 month. National Park attendance and hunting and fishing license sales are all setting records, supporting a record 14 million first time firearm buyers since the start of 2020.

Said Barker, “During this period, we’ve grown our customer databases in three ways. Our loyalty program has now surpassed 3.2 million members and drives over 45 percent of revenue. Our active email database has grown over 150 percent since the start of the pandemic. Our co-branded and in-store credit programs have doubled in a year and have proven to be the most valuable customer that we have in our database.”

At the store level,  Sportsman’s Warehouse completed 19 remodels in 2021 with an additional 7 planned for 2022. Said Barker, “Our goal in these remodels is to keep the stores fresh through improving the presentation of merchandise to maximize basket size, optimize the flow of customer traffic, to strengthen our convenience proposition, modernizing the lighting and sightlines for the user experience and reducing our environmental impact through changes to our lighting, water and refuse programs. While the purpose of these refreshes is not solely focused on return on investment, we are seeing encouraging customer trends and traffic patterns in stores that we completed in 2021.”

Jeff White, CFO, said, “Due to the significant increase in demand for our products and the global supply challenges, we ended fiscal 2020 with inventory levels much lower than we preferred. That said, we spent much of 2021 catching up and making significant investments in our inventory to bring it to a level where we believe we can best serve our customers. At this year-end level of inventory, we feel our stores are well-positioned to handle our current sales demand and supply chain challenges.”

The inventory increase also reflects the ten stores added in 2021 and the ten planned stores for 2022. The openings increase inventory on average by $2.4 million per store.

First-Quarter Outlook
For the first quarter of fiscal year 2022, net sales are expected to be in the range of $300 million to $310 million, down at the mid-point by about 7 percent from $327.0 million a year ago. Same-store sales are expected to be down 14 percent to 11 percent year-over-year. In the 2021 first quarter, comps jumped 24.1 percent. Adjusted EPS is expected in the range of a loss of 1 cent a share to a positive 1 cent compared to EPS of 28 cents a year ago.